Four bills that have failed in past sessions—two on guns, two on abortion—have once again been filed in the Wyoming House by far-right legislators hell-bent on doing whatever they can to avoid working on the actual problems facing the state.

Although the Legislature did creep to the right this past election, with defeats of both Democrats and moderate Republicans, these tired old proposals will likely once again limp to the legislative graveyard—but only after plenty sanctimonious chest thumping by their sponsors and, of course, wasting lawmakers’ time.

The same two lawmakers who sponsored them last year, Rep. Cheri Steinmetz (R-Lingle) and Rep. Scott Clem (R-Gillette), have resurrected a pair of pro-life bills that went nowhere last year. They didn’t make it for introduction in the budget session, and no one talked about them.

This is perhaps because there is only one clinic that performs abortions in the entire state, in Jackson. Women who live elsewhere use facilities in nearby states, where the overwhelmingly male Wyoming Legislature can’t make decisions about their reproductive rights (except by forcing them to drive long distances for an abortion). 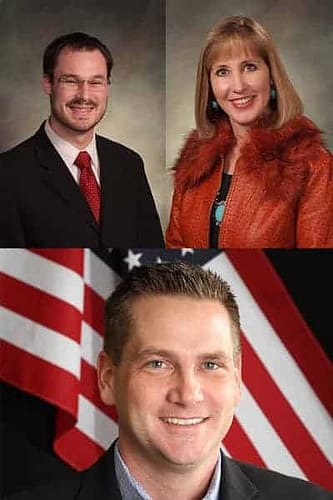 [/fusion_text][/one_half][three_fourth last=”yes” spacing=”yes” center_content=”no” hide_on_mobile=”no” background_color=”” background_image=”” background_repeat=”no-repeat” background_position=”left top” border_position=”all” border_size=”0px” border_color=”” border_style=”” padding=”” margin_top=”” margin_bottom=”” animation_type=”” animation_direction=”” animation_speed=”0.1″ class=”” id=””][fusion_text]Steinmetz’s bill would make selling a viable fetus so its organs can be harvested a felony, punishable by a $10,000 fine and between one and 14 years in prison. It defines a “viable embryo or fetus” as one that can feel pain or could live outside the mother’s womb. Certainly this kind of baby-part selling is a widespread plague running rampant in the state that must be stopped by immediate legislative action.

An identical bill last year, also sponsored by Steinmetz, never even made it to the floor for a vote on whether it should be introduced.

Bills to strengthen abortion reporting requirements have been introduced since 2009, when a version failed to get out of a committee by a 6-2 vote. That bill would have fined a physician for not reporting in due time, but there was no jail time for a violation.

Clem and other Republicans now want a judicial hammer to get physicians to comply: jail doctors who don’t cooperate. Again, this bill would govern a total of perhaps two physicians in one clinic that performs abortions in the state. Clem could literally spend less time just calling to check in on them once a month, rather than trotting out his pet bill to perform its song and dance.

In recent sessions pro-gun bills have been passed by the House and defeated in the Senate. Two similar bills will set up more confrontation between the two chambers over carrying concealed firearms in places where they are now prohibited.

Rep. Bo Biteman (R-Ranchester) sponsored both bills. Biteman won his seat by defeating incumbent Rep. Rosie Berger in last year’s GOP primary. Biteman attacked the moderate Berger for her allegedly agreeing too often with her liberal colleagues, including on gun issues. If Biteman had not defeated her, Berger was in line to become speaker of the House.

Repealing gun-free zones have been controversial and ultimately unsuccessful in past sessions. In 2015 a version that would have allowed concealed carry at schools, college campuses, governmental meetings and the Legislature passed the House, 47-13. But the Senate defeated it 25-3.

Last year the House overwhelmingly passed a bill, 50-10, that would have allowed concealed-carry at governmental meetings. But the bill not only wasn’t discussed on the Senate floor, it was never even assigned to a committee.

Perhaps next year Biteman can propose a bill that allows weapons in the House chamber, but not the gun-hating Senate chamber, so when the terrorists attack he can run over and save those foolish liberal lawmakers like the hero he surely is. Or maybe it will dawn on the freshman representative that his Rambo fantasies don’t do much to improve people’s lives in Wyoming and he should focus on other things.[/fusion_text][/three_fourth]

“Every non-mineral job is a further drain on our limited revenues”: David...

Wyoming lawmakers look to pass a new tax by claiming it’s not a new tax
Scroll to top
Share this ArticleLike this article? Email it to a friend!
Email sent!