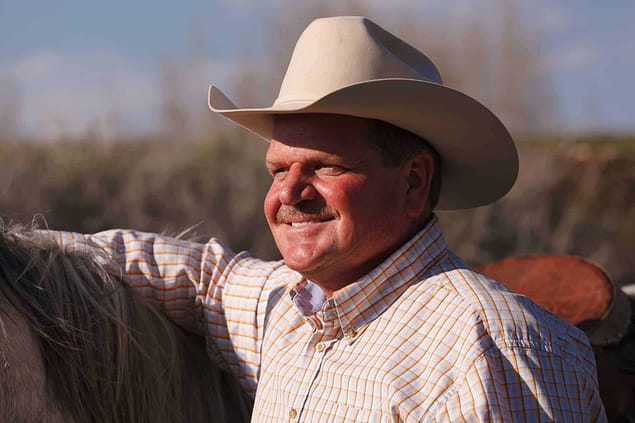 The director of the Wyoming chapter of the National Organization for the Reform of Marijuana Laws (NORML) said late Thursday that any changes made in a bill to reduce penalties for small amounts of marijuana would cause his organization to pull its support for the proposal.

Frank Latta, a former state lawmaker who represented Gillette from 2003 – 05, testified at House and Senate committee meetings on behalf of House Bill 197 this session. The bill would reduce the penalty for first-time possession of 3 ounces or less of marijuana in plant form to 20 days in jail and a $200 fine. Currently the penalty is up to a year in jail and a $1,000 fine.

The bill would also for the first time regulate edible marijuana and other products containing THC, such as oils, ointments, and tinctures. Possession of less than 8 ounces of these products would draw the same 20 days and $200 fine.

Latta said he was surprised at Monday’s Senate Judiciary Committee to hear Chairman Rep. Leland Christensen (R-Alta) tell lobbyists for law enforcement and prosecutors to look over the bill and “get it where they want it.” Prosecutors and lobbyists from the Wyoming Association of Sheriffs and Chiefs of Police suggested so many changes at Monday’s meeting that the committee decided to lay the bill back and work on it Wednesday.

That didn’t happen, however, because the committee chose to work on two concealed carry bills instead. With only two more committee meetings scheduled, there has been no announcement when or if the marijuana bill will be considered this session.

“They’re running out of time,” said Latta in a phone interview late Thursday, after the Legislature went home early for its four-day President’s Day weekend. He added that he isn’t optimistic the bill will be revived or, if it is, that it won’t be changed beyond recognition. “After spending two and a half years, walking away from it would be bad government,” he said.

Christensen did not immediately respond Thursday night to requests for comment on Latta’s remarks.

Latta said NORML began working on a marijuana decriminalization bill with the Joint Judiciary Committee during the interim two and half years ago. “We worked long and hard with the committee to get the bill where it was at,” he said. “It was questionable whether we could support it, but we were waiting to see how it would come out. It was better than nothing.”

Now, though, Latta said it looks like the Senate Judiciary Committee—if it works on the bill at all—will try to increase penalties for first-time offenders, along with sentences for subsequent convictions. As the bill is written, second and third offenses would be “enhanced misdemeanors,” and a fourth conviction would be a felony.

The law enforcement lobbyists’ complaints about HB-197 included a House amendment changing the bill’s “look back” provision. The bill would have increased penalties for repeated convictions for marijuana possession within a 10-year period. The House changed the “look back” to five years, but prosecutors convinced the panel to move it back to the original 10 years. Latta said reversing the House’s decision would be a deal-breaker for NORML.

“If I knew anything from being in the Legislature, it’s that this was going to be a long-drawn out process, a painful process,” Latta said. “But I’m not going to quit.”

He said in addition to the group’s legislative effort, NORML’s board will meet soon to decide if it will renew its effort to petition to put medical marijuana on a future ballot after falling short to bring it to voters in 2018.

It wouldn’t be a surprise if Christensen no longer wanted NORML to be involved in HB-197, though, given what happened in April 2016, when he removed the group from the agenda of a committee meeting that had been set to discuss their proposed initiative. Later, the chairman said he would allow NORML representatives to speak during the public comment portion of the meeting.

At the time, Christensen said he believes there is a difference between groups such as NORML, which he described as an interest group, and the police and prosecutors groups, which he said are not. Those groups represent people who have been elected or appointed to their job, he noted. They work with the public in government service. Christensen, who previously worked in law enforcement, said police testimony is important because “the laws we make directly affect these guys.”

As though the laws they make don’t directly affect the rest of us.

WEA official: Doing nothing on education funding is better than Legislature’s...
Scroll to top
Share this ArticleLike this article? Email it to a friend!
Email sent!