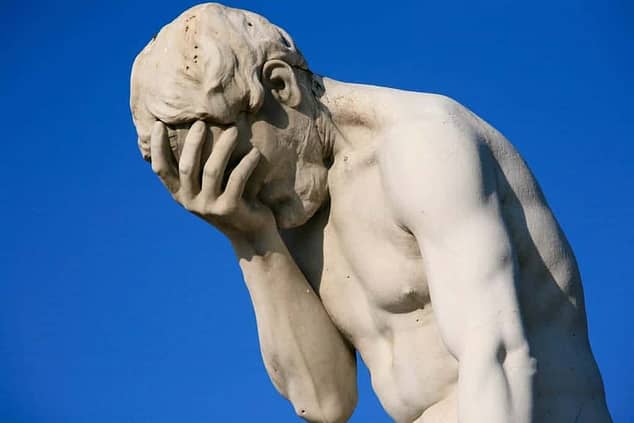 People hoping to see state lawmakers meaningfully reduce penalties for possessing small amounts of marijuana in plant form were hosed Wednesday by the Senate Judiciary Committee, with a great deal of help from law enforcement.

Currently, a first conviction for possessing less than three ounces of marijuana in Wyoming is a misdemeanor punishable with up to a $1,000 fine and a year in jail. Second and third convictions are also misdemeanors, but a fourth conviction is a felony punishable by up to five years in prison and a $10,000 fine. The sentence for an initial conviction is one of the harshest in the nation.

House Bill 197, sponsored by Rep. Jared Olsen (R-Cheyenne), would have changed the penalty for having less than 3 ounces of pot in plant form to only up to 20 days in jail and a $200 fine. The same punishment would be meted out for possessing up to 8 ounces of newly defined edible forms of THC, the psychoactive ingredient in marijuana.

That’s how the bill came out of the House, which for once was more sensible than the Senate—or, more sensible at least than the five members of the Senate Judiciary Committee, who unanimously passed a bastardized version of HB-197 that completely eliminated reference the plant form of marijuana.

So a kid who gets caught with half of a joint has to get an expensive lawyer and fight like hell to stay out of jail for up to a year. The kid who’s caught eating a marijuana brownie gets, in comparison, a slap on the wrist and a misdemeanor on his record.

A long road to disappointment

The Joint Judiciary Committee worked for three years on a bill to define edible pot, all because some judges have thrown out cases of possessing edibles because there’s no state statute that says they’re illegal. Prosecutors couldn’t live with that.

Three years, and they still couldn’t keep from screwing it up.

The Judiciary panel rejected a compromise bill last year that included both plant and edible forms of pot. Olsen, with a surprising number of conservative freshmen on board, agreed to sponsor the bill himself. But he apparently didn’t set his hopes too high.

Olsen didn’t object when Senate Judiciary took out reference to the plant form, or when the committee changed the House bill’s “look back” provision from five years to 10 years. That means if someone gets arrested for a second possession charge within 10 years, it counts as a second violation with a higher penalty.

After the committee’s vote, Olsen said that at first glance, he was satisfied with the bill and described it as “a pretty good step forward.” He was proud that in the House it “drew support from across the spectrum—Democrats, Republicans, civil libertarians, social conservatives.”

“That was the neat thing [but] I’m not sure it’s going to have that cross-spectrum anymore,” Olsen said.

Frank Latta, a former member of the House from Gillette in 2003 – 05 who is now the director of the Wyoming chapter of the National Organization for the Reform of Marijuana Laws (NORML), says the group can’t support HB-197 as it will go to the full Senate. He’s not happy about it, either.

“A lot of us worked for several years to reach a compromise we could live with,” Latta recalled. But he said law enforcement representatives hijacked the bill and removed two of its most important elements. Last week Latta said Judiciary Chairman Sen. Leland Christensen (R-Alta) told law enforcement representatives and prosecutors to change the bill to their liking. Christensen said he “doesn’t recall” making that remark at the committee’s meeting.

Latta said NORML has immediately started its campaign to actively fight the bill in the Senate. “When I was in the House, we didn’t take kindly to things like this from the Senate,” he said. “We’ll see what happens this time if it goes to a conference committee.”

Will edible THC finally be on the books?

Dr. Wendy E. Braund, senior administrator of the Public Health Division and State Health Officer, told the committee she’s reviewed penalties for edibles in other states and “they’re all over the map.” She said nine states consider any amount of edibles a felony. Wyoming’s proposed penalty for up to 8 ounces of edibles, Barund said, is a higher level than in most states.

Edible marijuana products are described in the bill as “a preparation, compound, mixture or substance not in plant form which contains marijuana or THC intended for consumption, not limited to baked goods, candies, edibles, ointments, potable liquids and tinctures.”

For “super concentrated” amounts of THC that are not eaten, such as “dabs”—wax soaked in hash oil and smoked—the limit in Wyoming would only be 3 ounces. John Knepper, chief deputy attorney general, successfully pushed that amendment through the committee—one of many victories the “law and order” set claimed over reason and logic in this debate.

WEA official: Doing nothing on education funding is better than Legislature’s...

Two anti-abortion bills pass first vote in the Senate; two votes to go
Scroll to top
Share this ArticleLike this article? Email it to a friend!
Email sent!