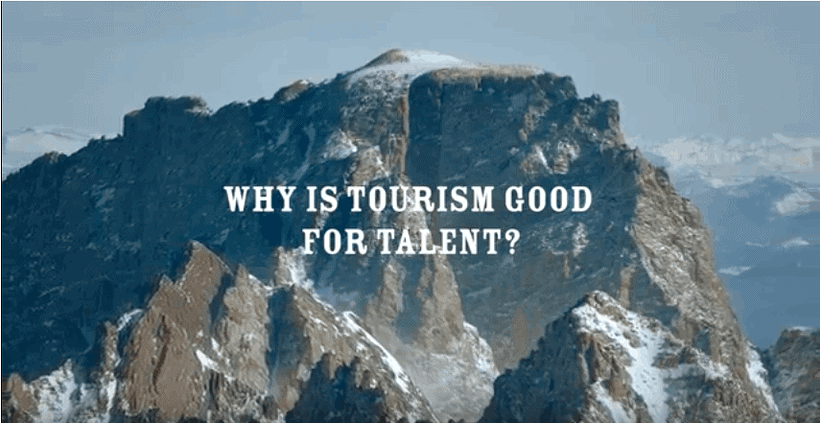 Just in the nick of time to save our economy, state lawmakers have provided Wyoming a brand spanking new acronym: ENDOW.

Gov. Matt Mead announced plans for ENDOW at a business forum last November. In his State of the State address in January, he said Wyoming needs a 20-year economic plan. A little more than four months later the Legislature has approved the new initiative, but not everyone is singing its praises.

Don’t we already have the Wyoming Business Council for this?

Sen. Cale Case (R-Lander) said he believes the agency will be doing work that the Wyoming Business Council should already do. Case, a trained economist and free-market diehard, said he thinks the WBC is already well-funded. But, he added, “It’s kind of grown a bit outside of our ordinary purview. We don’t look over its shoulder very much. I’d like to have more scrutiny over there, and see why they can’t [diversify the economy] with existing funds.”

Sen. Charlie Scott (R-Casper) agreed. “Why do we need to create a new agency as opposed to giving it to … the Business Council and modify their statutes and sharpen their focus a bit?” he asked.

Case predicted ENDOW will create another bureaucracy and “leave open the door for crony capitalism.” He said he can’t prove it, but when he sees economic diversification bills come up, he believes people have already been selected for leadership positions.

Case also said the state does not have a good track record when it comes to funding economic diversification efforts. “The old Amendment IV loan program was terrible,” he recalled. “People call the Kern River Pipeline a success, but they didn’t use any of the money. None of those [projects] needed any of the funding mechanisms that were provided by the state.”

“I’ve pretty much come down to this: If the private sector doesn’t want to fund it, how does the state have an advantage in analyzing and doing this?” he said. “In fact we don’t have an advantage, because we tend to do things for political reasons.”

The Wyoming Business Council is not immune from budget crunch

But the Wyoming Business Council isn’t in tremendous shape to propel economic diversification on its own after weathering several years of budget cuts. WBC Communications Director Ron Gullberg said the governor’s 2017 – 18 budget slashed the council’s Business Ready Community Grant and Loan program to around $38.5 million, nearly a 50 percent decrease compared to its resources for the 2015 – 16 period. The Legislature is looking to make even more cuts to the fund, which finances public infrastructure improvements on behalf of private enterprise. Gullberg said the council has also seen a nine percent reduction in its budget that’s separate from the grant program, plus seven positions eliminated, with two more jobs likely to disappear this year.

The WBC will play a leading role in the ENDOW effort, Gullberg said, but the new project will connect his agency’s diversification efforts with those of the Department of Workforce Services, the University of Wyoming, and other groups. He said ENDOW will help the WBC “leverage resources” and “increase collaboration” between groups—which is exactly what some lawmakers characterize as increased bureaucracy.

Despite opposition, Senate File 132 sailed through both houses of the Legislature. It doesn’t hurt that it was proposed by the governor and sponsored by Senate President Eli Bebout (R-Riverton). The Senate passed it 23 – 7, the House vote was 45 – 15, and on Tuesday the Senate voted 27 – 3 to concur with the House’s changes.

The Powder River Basin Resource Council lobbied against SF-132. “A large focus of the bill is on promoting and propping up existing mineral industries through ‘added-value’ projects like CO2 pipelines, uranium processing, nuclear power, large scale petrochemical plants, or coal gasification plants,” said Casey Quinn, PRBRC organizer, before its passage. “Is this money actually going to be used to diversify the economy?”

Quinn said his organization is worried because ENDOW will be funded by taking savings from the state’s “rainy day” account and authorizing the governor to spend it however he sees fit. He said instead of funding ENDOW, the state could help struggling cities and towns or spend the money on education.

“There is actually no specified outline in the bill of how that money can and will be spent, which means the ENDOW Council and the governor can use it for anything in a short amount of time with little to no oversight, Quinn noted. “We’ve seen task forces like this before, and none of them are able to solve the real problem for these industries: the economic market.”

Sen. Drew Perkins pointed out that the House had amended the ENDOW bill to add the presidents of both chambers of the Legislature to the agency’s council—a move he viewed as a good one.

Who’s looking for logic and consistency at this point?

Rep. David Miller (R-Riverton) voted for SF-132, even though some of his earlier pronouncements this session made it clear he didn’t actually see the need to diversify Wyoming’s economy.

“Diversifying the economy will not diversify the tax base. In fact, every non-mineral job is a further drain on our limited revenues,” said Miller, the House majority floor leader. “Minerals can support Wyoming in perpetuity. However, that requires access to the minerals.”

It’s a pretty big leap to go from considering all non-mineral employment as a drain on the state’s revenues to voting in favor of a $2.5 million economic diversification council that is supposed to help court companies bringing those non-mineral jobs to Wyoming (unless, of course, the point of ENDOW is not really to diversify the economy but to prop up already existing industries).

But hey, who’s looking for logic and consistency at this point in the legislative session?

“Some of the hardest decisions you have to make is when you’re broke and don’t have any money,” Bebout said about funding ENDOW. “We need to spend money now to prepare for what we’re doing in the long term.”

He made this statement just days after killing a criminal justice reform bill allegedly because it’s $2.5 million initial price tag as too high, even though the reform would have saved Wyoming taxpayers roughly $7.6 million a year.

Senate Says ‘Welcome Back’ to Nonviolent Felons by Restoring Voter Righ...
Scroll to top
Share this ArticleLike this article? Email it to a friend!
Email sent!