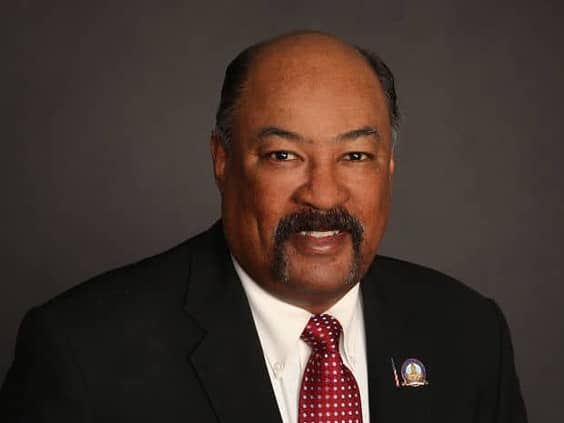 It took him three tries and a lot of work, but Rep. James Byrd (D-Cheyenne) has finally passed a bill to automatically restore voting rights to nonviolent felons released from prison.

Asked what made the proposal successful this session, Byrd replied, “Different people being elected who understand that not changing the current system is more of a hindrance and an overburden than actually something that we should be doing.”

Prior to the bill, nonviolent felons have been able to have their voting rights restored by the Department of Corrections, but they must apply, wait five years and not commit another felony during that time period. Byrd’s House Bill 75 eliminates the wait and makes the process automatic once a former prisoner has completed his sentence, including parole and probation obligations.[/fusion_text][/one_third][two_third last=”yes” spacing=”yes” center_content=”no” hide_on_mobile=”no” background_color=”” background_image=”” background_repeat=”no-repeat” background_position=”left top” border_position=”all” border_size=”0px” border_color=”” border_style=”” padding=”” margin_top=”” margin_bottom=”” animation_type=”” animation_direction=”” animation_speed=”0.1″ class=”” id=””][fusion_text] 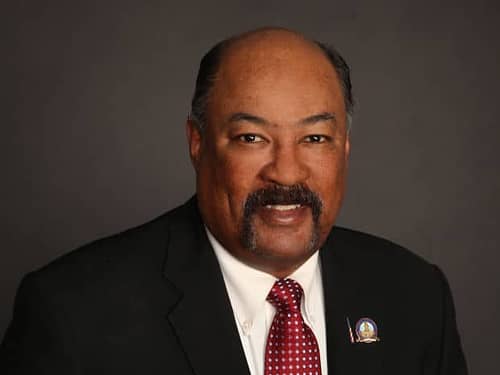 The bill sailed through the House 41 – 17, but it wasn’t easy for the sponsor to get it approved by the Senate. Two of his chief opponents, Sens. Dave Kinskey (R-Sheridan) and Larry Hicks (R-Baggs), were on the Senate Judiciary Committee, which stood as a roadblock that could have prevented HB-75 from reaching the Senate floor.

On the last day possible for the bill to be recommended by a committee, Kinskey and Hicks tried to stall it by repeatedly asking Byrd questions they obviously knew the answers to, especially since it’s not a lengthy bill and they had seen it the past two years. But it won the votes of Chairman Leland Christensen (R-Alta) and freshman Sens. Tara Nethercott (R-Cheyenne) and Liisa Anselmi-Dalton (D-Rock Springs).

Byrd said Hicks, Kinskey, and Sen. Drew Perkins (R-Casper) didn’t like the bill the first time they saw it. “They just want to be in control of more things than they should,” he said of his opponents. “This is really a designation for the court. My feeling is when you’ve finished what the judge and jury assigned you, we should not be piling on an arbitrary punishment.”

Hicks and Perkins tried to convince the Senate on Wednesday to adopt their ass-backward brand of criminal justice, but fortunately their colleagues rejected their effort and passed HB-75 by a 22 – 8 vote.

Perkins began the debate on third and final reading by claiming the current system of voter rights restoration has worked well for many years. “I wouldn’t mind if this was part of a restorative justice process and people were making amends,” he said. “At the end of the day this really doesn’t have much of a process. You did your time, you have paid your debt to society, but as everyone knows there are far-reaching ramifications for felony convictions.”

Perkins said the Senate has historically taken the issue of committing a felony seriously “because it has a dramatic effect on constitutional rights.” What he meant wasn’t exactly clear, but he appeared to think throwing the word “constitutional” in there would have some effect. It turns out the senator’s main problem with the bill is it does not also restore the voting rights of violent offenders.

“At the end of the day you could have a person who makes a one-time mistake,” Perkins related. “A violent felony could be vehicular homicide, it could be an aggravated assault with a vehicle while under the influence.

“That happens 10 years ago, they’ve been clean and sober for 15 years, this bill doesn’t apply to them. On the other hand [someone convicted of] a nonviolent felony can rip off elderly people and perhaps ruin their retirements—and there are a lot of expensive ramifications to that—and they get a walk on it.”

The principles of restoration and prevention

Sen. Ogden Driskill (R-Devil’s Tower) said HB-75 would give felons who committed nonviolent crimes “a chance to rejoin society quicker.” Sen. Cale Case (R-Lander) said these offenders could apply for voter restoration now but it’s a complicated process that can be made difficult to understand because of “snaggles in paperwork.”

“Haven’t you all had something change in your life?” the senator asked. “I’d just bet that prison changes people’s lives, and serving their debt to society, fulfilling all of the terms of their probation and parole, and restitution and sitting in a cell, I think that changes people. Let’s give them a handshake. Let’s say, ‘Welcome back.’“

Hicks clearly wasn’t going to play along with this Kumbaya moment on the Senate floor. “This is about the burden of responsibility,” he said. “You as a voter have a responsibility when you move from one side of town to a new precinct to change your voter registration.”

The legislator apparently isn’t aware that a person whose voting rights have been restored has to do the same thing. There is no special treatment; their names don’t magically appear on a precinct’s voting rolls.

But the Senate agreed instead with Sen. Chris Rothfuss (D-Laramie), who summoned the constitution himself, but actually had a point to make.

“There’s a bit of the Wyoming Constitution that we don’t bring up very often—it’s Article 1, section 15,” Rothfuss said. “What it indicates is that the penal code should be based on the main principles of restoration and prevention, certainly not bureaucracy. What we have here is not consistent with those principles. … We’re a lot better off with legislation like this, where we’re welcoming them back to society instead of allowing them back but still trying to keep them at a distance and preventing them from engaging.”

SESSION RECAP: Lawmakers opted to tackle 10 percent of Wyoming’s education...
Scroll to top
Share this ArticleLike this article? Email it to a friend!
Email sent!