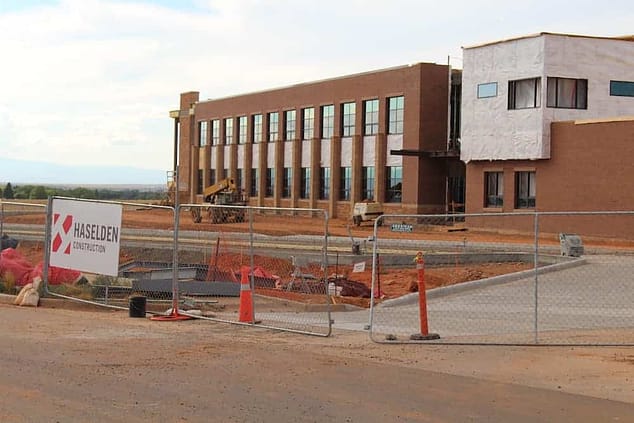 The Legislature did nothing this session to account for the fact that the state's fund for school construction and maintenance will soon disappear.

How many ways did the Legislature fail Wyoming’s public education system during its recent session?

It’s difficult to count them all, but here are two of the most important:

First, lawmakers—specifically Republicans in the state Senate—were unwilling to increase taxes to raise money so schools could have a steady stream of annual revenue beyond mineral taxes. 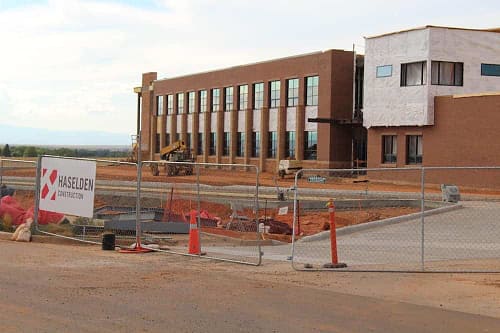 The Legislature did nothing this session to account for the fact that the state’s fund for school construction and maintenance will soon disappear.

[/fusion_text][/two_third][four_fifth last=”yes” spacing=”yes” center_content=”no” hide_on_mobile=”no” background_color=”” background_image=”” background_repeat=”no-repeat” background_position=”left top” border_position=”all” border_size=”0px” border_color=”” border_style=”” padding=”” margin_top=”” margin_bottom=”” animation_type=”” animation_direction=”” animation_speed=”0.1″ class=”” id=””][fusion_text]After two months of disagreement, the House and Senate compromised on the final day of the session and reduced funding for education by $34.5 million, which is about 10 percent of the estimated $380 million budget shortfall for public schools over the next several years. Apparently they think they can deal with the other 90 percent of the problem at some undetermined later date.

“Most of what we did was kick the ball down the road. We really didn’t do very much in the end,” said Sen. Chris Rothfuss (D-Laramie).

A strategy based on minerals and hope

The Senate leadership, with Sen. Eli Bebout (R-Riverton) in the president’s chair, was adamant that all the state has to do is make drastic cuts in education spending to end the funding crisis. It arbitrarily reduced school funding by $91 million in its version of the budget bill, without even identifying where cuts would be made. Sen. Charlie Scott (R-Casper) plucked that number out of thin air and the rest of the Senate approved it.

Meanwhile, the House proposed a solution loosely based on a “white paper” that a subcommittee of the Joint Education Committee developed late last year. It included a mix of redistributing mineral tax revenues, borrowing from the state’s “Rainy Day Fund,” and increasing the state sales tax. Sen. Hank Coe (R-Cody) said the Senate wouldn’t budge from its position that the mineral industry could rebound by next year, making it unnecessary to look elsewhere for revenue now. A real “hope-based” strategy.

Ken Decaria, the government relations coordinator of the Wyoming Education Association, said there is no question that if the committee’s white paper had become law this session, it would have raised enough revenue that the state would no longer have a huge school funding deficit in the next few years.

“We have no revenue,” Rothfuss explained. “We needed to do something this session … but no one was willing to do it because it required having some kind of additional revenue, and the political will to pass any kind of tax [increase].”

Rothfuss tried but was pummeled in the vote by his Senate colleagues for suggesting a 1 percent sales tax hike to be split between school capital construction and major maintenance. Once the economy improved, the entire amount would be used for capital construction. His proposal was lambasted by a 5 – 24 vote.

“I wanted to make sure we had a proposal that literally would have solved the problem, to put it on the table for discussion,” he said. “People know we should have gone that route but it was pretty clear that we weren’t.”

Legislators weren’t absolutely forced to address the education shortfall this year, because the state has enough revenue in reserve to make it through the final year of the biennium. But it will quickly burn through that $550 million and have nothing left.

Some legislators this session thought they had the answer to the funding deficit, and they said it every chance they could: “recalibration.” All the state had to do, they said, was change the education funding formula next year and everything would be fine.

“They said, ‘We’ll recalibrate with the purpose of cutting money out of education,’ which is not the purpose of recalibration whatsoever,” Decaria said. “Every time I heard one of [the legislators] make that statement, I would have thought their legal counsel would have come a little more unglued.”

Decaria said if legislators really wanted to change education, “They could have gone into the basket of [educational] goods and services and said, ‘This is what we don’t want to do anymore.’“ Except lawmakers don’t like to cut individual programs during the session because they fear blowback from the people their cuts harm.

Even House Speaker Rep. Steve Harshman (R-Casper) told members on the final day of the session that there’s no guarantee that education costs will actually be reduced after recalibration. “They may be even higher,” he noted.

Rothfuss said he thinks the recalibration solution was being driven by “those who hope a different set of consultants will come back with a magically smaller number that would go a long way toward solving the problem,” plus be constitutional so the courts don’t have to get involved.

“But that doesn’t mean we’re going to magically teach our kids as well, or have a quality, robust education,” Rothfuss said. “We’ll just have a constitutional, mediocre educational system. We can achieve that. But that’s not the challenge I want to undertake.”

Lowering the bar for Wyoming children

Decaria said watching the Legislature work—or not work—on the education funding problem was akin to watching them dismantle so many gains the state’s education system has made in the past couple decades.

“I’m confused,” he said. “Are we trying to be like everybody else, and lower the bar? I hope that’s not the case. At one point we wanted to be better than anyone else.”

Last month, after the Senate shocked observers by cutting education by $91 million in the budget bill, Natrona County School District No. 1 Board Chairman Kevin Christopherson said at that level the number of layoffs would “be a bloodbath, here and across the state.” At the time Decaria said the impact would be “disastrous” for the public school system.

With cuts ultimately coming out of the Legislature about one-third of that amount, Decaria is no longer predicting disaster. In fact, while he knows the cuts will hurt Wyoming schools, he said he remains steadfastly optimistic about the future.

Decaria said Laramie County School District No. 1 in Cheyenne is hoping teachers and staff will take advantage of early retirement incentives so it doesn’t have to eliminate positions. However, he said not every district can do this, and small school districts may have the most difficulty reducing their budgets.

Meanwhile, the bright idea of recalibrating the state’s education funding formula calls into question the constitutionality of lawmakers’ plans. In 1995 the Wyoming Supreme Court made a landmark ruling that each child must be provided an equal opportunity for a quality education, no matter the size or wealth of the school district. It’s been a thorn in the Legislature’s side ever since, as lawmakers have struggled to meet the mandate. And the thorn will only dig deeper as they refuse to raise the revenue necessary to provide that education—perhaps to the point of litigation.

“We’re probably as close [to another lawsuit] as we’ve been in quite awhile,” Decaria said. “I think a lot districts are pretty frustrated.”

SESSION RECAP: A marijuana reform bill is a terrible thing to waste
Scroll to top
Share this ArticleLike this article? Email it to a friend!
Email sent!