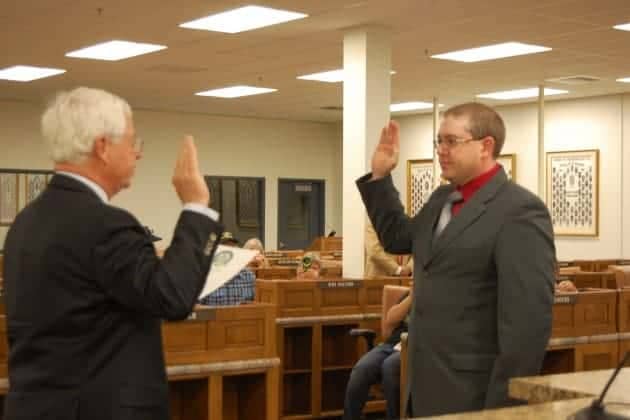 Lars Lone promises to introduce the most pointless bills imaginable.

Imagine you’re a state legislator. So it’s up to you to propose laws that will make Wyoming a better place. How to you figure out which laws to propose?

One way might be to speak with your constituents about issues that are affecting their lives. You might find out their problems, then conduct research and discuss those topics with experts to ensure you have the best information. Then, you could draft a bill to propose to your colleagues that would hopefully solve the problem at hand.

Instead, more and more Wyoming lawmakers seem to be merely combing through their email inboxes, finding offers for pre-written legislation from national think tanks, and proposing bills that have absolutely nothing to do with the real problems facing our state.

This lazy, detached approach to governing wastes time and resources that could be otherwise spent addressing actually pertinent issues, like the state’s massive budget shortfall and education funding crisis. It erodes our state’s distinct character—one that’s based on neighbors with differing views working things out among themselves—and often simply makes Wyoming look dumb. Like we’re short on ideas of our own.

Lawmakers put forth a number of these bills during the recent legislative session. They were easy to spot, because the proposals parroted hot-button issues you hear about on national news that have already been controversial in other states.

Mercifully, this year’s think tank bills were by and large recognized for their local pointlessness and summarily killed. Testimony from state election officials on the rarity of voter fraud in Wyoming helped defeat a measure to require voters to show IDs at the polls. A “bathroom bill” to police transgender people in public restrooms was squashed for a number of reasons, including the absolute absence of problems caused by transgender people in Wyoming restrooms. Freshman representative Lars Lone (R-Cheyenne) sponsored both of these.

Gun and abortion bills backed by national lobbies got a lot of attention this session. At least guns are a pertinent topic of conversation in Wyoming, since just about everybody owns one. Abortion, on the other hand, is a procedure so rarely performed here that laws to further restrict it represent the most absurd and unproductive examples of well-funded ideologues exerting their influence from beyond the state’s borders.

One dead giveaway of a think tank bill is when it appears at a glance to do one thing, but actually does the opposite. I guess they figure us bumpkins in Wyoming won’t know the difference.

House Bill 135, for instance, was a so-called “nondiscrimination” bill whose whole point was to protect acts of discrimination against LGBT folks. A proposed amendment to the state constitution looked like it was meant to protect public lands, but really it would have laid the groundwork for transferring federal public lands to the state, making them vulnerable to privatization. Another amendment announced itself as a “civil rights” bill but really would have prohibited “preferential treatment” in hiring minorities—which, you know, is a huge issue in a state that’s more than 90 percent white.

None of the bills mentioned here resulted from lawmakers talking to members of their communities about the day-to-day problems they face. They’re regurgitations of laws that have already been shopped around to Indiana, Arizona, Georgia, Wisconsin, and other states where national groups hope to make headway pushing their agenda.

Of course it’s easier to propose legislation that the Heritage Foundation or the American Land Council sent you than it is to come up with your own ideas to address the particular challenges Wyoming’s people face.

But we don’t need “easy” right now. We need leaders who are in touch and responsive to the challenges that face their constituents.

By the looks of the laws introduced this session, we’re in dwindling supply of legislative leaders in that regard.

SESSION RECAP: A marijuana reform bill is a terrible thing to waste

SESSION RECAP: On public lands, the action took place before the session be...
Scroll to top
Share this ArticleLike this article? Email it to a friend!
Email sent!