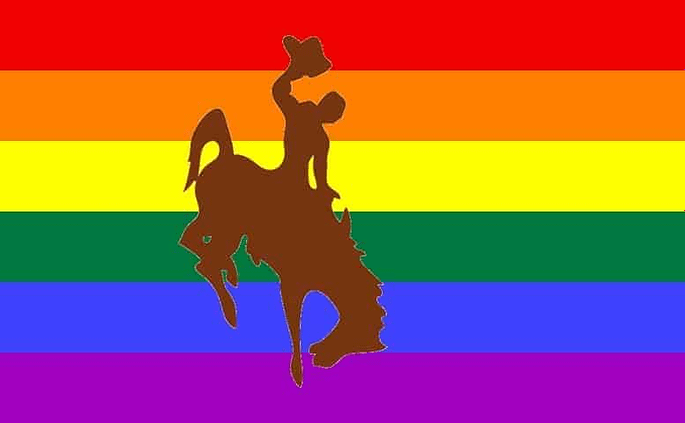 Gay rights advocates helped stir up enough opposition to defeat two terrible bills during the legislative session that would have legally protected blatant discrimination against Wyoming’s LGBT population. However, a bill to protect gay workers from being fired or paid less for their sexual identity died.

The deservedly maligned House Bill 135 would have taken everything the “Equality State” is supposed to stand for and turned it on its head. The bill, sponsored by Rep. Cheri Steinmetz (R-Lingle), would have enabled state and local government workers to cite religious convictions in refusing to serve gay and transgender people. So, for instance, a county clerk could refuse to issue a wedding certificate to a same-sex couple, or an EMT could refuse to treat a transgender patient.[/fusion_text][/one_third][two_third last=”yes” spacing=”yes” center_content=”no” hide_on_mobile=”no” background_color=”” background_image=”” background_repeat=”no-repeat” background_position=”left top” border_position=”all” border_size=”0px” border_color=”” border_style=”” padding=”” margin_top=”” margin_bottom=”” animation_type=”” animation_direction=”” animation_speed=”0.1″ class=”” id=””][fusion_text] 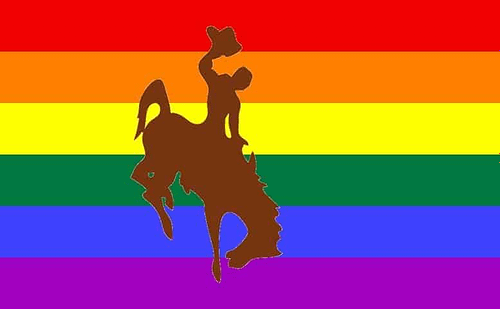 [/fusion_text][/two_third][four_fifth last=”yes” spacing=”yes” center_content=”no” hide_on_mobile=”no” background_color=”” background_image=”” background_repeat=”no-repeat” background_position=”left top” border_position=”all” border_size=”0px” border_color=”” border_style=”” padding=”” margin_top=”” margin_bottom=”” animation_type=”” animation_direction=”” animation_speed=”0.1″ class=”” id=””][fusion_text]Legal experts advised Wyoming Equality, a LGBT advocacy organization, that HB-135 was one of the most restrictive of the so-called “religious freedom restoration bills” being considered by many conservative state legislatures. It was so outlandish that not only could a firefighter refuse to help an injured gay person, but that firefighter could also claim discrimination and sue the fire department if the firefighter’s boss tried to reprimand him/her for dereliction of duty.

The bill also would have protected private businesses that discriminate against LGBT folks. This type of discrimination is already legal in most of Wyoming—except for Laramie, which has a municipal nondiscrimination ordinance. HB-135 would have rendered Laramie’s ordinance obsolete.

The public outcry against HB-135 was cacophonous, making it so controversial that state leaders from the governor on down chastised its sponsors and those of other “social issue” bills for distracting the legislature from addressing the state’s real problems.

In the face of public outcry, Steinmetz withdrew her bill before the House Judiciary Committee could even consider it. She bizarrely said there was not enough time for the Legislature to weigh in on the matter, which made absolutely no sense given the timing of her decision.

Her explanation became even stranger. “The intention of this bill has always been to hold Wyoming to the highest standard in terms of equal protection under the law,” Steinmetz said in a statement (she refused to talk to reporters).  ”The religious freedoms guaranteed to each and every one of us are the bedrock on which our Constitution is founded. When these unalienable rights are threatened, so too is every other constitutional right we enjoy.”

Flushing bathroom bills down the toilet

As the drama around HB-135 unfolded and ended in the bill’s demise, the specter of another anti-LGBT bill loomed. In early January, Rep. Roy Edwards (R-Gillette) announced he would sponsor a bill that would govern which bathroom transgender people would be allowed to use. The news received a banner headline in the Casper Star-Tribune.

Much the same as a controversial law passed in North Carolina that prompted economically damaging boycotts of the state by businesses, organizations and governments, Edwards wanted to require people to use the bathroom, locker room or changing facility that corresponds to the gender listed on their birth certificate. But he admitted that he’s never heard of a situation in Wyoming related to the problem he was attempting to “fix.”

Edwards is afraid that without a state law, a man could enter the women’s public bathroom and spy on females using the facility. He believes people choose their sexual orientation. Like many self-styled culture warriors, Edwards turned to religion to explain why he is so focused on transgender people. “God will sort them out,” he said.

Ultimately Edwards decided not to sponsor his bathroom bill, but Rep. Lars Lone (R-Cheyenne) filed his own proposal. House Bill 244 would have charged someone with public indecency for using a public bathroom or changing facility designated for the opposite sex. Unlike Edwards’ proposal, HB-244 would even punish individuals whose birth certificate was amended to reflect their gender identity.

People convicted of using the wrong bathroom under Lone’s bill would be guilty of a misdemeanor punishable by up to six months imprisonment, a $750 fine or both. But after Governor Mead and Legislative leadership made it clear that they were squeamish about controversial bills, HB-244 was never brought to a vote in the House.

It’s still legal to fire employees for being gay

Enthusiasm for the defeat of HBs 135 and 244 was dampened by the failure of another bill that would have protected LGBT employees from being fired because of their sexual orientation.

However, an LGBT employee can be discriminated against in wages and hiring solely because of their sexual orientation or gender identity. For example, a worker who is married to someone of the same sex could be fired for simply displaying a wedding photo in the work area.

Rothfuss had sponsored a similar bill in 2015, but that bill also aimed to protect LGBT Wyomingites from housing discrimination. Rothfuss explained he dropped that provision from his latest proposal because he thought limiting its scope to employment might improve its chances. But it didn’t matter. This year the Senate killed the bill with a 13-17 vote.

Notably, six Senators from Wyoming cities that have shown official support for LGBT rights voted against SF-153. Although Laramie is the only municipality in the state with a legal nondiscrimination ordinance, places like Cheyenne, Gillette, Douglas, and Jackson have all passed resolutions affirming their stance against anti-LGBT discrimination. These senators seem to be sending mixed messages about where their constituents stand.

The defeat of the two anti-LGBT bills was the result of concerted organizing, outreach, and the general public making their voices heard.

Sara Burlingame, education and community outreach coordinator for Wyoming Equality, was a leader in the campaigns against HBs 135 and 244.

“The Legislature listened to the thousands of voices of everyday people,” Burlingame said. “There was an unprecedented level of engagement [against this bill], led by gays, religious and business leaders. We had support from people we never expected to join us. It was a great coalition and we plan to keep it together and expand.”

Chessie Lee, director of the Wyoming Coalition of Churches, said the bill tried “to discriminate against the most vulnerable people in our society in the name of religious freedom.”

“Sometimes outrage can be easier to respond to”

Burlingame and others credited Sabrina King, executive director of the Wyoming ACLU chapter, with doing the research that helped determine how dangerous HB-135 would be if it was approved. While most LGBT advocates were focusing on passing SF-153, King advised them all to make a full-court press against Steinmetz’s bill. It was undeniably the right strategy.

However, an unexpected result of working so hard to block HB-135, Burlingame said, may have led to a lack of energy to pass SF-153, the bill to protect LGBT employees from workplace discrimination.

“The House bill was so terrible it set off a lot of outrage,” she said. “Sometimes outrage can be easier to respond to, while something that’s positive is harder for people to rally around.”

Burlingame said Wyoming Equality’s next big challenge will be to try to get an LGBT non-discrimination ordinance passed in every city in the state. She added it would be difficult to obtain the two-thirds vote in both chambers to introduce another version of SF-153 during next year’s budget session, so supporters will probably wait until 2019 to try that route again.

Receive Better Wyoming communications in your email inbox by filling out the form on our homepage. You can also follow us on Facebook and Twitter.[/fusion_text][/four_fifth]

SESSION RECAP: On public lands, the action took place before the session be...