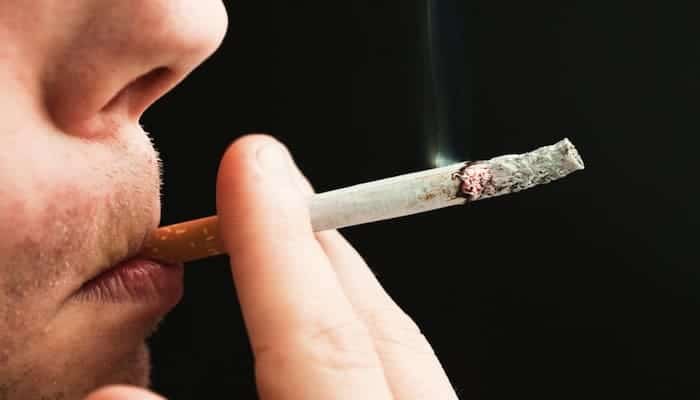 Click here to read Part 1: Healthy Babies Cost Too Much

The Wyoming Legislature’s conservative majority might as well stand in unison and say, “Read Our Lips: No New Taxes.”

The most no-brainer tax increases died this session, even as the state is starved for revenue. In one case, a bill to raise cigarette taxes to pay for desperately underfunded programs for seniors and the mentally ill was beaten back by lobbyists (who must find pleading their cause to our anti-tax Legislature a breeze).

More than a dozen members of the House have signed the conservative Wyoming Liberty Group’s pledge to never increase taxes. This is decidedly inconvenient, since bills to raise new revenue must, by law, begin in the House.

In the rare instances that revenue bills do squeak out of the House despite that bloc’s opposition, they almost invariably meet their demise in the Senate, which—perhaps unbelievably—is even more staunchly anti-tax than the House.

The cigarette tax actually looked like it had some legs at one point. The House has killed similar proposals before, but House Bill 151 had some traction—possibly because some lawmakers feel it’s okay to punish smokers with a “sin” tax.

Wyoming’s cig tax is currently seventh lowest in the nation, and the 30-cent increase would have made it 13th lowest—a rating even our anti-tax representatives might still presumably live with. Rep. Mike Madden, chairman of the House Revenue Committee, said hiking the tax from 60 to 90 cents per pack would have simply kept up with inflation rates since 2003, the last time the tax was raised.

Every time it’s been proposed since that time, however, convenience stores and other retail businesses that sell cigarettes in Wyoming have managed to snuff it out under the claim they would lose business from residents of border states who come here to buy cheaper smokes.

And this year the opposition had a new, slightly dumbfounding face: the American Cancer Society.

“We need the tax to be considerably more in order to see reductions in tobacco use for both adults and youth, which translates to fewer people being diagnosed with cancer,” Jason Mincer of the ACS’s Cancer Action Network told the Casper Star-Tribune.

We wonder if, in rejecting anything less than his ideal rate hike, Mincer realized he was advocating for the Legislature to throw $9.3 million into the trash that would have funded important programs.

A cool $3 million from the cig tax was originally earmarked to help fund the state’s Title 25 program for involuntary commitments (like to the State Hospital in Evanston) of people who are determined to be a danger to themselves or others. This mental health program has a huge shortfall and has been previously funded by the Department of Health’s “flex authority” to transfer money internally, which is little more than a stopgap. It needs a sustained revenue source, which this tax hike would have provided.

The cigarette tax would have also benefitted two important senior programs: Wyoming Home Services and Meals on Wheels. Wyoming Home Services helps seniors stay in their homes instead of having to move to a nursing home, which can cost individuals between $6,000 and $9,000 a month in Wyoming. Meals on Wheels uses volunteers to deliver nutritious meals to homebound seniors. The program, which also faces federal funding cuts, may be the only one-to-one contact beneficiaries have with the outside world, and their only healthy meal of the day.

Finally, the cigarette tax would have replenished $2.1 million in funding to the state’s combined substance abuse and suicide prevention program, which the JAC had gutted from the general budget. Wyoming has consistently had one of the highest suicide rates in the nation. Sen. Liisa Anselmi-Dalton (D-Rock Springs) wanted to restore $2 million to that program raised by the cigarette tax increase.

In the end, however, HB-151 died in the Senate revenue committee, which killed it with a 3 – 2 vote. Later, the Senate rejected amendments brought by the House to restore $500,000 to each the Wyoming Home Services and Meals on Wheels programs.

So we can’t help old folks stay out of nursing homes or get nutritious meals, we can’t pay for mentally ill people to be admitted to a hospital, and we can’t prevent substance abuse and suicide—but hey, at least we’ve got cheap smokes!