Although new Senate President Eli Bebout (R-Riverton) postured as a fiscal hawk this Legislative session, pressuring his chamber to oppose any new taxes, he singlehandedly killed several bills that would have saved the state tens of millions of dollars.

The biggest waste of money Bebout engineered was the death of a proposal that would have allowed Campbell County to legally collect $19.7 million in tax revenue it is owed by a minerals company that filed for bankruptcy.

House Bill 242 overwhelmingly passed the House, 54 – 6. However, Bebout refused to assign it to a Senate committee, unilaterally squashing the bill after banking and mineral lobbyists opposed it.

Rep. Eric Barlow (R-Gillette) and Sen. Ogden Driskill (R-Devils Tower) proposed the bill in order to close a loophole in Wyoming law that lets mineral companies duck out of paying tax liens in bankruptcy cases. Currently, if a mineral company’s assets are sold during bankruptcy proceedings, the first to get paid are banks that loaned the company money. If funds generated by the bankruptcy sale run out in the process of paying the banks, the county simply must eat the loss and write the tax debt off its books.

Since three-quarters of Wyoming property taxes go to the state to fund education, it’s not just the counties that lose out in cases like this. The loophole will continue to feed money to bankers while screwing counties and taxpayers for the foreseeable future, and has immediate ramifications around Gillette.

Alpha Coal, located in Campbell County, filed for bankruptcy protection in August 2015, leaving nearly $20 million in property taxes unpaid. When Alpha emerged from bankruptcy in 2016, it split into two companies, which tried to reclaim Alpha’s assets without paying the taxes it owed, effectively using bankruptcy as a way to dodge taxes.

HB-242 would have forced the companies to pay what they owe to the county. But Bebout, an oil and gas operator with a long list of questionable conflicts of interest, chose to represent the interests of bankers and the minerals industry rather than those of his constituents. His move to shove the bill in his desk and let it die instead of assigning it to committee baffled Campbell County Deputy Attorney Carol Seeger.

“If the average Joe has to pay their taxes on their moile home, then I don’t know why in the world we’re carving an exception out for mineral companies,” Seeger said.

Campbell County’s attorneys fought Alpha’s tax dodge, eventually convincing the company to agree to pay the $19.7 million over the course of five years. But there’s no guarantee the county and the state will ever see the money, and taxpayers will have to foot the bill for any expensive litigation that takes place in the process.

HB-242 would have provided the safeguards to ensure big banks and big business don’t bamboozle Wyoming taxpayers. But the banking and mineral lobbies vehemently opposed the legislation in their own selfish interests.

When Bebout singlehandedly killed HB-242, he showed whose side he’s on. 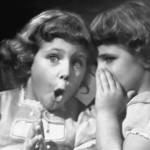 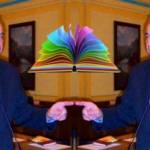 President Bebout (Part 2): Leading the fight to not fix education funding
Scroll to top
Share this ArticleLike this article? Email it to a friend!
Email sent!