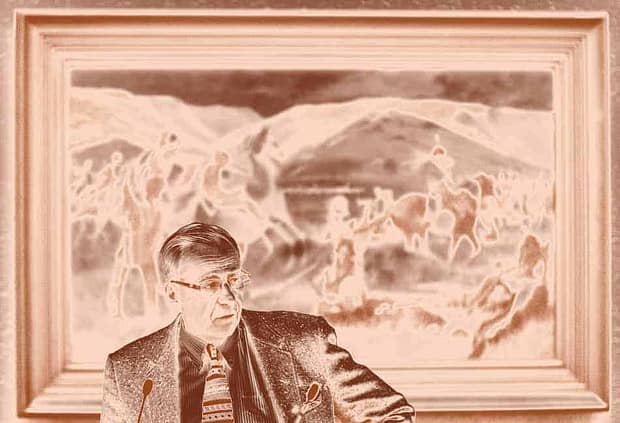 Along with throwing away $20 million owed to taxpayers by mineral companies and leading the opposition against fixing the state’s education funding crisis (see Part 1 and Part 2 of this series), new Senate President Eli Bebout (R-Riverton) also cost the state tens of millions of dollars that a criminal justice reform bill would have saved had he not unilaterally killed it.

House Bill 94 was the result of years of work by a wide variety of governmental and nongovernmental stakeholders. It aimed to streamline and improve our state justice system, ease the pressure on Wyoming’s overcrowded prison system, and shift the focus of correctional efforts toward rehabilitation and treatment.

HB-94, sponsored by the Joint Judiciary Committee, passed the House. But Bebout singlehandedly killed it once the bill reached the Senate. The president threw it into his desk drawer and kept it there until it was too late to assign it to a committee.

Legislative leaders have many means at their disposal to stop legislation from going forward. Top lawmakers routinely quash bills they feel will be overly controversial by using the tactic Bebout employed. But it’s not the norm to kill major measures like criminal justice reform after so many differing special interests have reached consensus. Bebout’s throwing that bill in the trash was an insult to everyone who worked hard to reach a compromise on how to improve the state’s system.

And here’s the real kicker: Bebout’s preposterous excuse for killing HB-94 was that it would cost too much! Bebout complained that two new positions and contracts with substance abuse centers and county jails would make HB-94 cost about $2.5 million a year. But even with those costs factored in, the bill was estimated to reduce spending on corrections by about $7.6 million annually.

The bill would have also saved the state about $13.5 million because it would no longer be necessary to build new prison space to house an increasing number of offenders. That would have been about $50 million in savings over just five years.

In his attacks on state education funding, Bebout regularly complains that Wyoming 8th graders don’t score as well in math as students from Utah. But if he can’t deduce which figure is greater in this equation, maybe he needs to go back to school.

Board of Parole Executive Director Daniel Fetsco was blindsided by Bebout’s action. “The bill represented a step in the direction of reducing our prison population in a smart and safe manner, hopefully returning more offenders to the community as contributing members of society,” he told WyoFile.

But Fetsco also said that one member of the six-person Board of Parole objected to the bill, and that made all the difference. Bebout is a friend of Doug Chamberlain, a former House speaker who had worked with him during their time in the House. Chamberlain encouraged Bebout to kill the bill, and so did Natrona County District Attorney Mike Blonigen, who recently told an interim committee that Wyoming lets people out of prison too early. Bebout obliged his friends and buried HB-94 in his desk.

The parole board and the Department of Corrections both formally supported HB-94. So did Sen. Leland Christensen (R-Alta), the tough-on-crime co-chairman of Joint Judiciary Committee who’s a former deputy sheriff. The Wyoming Association of Sheriffs and Chiefs of Police, the State Public Defender, Adult Community Corrections, and many prosecutors and judges put in work on the legislation that Bebout decided to chuck.

Linda Burt, former director of the Wyoming chapter of the American Civil Liberties Union, wrote in an op-ed that the legislature continues to support a judicial system that “defies reason.”

She said this reform effort would keep people out of jail who didn’t need to be there.

“In most cases jail is the worst solution to community safety and crime,” Burt wrote. “Most offenders need treatment, education and jobs. In the majority of situations, those are the things that not only work best, but are the most economical for the state to provide.

The prospect of such a sensible development under President Bebout seems exceedingly slim.

PRESIDENT BEBOUT (Part 4): A failed champion of public land transfer
Scroll to top
Share this ArticleLike this article? Email it to a friend!
Email sent!