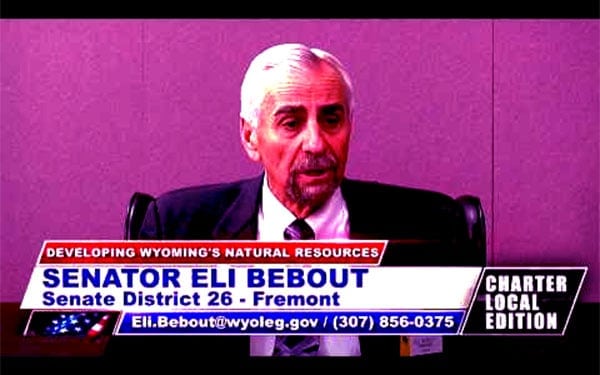 It’s not because it was a horrible idea that new Senate President Eli Bebout (R-Riverton) pulled from consideration a resolution that would have laid the groundwork for transferring federal public lands in Wyoming to the state. Although he’s a staunch supporter of public land transfer who initially threw his whole weight behind Senate Joint Resolution 3, Bebout is also a pragmatist. He simply realized that the wildly unpopular bill didn’t remotely have the votes to pass.

Bebout innocently blinked his doe eyes when sportsmen’s groups loudly condemned his attempts at land transfer—he told them that, golly, the bill was just trying to protect their public access.

Some of his counterparts, however, were more forthright. Land transfer zealot David Miller (R-Riverton) admitted the whole point would be to sell and lease more public lands for mineral development.

After the session, Bebout told reporters that, with the new administration in Washington, D.C., Wyoming lawmakers wouldn’t need to push for a takeover as they have in years past. “But stay tuned,” he said. “Things could change.”

One reason for the uproarious outcry this session against SJ-3 was that many people considered the matter relatively settled after a study commissioned by the state legislature in 2015 unambiguously concluded land transfer is a bad idea. The state cannot afford to manage the 27.6 million acres of public land in its borders currently under the jurisdiction of federal agencies, and it would be forced to sell them if they were transferred.

The Federal Natural Resources Management Committee scheduled a meeting shortly after that report’s release in November. Many expected lawmakers to use the meeting to consider the report’s many pragmatic suggestions. Instead, the committee trotted out SJ-3. Sportsmen came out in droves to oppose the measure, and Bebout—along with Sen. Larry Hicks (R-Baggs)—arrogantly told members of the audience who testified that they didn’t know what they were talking about.

Bebout’s condescending attitude did not help his cause, and over the next couple months, opposition to SJ-3 rose to a fever pitch. In the midst of a legislative session overshadowed by the state’s massive budget shortfall, Bebout decided to can the controversy until he finds a better time to reintroduce his cockamamie scheme.

“I’ve given a lot of thought to the public lands initiative,” he told reporters. “And what I’m going to do is, I’m going to not assign that bill [to a committee]. I’m going to kill it. But there’s a lot of moving parts in that. I think the message that a lot of people believe out there… really isn’t what it’s about. I think we’ve lost that message.”