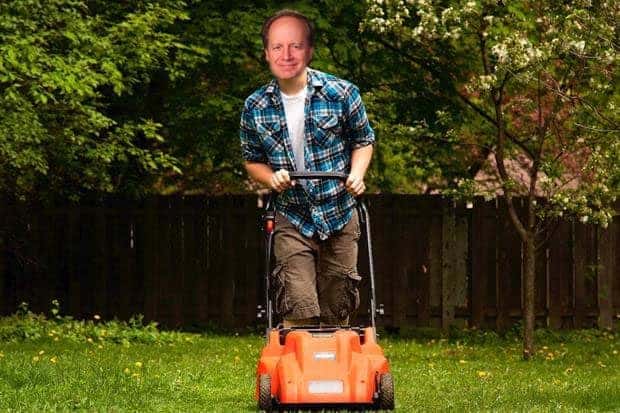 My cousin’s son was living in his basement. The kid is 19 years old, and he had been mowing some lawns for cash. But most of his day-to-day expenses were covered by an allowance from his parents.

Last month, my cousin told him: “Son, it’s time for you to move out and become an adult. You need to start living within your means.”

His son looked at him and nodded. “I understand, Dad,” he said. “You want me to get a real job.”

“No,” his father replied. “You don’t need any more money. Just live within your means.”

His son, slightly confused, moved out. He kept mowing lawns, but that didn’t earn him enough to pay rent or buy many groceries. So he’s been living under a bridge and scrounging food from dumpsters.

But he followed his dad’s advice: He’s living within his means.

I tell this story not to show what weirdos my cousin and his kid are, but to make a point about Wyoming’s current budget crisis, the tax structure that caused it, and the backwards thinking that’s keeping lawmakers from fixing the problem.

Under our current tax code, the majority of Wyoming’s revenue comes from minerals. We sell minerals almost entirely outside Wyoming, so people in other states pay most of the taxes that fund our public services and infrastructure—it’s like we get an allowance. When those out-of-state people stop buying our minerals, as they have now, it’s like they’re taking Wyoming’s allowance away.

What should Wyoming do now that our allowance has been cut off? Should we “live within our means” and try to run the state on the equivalent of lawn mowing money, sleeping outdoors and scrounging food? Or should we suck it up and figure out how to pay for our own state?

Creating new revenues is unpleasant for state legislators, because it means new or higher taxes. They shun this task like a lazy teenager puts off finding a job—making excuses, wringing their hands about reelection, praying for mining to rebound and Wyoming’s allowance to come back.

And when they’re out of ideas, they love to say that Wyoming just needs to learn to “live within its means.”

Sen. Ray Peterson trotted out that catchphrase last week at a meeting of the Joint Revenue Committee, which he co-chairs. Over two days in Saratoga, that committee made zero progress toward its primary task: reforming Wyoming’s tax code.

Instead of doing the hard work to ensure Wyoming remains a funded, functioning state, Peterson said we should “cut government and learn to live within our means.”

Wyoming might be able to “live within its means” if our annual budget shortfall was $20 million or even $100 million. But the state currently faces a $400 million per year deficit just for education, even after the governor and legislature cut $350 million from the general budget during the past two years. There’s no living within those kinds of means.

“We have to diversify our revenue base in Wyoming. We know that, and now’s the time to do it,” he told a committee meeting in April.

I grew up in Wyoming during a bust. I know exactly what it’s like to be a young person looking out on the state and seeing no future, no prospects, and no leadership willing to work to free Wyoming from its dependence on a single industry. As I look forward to raising children of my own here, I’m angered by the cowardly and defeatist attitudes of people who say we should just sit on our hands and wait for this bust and budget crisis to pass, do nothing to fix the structural problems that caused them, and passively and quietly just learn to “live within our means.”