Rep. Timothy Hallinan's proposal would stop putting some mineral tax revenue into savings at a time when the state faces a financial crisis. But it would also perpetuate Wyoming's dependence on mining industries.

Most people in Wyoming don’t want to cut public education, because education is really important and we should continue to properly fund it. Duh.

But at the same time, the state has grown so accustomed to having mineral taxes pay for all our public services—including education—that the prospect of other types of taxes strikes many residents as unsavory, especially if it’s the residents themselves that have to pay the taxes (gasp!).

State legislators tasked with figuring out how to respond to the current $250 million annual shortfall in the Wyoming public school budget—the result of declining mineral tax revenues—are mostly busy thinking about what school funding they can cut. A few others are exploring new forms of revenues to keep the funding for schools at the current level.

Rep. Timothy Hallinan’s proposal would stop putting some mineral tax revenue into savings at a time when the state faces a financial crisis. But it would also perpetuate Wyoming’s dependence on mining industries.

But Rep. Timothy Hallinan (R-Gillette) says he has a solution to Wyoming’s education funding shortfall that can fix much of the problem without taking either action.

It’s pretty simple: Stop putting some money from mineral taxes into savings and use it to fund education instead.

Hallinan, a retired medical doctor serving his third term in the House, unveiled his plan last week in Buffalo before the Joint Revenue Interim Committee. It calls for a diversion of some mineral severance tax revenue that currently goes into a savings account called the Common School Account (CSA), which at present holds about $3 billion.

The state puts about $158 million per year into the CSA, which state finance workers sometimes draw from to make investments and generate more revenue. But, Hallinan says, since we’re in such an immediate crunch, the state should stop growing the savings account for the next six years and instead use that $158 million to fund K-12 schools. This wouldn’t quite cover all of the estimated $250 million shortfall, but it would make quite a dent.

Hallinan says the unusual move—which would require a state constitutional amendment—is necessary, and it’s a logical way to offset about three-quarters of the school funding shortfall. He thinks it’s something the public will want, once it’s explained to voters.

Putting taxation to a vote

Should Wyoming use more mineral taxes to fund education?

On one hand, it seems dumb to put more money into savings while gutting public schools for a lack of funding.

On the other hand, funding our schools with mineral tax revenues is what got us into this problem in the first place!

Got an opinion? Tell it to the Select Committee on School Finance Recalibration, which is largely responsible for figuring out what to do about this mess.

Those are facts, even if Senate President Eli Bebout (R-Riverton) doesn’t believe the first one is true—despite a statewide poll that shows more than three-quarters of Wyomingites are willing to be taxed at higher rates if the money can be directly spent in the classroom.

Bebout, who devoted much of the general legislative session earlier this year trying to take an ax to education spending, claims the state could absorb a $200 million cut for public schools on top of the $55 million the Legislature cut during the past two sessions. He seems to think the people of Wyoming won’t accept being taxed themselves. At a Revenue Committee meeting last summer, he told lawmakers that if they were thinking of increasing taxes for education, they should put it to a popular vote.

Since Hallinan’s proposal would require a constitutional amendment, it would need just such a vote to be made into law. To amend the constitution, a bill must first be approved by at least two-thirds of both the House and Senate. After that, it’s submitted at the next general election for a simple majority public vote.

In a twist that might surprise the Riverton oilman, Hallinan’s proposal would indeed put increased taxation to a vote. But the question before voters wouldn’t be whether Wyomingites are willing to tax themselves. It would be whether they’re willing to continue to tax mining outfits like Bebout’s.

One obvious problem with Hallinan’s plan is that it continues to tether the fortunes of Wyoming’s public schools—and the state’s ability to educate its children—to the boom-and-bust whims of the mineral industries. The last time Better Wyoming reported on Hallinan,  it was to mock and shame his proposed $27 million annual tax break for the coal industry.

Members of the Revenue Committee listening to Hallinan’s idea brought this problem up. The Campbell County legislator responded by saying he’s gone back 16 years to study how much mineral severance tax monies the state has put into the CSA, and it consistently averages about $158 million a year.

“One of argments I’ve heard about this bill is that it’s requiring increased reliance on the minerals industry,” Hallinan said. “But this [stop in] diverting mineral tax money into the Common School Account would only be for six years, after that it would go back to the Legislature and the voters again for their approval.

“If money is drying up from mineral royalties [after six years] than we can address those issues in a different way,” he said. He didn’t specify what that “different way” might be.

It’s conceivable that Hallinan’s proposal could buy the state time to figure out other forms of revenue for funding education. But given the Legislature’s utter unwillingness and inability for decades to take such action as long as minerals are paying for everything, it seems likely they’d continue to cool their heels and enjoy the free ride.

Another argument Revenue Committee members made in Buffalo against Hallinan’s proposal echoed a Wyoming Legislative trope as old as not diversifying our economy. They wrung their hands and worried about what would happen if the state didn’t keep investing in its savings, given its historically unstable economy.

The state invests some of the money from the CSA into various financial endeavors in order to generate additional income for public schools. Between 1 and 2 percent of the investment income from the CSA goes into the School Foundation Program to fund Wyoming school districts.

Sen. Dave Kinskey (R-Sheridan) said he wants to know how withholding that mineral revenue from the Common School Account would impact the income available for the state to invest. He said the Legislative Service Office has done a lot of work on the sustainability of these funds.

“Can we take that much away and continue to preserve the corpus?” Kinskey asked. “I’d want to know if that [diversion] could hurt future generations or not.”

Co-Chairman Rep. Mike Madden (R-Buffalo) also said he was concerned about preserving the corpus. He said the Legislatue needs to be careful about using the funds now and “robbing it from future generations for your own selfish benefit.”

Madden said the commitee is scheduled to discuss some other proposals that include fund diversions, so Hallinan’s idea will be on the agenda when the panel meets Dec. 4 – 5. Location and times of the meeting have not yet been determined. Hallinan indicated if the committee decides it does not want to sponsor the bill, he will do it himself. 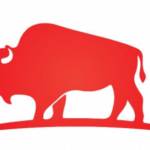 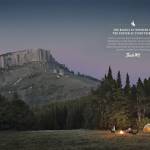 Wyoming travel industry wants a new tourism tax so it can invest in and pay...
Scroll to top
Share this ArticleLike this article? Email it to a friend!
Email sent!