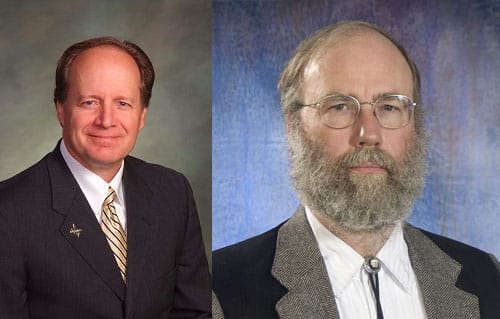 Sen. Ray Peterson is as much against raising taxes as most of his fellow conservative legislators. As co-chairman of the Joint Revenue Committee, the Cowley Republican has railed against allegedly “wasteful spending” on education and maintains that Wyoming should further cut K-12 public school budgets rather than figure out new ways to adequately fund them.

Well, since Wyoming has come up roughly $250 million short on its annual education budget as a result of diminished mineral revenues, what pray tell does our state need if not other forms of revenue? The Revenue Committee has drafted a variety of proposals to address the shortfall—including general sales and use taxes, property taxes, tourism tax, and increased taxes on cigarettes and alcohol—that they’ll vote whether to sponsor as a committee at their next meeting.

“Consistent with the platform of the Wyoming Republican Party,” Curley continued, “we need the fiscal probity and restraint of which Wyoming was once justly proud.”

Curley must have been talking about the “restraint” Wyoming practiced during the proud days of the last mineral bust, when the state was also broke. Such “restraint” prompted Wyoming school districts to successfully sue the Legislature for failing to uphold its constitutional duty of ensuring all students have access to quality education.

Those were proud times, indeed.

Behind the gasbagging: A threat

Behind Curley’s no-new-taxes gasbagging was a clear and real threat: Incumbent Republicans who vote for new taxes during the Legislature’s budget session in February won’t have the party’s support in the next primary election, and in fact might face well-funded challengers from the right.

Political parties—those that believe in democracy, at least—remain neutral in primary elections, letting the party rank-and-file decide which candidate should run in the general election. But party bosses can covertly help recruit and support candidates to challenge legislators who refuse to follow their marching orders.

Curley is a former board member of the far-right Wyoming Liberty Group and Republic Free Choice, billionaire-funded outfits that have run attack campaigns against moderate Republican Wyoming legislators and in support right-wing extremists.

It’s becoming clear that, in his role with the state GOP, Curley plans to continue giving orders. His connections with big money on the right-wing lunatic fringe make his orders hold weight.

“I’ve got to ask the question: When is the GOP going to address the concern I have?”

Curley’s speech last week referenced a resolution passed by the GOP State Central Committee that calls on the Legislature and Gov. Matt Mead “to practice fiscal restraint, rein in spending, and cut unnecessary budget items rather than increasing revenue streams.”

Sen. Peterson was an unlikely candidate to take issue with Curley or the ruling state party’s position. He regularly makes asinine comments about Wyoming needing to “live within our means” and he makes up facts about teacher salaries to justify further cuts to education on top of the $55 million the Legislature has slashed in the past two years.

But his many faults aside, Peterson at least understands and acknowledges that Wyoming’s fiscal problems result from the state’s overdependence on mineral revenues. Wyoming relies on mineral taxes to fund 70 percent of the state’s budget, and Peterson—albeit grudgingly—has said that new taxes must be part of the solution if we’re to figure out how to create a more stable revenue structure.

So, when Curley finished, and while other lawmakers on the committee were dumbstruck—no doubt with images floating through their heads of attack ads featuring their faces—Peterson made an important point: How, if we don’t institute new taxes, will Wyoming ever move away from its dependence on minerals and the boom-bust cycle that goes with it?

“I’ve got to ask the question,” Peterson said. “When is the Republican Party going to address that concern I have—as a good conservative Republican—about having a 70 – 30 percent [minerals dominated] revenue stream, and that boom-bust cycle we continually go through? When are we going to get serious about that problem, and do they see it as a problem?”

Curley assured him that the party’s central committee is very aware of those problems. But the Republican mouthpiece never addressed Peterson’s main question: What does his party plan to do about it if they continue to oppose any and every new tax?

Instead of offering anything remotely resembling a plan or solution, Curley simply responded that the Revenue Committee’s proposals “don’t address the long-term problem that you’re discussing.”

A growing rift in the ruling GOP

This fairly mild exchange between Curley and Peterson reveals a growing rift between two camps in the state’s ruling Republican Party: old-school conservatives like Peterson, who genuinely value fiscal responsibility but understand a state cannot function without tax revenue; and arch-conservative nutjobs like Curley, who want to cut taxes to the point that the state cannot function.

While Peterson grudgingly asks his colleagues on the Revenue Committee to “hold your nose and vote aye” to advance tax proposals so that the state can at least moderately stay afloat, Curley and his Wyoming Liberty Group friends would rather see public lands, public schools, public health, and other public services and infrastructure turned over to the private sector.

But who would really lose if Wyoming stopped depending so much on mineral revenues and raised other taxes? And why is Curley so keen to dodge the issue?

The upshot: Depending less on minerals means taxing the rich

If we want to maintain something resembling the baseline services and infrastructure currently on offer in Wyoming, and if we want to move away from the boom-bust cycle that results from having minerals pay for 70 percent of them, then other people are going to have to pay taxes instead.

Who would those people be?

It’s true that all Wyomingites enjoy the relative “free ride” that minerals offer us. Wyoming has low taxes across the board—no personal income tax, the 44th lowest sales tax, the 46th lowest property tax for homeowners, the lowest beer tax, etc. So just about everyone here pays less than folks in other states, and we’d pay a bit more if we moved away from mineral dependence.

But the Wyomingites who enjoy the free ride most are the very richest among us.

Furthermore, Wyoming’s richest One Percent is one of the richest in the country, falling only behind states like New York, Connecticut, and New Jersey. This is because Wyoming’s ultra-low (or nonexistent) “wealth taxes” make it an attractive place for people to hoard their fortunes.

Even a modest increase to the tax rates of Wyoming’s richest would yield significant revenue, which would ease the state’s dependence on mineral taxes. But Wyoming’s billionaire class isn’t going to give over the loot quietly. That’s why folks like Susan Gore, Daniel Brophy, and Foster Freize (who said he came to Wyoming because it’s the prettiest tax haven he could find) are involved in far-right, anti-tax political advocacy: They know that there’s a big chunk of untaxed money sitting in their bank accounts, and if Wyoming gets serious about stabilizing its tax structure, it won’t stay untaxed for long.

At the end of the day, that’s why Charles Curley was in front of the Revenue Committee last week with his spiel about “no new taxes,” and that’s why he was at a loss for words when Peterson pressed him on Wyoming’s mineral reliance. If Wyoming stops depending so much on minerals to fund the state, you and I might have to pay a little extra—but not nearly as much as Curley’s billionaire overlords.

We wonder if Peterson realizes that this is where his line of questioning ends. 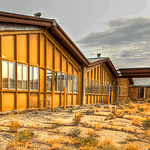 More prison or less prison? Judiciary Committee kills a “tough on crime”...
Scroll to top
Share this ArticleLike this article? Email it to a friend!
Email sent!