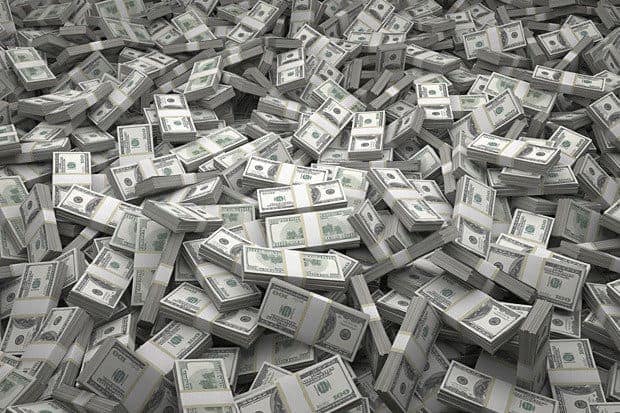 Wyoming lawmakers who want to cut public education talk like the state is so broke they simply have no option. We must “live within our means,” they say.

But if Wyoming’s so desperately broke, how did legislators recently put forth a proposal that would create a consistent revenue stream of about $130 million a year without raising taxes or even breaking a sweat?

The answer: Even while Wyoming faces a “budget crisis,” the state is still socking away millions of dollars of mineral tax revenue into savings accounts, sometimes referred to as “Rainy Day Funds.”

Now that it’s clearly “raining,” some lawmakers are trying to divert those mineral revenues in order to cover the shortfall that Wyoming’s education budget currently faces.

A step toward not slashing public school funding again

The precise amount of the state’s education budget shortfall is a bit of a question these days, amidst rumors of an oil price increase. But the last solid figure available put the shortage at about $250 million.

Doomsday predictions of Wyoming having to raise taxes so high to pay for the shortfall that it becomes the 49th highest taxed state in the nation, instead of the 50th, have brought shudders of fear to lawmakers seeking reelection—along with plenty of bellyaching from lobbyists protecting their bosses’ interests.

But diverting existing mineral tax funds away from savings accounts and instead using the money to pay for education will decrease the amount Wyomingites will have to cough up themselves to pay for good schools. And, if the Joint Revenue Committee can convince the rest of the Legislature to bump a few tax rates up here and there, Wyoming might be able to stop cutting public education funding any further than the $55 million it’s slashed over the past two years.

Wyoming’s minerals industry foots about 70 percent of state’s operating funds—education and otherwise. This is what allows Wyoming residents to pay the lowest taxes in the nation.

But during boom times, there’s so much revenue from minerals coming into the state that there’s money left over. So, the Legislature voted during the last boom to start putting these leftovers into savings accounts and toward accounts used for investments.

At a meeting in Cheyenne earlier this month the Joint Revenue Committee voted to sponsor two bills that would divert existing mineral revenue streams back into accounts that the Legislature can use to fund public services, making a major dent in the state’s budget shortfall.

The first bill would restore funding to “school capital construction” from royalties paid by companies mining on state lands.

A couple decades ago, the state funded the construction of new schools (along with major repairs and renovations) from a few different sources. One source was from royalties paid by companies mining on state land, and another major source was essentially a special coal tax called “coal lease severance bonuses.”

Well, the coal industry started to boom so hard that these “severance bonuses” could pay for school capital construction almost entirely themselves. So, the Legislature decided to divert money from the other major source, the state land mining royalties, into savings.

Now that the coal industry has busted, there’s no more “severance bonuses” to pay for school capital construction. The new proposal would restore funding for building schools from state land mining royalties, to the tune of about $42 million.

A one percent diversion

The second bill that the Revenue Committee voted to support would divert 1 percent of the mineral severance tax revenue that’s presently being saved in the Permanent Mineral Trust Fund (PMFT), and instead put it in the state’s General Fund. The PMFT has a current balance of about $7 billion, making it one of the largest sovereign wealth funds in the world.

This 1 percent diversion would amount to about $90 million added to the General Fund, which would then free up money to cover the state’s most pressing funding need: education.

So, between the $42 million from state land mining royalties and $90 million from mineral severance taxes, the proposals would free up $130 million for public schools without increasing taxes or withdrawing any funds from savings.

Presto, change-o! That’s how the education budget shortfall gets cut in half.

Speaker of the House Steve Harshman (R-Casper) isn’t on the Revenue Committee, but he sat in on the most recent meeting and encouraged the committee to vote to support the two diversion bills. He has said before that the state’s budget problems are the result of an “appearance of scarcity” rather than Wyoming actually being broke.

He continued this line of reasoning at the most recent Revenue Committee meeting.

“When we became multi-billionaires in Wyoming, we grew the permanent land fund and the common school accounts, and we had big surpluses,” Harshman said.

Now that we’re multi-billionaires and seeing a revenue slowdown, it’s time to use some money to cover the things we need to make the state prosper, like education, he said. For instance, the state invested heavily in new school construction during the most recent boom, building what some call the nicest schools in the nation.

Now, the state needs to protect those investments.

“We’ve got $3.5 billion into school buildings and we’re trying to really make them last,” Harshman said. “You can go back to the ’90s and I know my district was passing a bond issue to fix the roofs.”

What’s the real act of robbery?

Of course, not saving every penny possible makes some lawmakers nervous—especially those who lack the vision to imagine Wyoming someday freeing itself from its dependence on mineral revenues and its boom-bust economy.

Sen. Dave Kinskey (R-Sheridan), a major proponent of cutting public school funding, asked his fellow Revenue Committee members: “Are we robbing future generations and imposing on them problems we need to face up to now?”

Of course, restoring a funding stream for school construction that was only removed during the last boom and diverting a paltry 1 percent of mineral revenue that would otherwise go into savings hardly amounts to “robbing future generations.”

The tough job will be convincing lawmakers hell-bent on cutting public school funding that the real act of robbery isn’t diversions—it’s robbing Wyoming of a quality education.

The Cuts So Far (Part 1): Introduction – “I want to see some cuts...
Scroll to top
Share this ArticleLike this article? Email it to a friend!
Email sent!