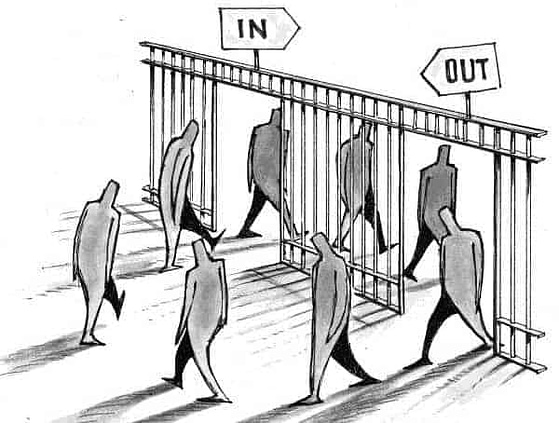 Up until recently, Wyoming had a pretty good prison “recidivism rate” (the rate at which folks who are released from prison get sent back there because of subsequent offenses). Nationwide, roughly four in 10 former inmates get locked up again after being released. But Wyoming’s recidivism rate was less than 25 percent, second in the nation only to Oregon.

The state was so proud of this accomplishment that lawmakers commissioned a report to show other states what a great job Wyoming was doing. The report, published in December 2016, highlighted the role of substance abuse treatment as a key to success.

“The connection between drug and alcohol use and crime is well documented,” the report stated. “According to Wyoming Corrections officials, substance abuse is the single most common factor among all persons in the correctional system.”

But before report’s ink had even dried, the Wyoming State Legislature voted to cut more than $4 million from the Department of Correction’s prison substance abuse programs. As a result, the DOC laid off 27 therapists and support staff, essentially eliminated outpatient drug and alcohol counseling for inmates, and severely reduced the number of beds available for inpatient treatment.

Unsurprisingly, Wyoming’s recidivism rate spiked as a result. Prisoners are no longer being treated for substance abuse problems, so, once they’re released, they’re ending up right back inside.

Instead of showing off Wyoming’s success, that report now offers a cautionary tale for reckless legislators looking to save a few bucks.

When budget cuts are no longer “fiscally conservative”

But just like the Legislature’s cuts to highway repair funding are going to end up costing Wyoming more in the long run, cuts to the DOC’s substance abuse programs have made prison cost more, as well.

In the one year since the cuts took place, the state’s correctional system has already seen a 7 percent increase in people who fail the conditions of their release because of substance abuse issues. That means about 112 people ended up back behind bars last year, at a cost of $113 a day per inmate.

At that rate, Wyoming will wind up spending about $9 million for these additional inmates during 2017-18 biennium—more than twice the amount lawmakers “saved” by cutting the substance abuse programs. DOC Director Bob Lampert told the Joint Appropriations Committee that if left unchecked, the Legislature’s action will only result in more wasted money and more inmates returning to prison after their release.

So much for being “fiscally conservative.”

For years Wyoming made a wise investment in treating inmates for drug addictions. In 1987 Gov. Mike Sullivan created the Governor’s Drug Policy Board, which consisted of representatives from law enforcement, corrections, and healthcare communities. In 1998, the Legislature approved $3.2 million to implement a prison substance abuse pilot project. Lawmakers added $5.2 million the next year for an initiative to combat methamphetamine addiction.

Advocates for the most recent cuts, like Rep. Bob Nicholas (R-Cheyenne), tend to take a tough-on-crime stance to augment their “fiscally conservative” arguments:

“The average person in Wyoming would rather see roads fixed, education funded properly, and monies going to local governments and things like that, rather than spending money on rehab for inmates in Rawlins,” Nicholas told WyoFile.

But Nicholas, the chairman of the House Appropriations Committee, backed off last month and joined Gov. Matt Mead in support of restoring substance abuse funds. It remains to be seen whether the rest of the Legislature follows their lead.

Over the past two years, the Legislature has cut about $22 million from the Department of Corrections’ budget—much more than just prison substance abuse programs.

The DOC perennially struggles with staffing, but recent cuts have prompted the agency to freeze hiring for 169 positions—mostly correctional officer slots—and shift roughly $17 million to fund overtime expenditures for the overworked staff it does have.

In a statement to Better Wyoming, DOC officials responded to a request about the impact of budget cuts:

“Budget cuts have impacted the overall agency.  Reduced funding for things such as travel, equipment and day-to-day operations made it necessary to do more with less in order to continue providing for public safety and offender rehabilitation. We have been looking for less costly ways to provide additional basic treatment services to those we house, and additional staff have been asked to step up to help fill the void as we continue our mission with limited programming.”

This is hardly the first time a Wyoming state department has been asked to do more with less. But it’s also part of a disturbing trend taking place in Wyoming where, more and more often, “fiscally conservative” lawmakers are cutting department budgets so deeply that they’re no longer “trimming the fat”—they’re gutting successful programs that function for the benefit of all of us.

It’s also becoming clear that many of these lawmakers are more concerned with the political benefits of appearing “fiscally conservative” than they are with actually serving the people of Wyoming’s best interests.

The Cuts So Far (Part 6): Game and Fish – Hunting for funding
Scroll to top
Share this ArticleLike this article? Email it to a friend!
Email sent!