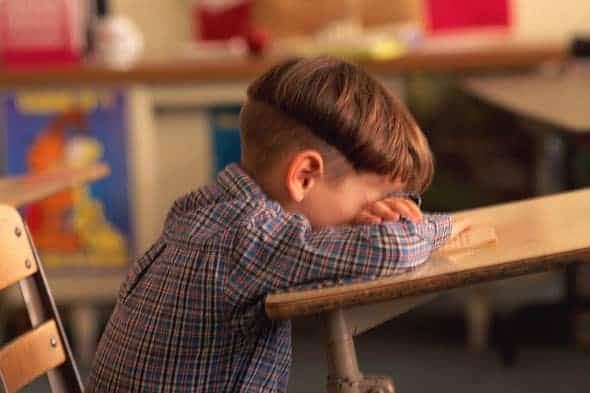 The Wyoming State Legislature has cut $77 million from public education over the past two years. This has resulted in nearly 600 public school jobs eliminated, at least eight school closures, and decreased programs and opportunities of all types for Wyoming children.

Even so, the state’s education budget faces a roughly $250 million annual shortfall as a result of declining mineral revenues. As the Legislature refuses to raise new revenues for public schools, more cuts seem likely on the way.

By and large, school districts have attempted to “protect the classroom” by deflecting the impacts of cuts away from the core activities of teaching. This often means cutting administration, as well as programs that help at-risk students.

This doesn’t, however, mean classrooms are safe, particularly in districts that have faced decreasing enrollment along with budget cuts. In Big Piney, eight teachers were laid off last year.

Many school districts have eliminated administrative positions. Sheridan County School District 3, for instance, declined to replace a principal at one of its two schools, leaving teachers to collectively sort out administrative duties on top of their teaching loads. Unable to replace a cook who quit, the district’s business manager now prepares school lunches each morning.

Wyoming school districts are funded largely through “block grants” from the Legislature. The size of the grant depends on the number of students in the district. Since 80 – 85 percent of each district’s block grant typically goes toward staff, cuts mean laying people off. Fremont County School District 25 Superintendent Terry Snyder said you can only lose so many people before “protecting the classroom” is no longer an option.

“I cut a full-time administrator, we cut teachers, we cut para-professionals, we cut office support staff across the district and here at the central office,” Snyder said. “If we have to make those same levels of cuts again, I believe we will be decreasing opportunities for kids.”

Many opportunities for kids have already been decreased. Casper and Cheyenne both cut their driver’s ed programs. Districts across the state have eliminated or pared back summer school. Lincoln County School District 1 decreased instructional facilitators, field trips, and science and business classes. Lincoln County School District 2 cut its gifted and talented program.

Gillian Chapman, superintendent of Teton County School District 1, pointed out that the cuts so far have affected at-risk students most. She’s already beginning to see data that suggests that eliminating instructional facilitators and counselors, decreasing support for English-language-learners, and increasing class sizes widens the gap between students who need more help and others.

Wyoming schools are the very best in the nation at closing the “achievement gap” between low-income students and their better-off peers. The past two years’ cuts are already chipping away at that achievement.

“For the first time on our state report card we had a red area, and that was in equity,” Chapman said. “It’s a small number this year, but that gap will continue to grow as a result of reductions over time.”

Students who benefitted from additional support are now falling through the cracks.

At the same time, as schools increase fees for things like sports, yearbooks, and activities, low-income students will face additional challenges to a successful and enriching school experience.

A fear of burnout

Teaching tends to be a labor of love. But good teachers, like oilfield workers, are often mobile. They can take their labor anywhere.

As Wyoming teachers have been faced with additional duties, less support staff, larger class sizes, and frozen pay, many have decided to leave, and fewer are willing to work here.

A Lincoln County School District 1 official responded to a survey by the Wyoming Department of Education about teacher shortages: “We are losing people left and right for fear of not getting a contract offered to them in April of 2018,” the official wrote. “We currently have seven openings who resigned in the past three weeks. They are all positions that need to be replaced and we are getting very few applicants, and no applications in some areas. Our salary isn’t competitive enough to draw applications.”

In Evanston, Uinta County School District 1 Superintendent Ryan Thomas said he used to be able to attract teachers from Utah universities. But Wyoming hasn’t increased its once-competitive teacher salary schedule for years, and Utah has caught up, making it able to retain its talent.

“Even the easy-to-fill positions are becoming more challenging,” Thomas said. “We used to get 300 applications for 10 – 15 elementary school positions. The number of applicants has dropped off. We went to two job fairs last year in Utah and no one came to our table.”

The teachers who remain in Wyoming are under duress. Small schools are combining classrooms—LaBarge Elementary pooled its fourth and fifth grade classes together this year. Other schools are sharing teachers, like grade schools in Kaycee and Buffalo, which are 45 minutes apart. The music teacher in Encampment drives 120 miles round-trip to teach students in Hanna to sing.

“We are in a real fear of burning them out from the standpoint of just the overall stress level, the overall amount of work we’re asking them to do in the same amount of time,” said Sheridan County School District 1 Superintendent Marty Kobza. “They’ve been champions. They’ve stepped up. They’re done some really remarkable things in those circumstances. But I’m worried about how long they can sustain that.”

“It’s an attack on the communities we grew up in.”

The most disruptive impact of the Legislature’s public school funding cuts has been school closures. At least eight schools have shuttered their doors or will at the end of this school year. They are spread across the state, from Green River to Sinclair to Mills. But each one functioned as a center of activity for its community.

Natrona County has seen the most school closures. The Town of Mills is suing the local school district as a result. Students there now endure grueling hour-long bus rides into Casper, some sitting on the floor because the seats are all full.

But more devastating are the effects that closing a community school has on small-town life.

Weston County School District 1 Superintendent Brad LaCroix has seen those effects firsthand. He said the Legislature’s cuts to public schools reflect a complete disregard for small-town Wyoming, and they’re accelerating the death of our rural communities.

“It’s not about the schools. It’s an attack on the communities we grew up in,” LaCroix said. “They don’t value the ranch, the farming, the students. It’s really about the cultures and family settings I think you’re going to strip away.

“I’m a superintendent that had to close down a rural school,” he continued. “I’ll tell you, not only did we take away their school, we took away their heart. You go up there now and you see the old trophies. They had Christmas concerts, track, a sense of belonging, a community center. Even if you didn’t want to watch the basketball game, you went because there were enough people there, it gave you that culture. When you take that away, you take it away from young families and old. Then they start looking around and decide, ‘Well, maybe it’s time to move into Rapid City.’”

The Cuts So Far (Part 6): Game and Fish – Hunting for funding

If there’s fat to cut from Wyoming public schools, why didn’t “Recalibration”...
Scroll to top
Share this ArticleLike this article? Email it to a friend!
Email sent!