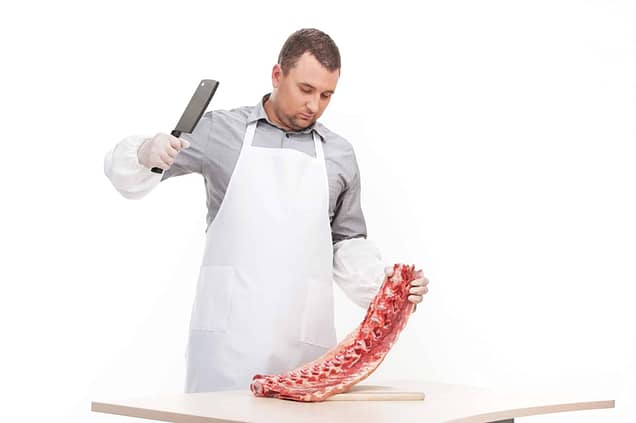 Imagine being told you’ll get a great present at the end of the year that will make your life much better. You wait, getting more excited and curious about what’s coming each month.

The big day arrives. You’re handed a beautifully wrapped box and you rip it open, only to discover that you’ve been given … a brand new empty box.

Legislative leadership called for the process at the end of the 2017 session, hoping to identify “efficiencies” in the state’s school funding model.

That was the big gift they promised: “Recalibration” would uncover all sorts of waste in our public education system so that lawmakers could “trim the fat” with funding cuts during the current 2018 budget session.

But after spending roughly $500,000 on consultants and wasting a whole lot of everyone’s time following a dozen meetings around the state, lawmakers were told that there aren’t major areas of savings to be had.

So lawmakers wrapped up an empty box and handed it back to the Wyoming public: Merry Christmas and Happy “Recalibration” from your friends at the Legislature.

In short, they did nothing. What a gift…

It’s not as though no one predicted this conclusion. At the first meeting of the Select Committee on School Finance Recalibration, House Speaker Steve Harshman (R-Casper) tried to warn the state it might not get what it expected.

“If we think recalibration is going to somehow find $400 million a year in savings, I think we traveled here for the wrong reason today,” Harshman said.

He added that the state could wind up with a formula that would actually spend more money on education than the current system. That’s exactly what happened.

The education consultants hired to conduct interviews, research, and community meetings across the state found that Wyoming actually needs to chip in a bit more than we do now to pay for early childhood education and a few other odds and ends.

Otherwise, the consultants found, our funding system is good.

The Legislature has cut roughly $77 million from Wyoming public schools over the past two years as a result of declining mineral revenues. It’s probably not a coincidence that the consultants’ recommendations would have restored about $71 million of that.

With the state’s education budget facing a deficit despite recent cuts, it surprised no one when the “Recalibration” committee declined to draft legislation that would follow the consultants’ recommendations, killing the prospect with a 10 – 0 vote.

“This is the right amount of money”

“Even though the numbers are different here and there, they basically come down to the same expense for the state of Wyoming,” Rothfuss said of the APA’s recommendations. “That tells us for an adequate, high-quality education in the state, this is the right amount of money [to spend].”

Who believes their own consultants, anyway?

But for other lawmakers, a million fact-based reports and expert recommendations won’t make a bit of difference—as long as they don’t agree with those lawmakers’ own beliefs that Wyoming’s education system is an awful waste.

Sen. Dave Kinskey (R-Sheridan) led this chorus over the past several months. He spent the entire “Recalibration” process bemoaning the high cost of Wyoming education and alleging that our standardized test scores aren’t high enough to justify the price tag.

But Kinskey’s role in “Recalibration” was largely as a mouthpiece for his political superior, Senate President Eli Bebout (R-Riverton), who sources say wants to cut $50 million from Wyoming schools during the current budget session and has previously said he’s like to see $200 million more eventually slashed from the education budget.

The upcoming battle over education funding will largely pit Bebout’s Senate against Harshman’s house. The Senate wants to see more reductions on top of the $77 million the Legislature has cut over the past two years, while the House wants to stop the bleeding and keep future generations of Wyomingites from being uneducated and unemployable.

In order to justify further cuts, Bebout and his colleagues appear to think that their first step is to delegitimize Wyoming public schools and make them seem like they’re not worth funding.

“If you take every state around us and what they spend per student, and then you compare that to what we spend, it’s an average of $8,000 to $9,000 per year less,” Kinskey said. “There’s a performance gap between what we’re paying for and what we’re getting.”

Far-right organizations like the Wyoming Liberty Group salivate at this type of argument, because they’re eager to replace the Wyoming public school system with a for-profit charter model.

Facts, and lawmakers who use them

But the cut-happy senators face a couple challenges: 1) the facts, and 2) members of the House who aren’t afraid to use them.

At previous “Recalibration” meetings, Rep. Harshman, along with Rep. Cathy Connolly (D-Laramie) and Rep. Albert Sommers (R-Pinedale), provided a litany of information about the dramatic improvement Wyoming education has seen since the Supreme Court forced the Legislature to start funding it properly. As Harshman and others have pointed out, only a handful of East Coast states annually perform better.

At the final “Recalibration” meeting, Bebout made a guest appearance and said he still just didn’t understand why Wyoming pays more than other states for education, even after the consultants’ report. Connolly and Harshman explained it to him.

“We have a constitutional obligation to actually fund our education,” Connolly told Bebout. “Other states don’t have the same obligation… They say ‘we have this much money for education’ and then they allocate it out. We don’t do that. We say ‘this is how much education costs’ and that’s what we spend.”

Harshman described how Wyoming’s constitutional obligation to “equity”—to providing every student in Wyoming equal opportunity—costs more, especially since the state had made it a priority to keep its small-town schools open.

“When you study this whole equity piece in the state, kids in Meeteetse or Shoshoni or Midwest have the same opportunity as kids in Cheyenne or Jackson,” Harshman said. “That’s a big part of what’s going on in Wyoming. It’s not going on in Montana or Utah. Could we close down Midwest and bus the kids to Casper? Absolutely. We could shut down Shoshoni and send them to Riverton. There’s room in those schools.”

But Harshman said Wyomingites want to keep rural schools open and make them provide an equal opportunity for all students, even though small schools are very expensive to operate.

“This equity piece is huge, and our consultants pointed that out,” he said.

Harshman also disputed assertion that the state’s test scores are low compared to how much Wyoming spends on public schools.

“It’s not true, our kids are doing great,” Harshman said. “We are clearly the best in the West.”