Seven men who serve in the Wyoming House of Representatives want the state to declare pornography a “public health crisis.”

But their proposed bill doesn’t really do anything besides make a declaration. There’s no call for action, no prescriptive measures. It just makes vague claims over and over and over.

It seems a bit … dare we say: masturbatory.

This is the hallmark of legislation written by a national think tank and distributed to state lawmakers across America who struggle to think for themselves. Lone definitely fits into this category.

Last year, Lone introduced two cookie-cutter bills passed out by right-wing think tanks: one to make voters show IDs at the polls and another to effectively ban transgender people from using the public bathroom. Mercifully, both failed.

This session, Lone is also sponsoring a bill to ban gay marriage. We’re sure he came up with that one all by himself.

He wants people to become aroused … to the dangers of pornography.

When the populace is sufficiently stimulated, Jennings explained, “The end result will be that, at a point that we think there’s enough recognition of the issue that we can run some tougher laws on child pornography and human sex trafficking.”

It seems mainly like a means by which its sponsors can sit back and stroke their own … morally superior egos.

The bulk of HJ1 consists of statements like: “Pornography equates violence towards women and children with sex, and equates pain with pleasure, which increases child sexual abuse and child pornography and the demand for sex trafficking and prostitution.”

The problem with these claims is that they’re not true—or, there’s nothing to indicate they are, at least.

David Hill, a doctor with the American Academy of Pediatrics, said that no study has convincingly linked pornography to public health problems.

“The conclusions we can draw from the science are very limited,” he told the Atlantic.

The so-called “studies” that Utah and Kansas lawmakers used to help pass their resolutions have been debunked.

In Utah’s case, the “study” was actually just a review of literature about pornography and came to no conclusions. In Kansas’ case, one “study” referenced by lawmakers was actually an online survey funded by an evangelical Christian church.

We do know, however, that Wyoming has a cornucopia of actual public health problems that lawmakers aren’t addressing, and whose solutions aren’t going to come from any right-wing think tank.

In fact, state lawmakers are actively making a number of Wyoming’s health problems worse by continuing to defund the state Department of Health. The Legislature has cut more than $100 million from the agency over the past two years, eliminating or drastically reducing programs from elder care to maternity care to rural medicine.

The Bipartisan Policy Center recently found that Wyoming only has 65 primary care physicians per 100,000 residents, compared to a national average of 84. When you look at specialists, the situation is even worse. We also lack basic broadband infrastructure necessary for telemedicine.

Wyoming has a hard time attracting and retaining medical professionals. Perhaps this wouldn’t be the case if fewer Wyoming lawmakers spent their time proposing bogus resolutions based on fake science and instead took steps to develop Wyoming into a more forward-looking state.

Want to join the discussion?
Feel free to contribute!

If there’s fat to cut from Wyoming public schools, why didn’t “Recalibration”... 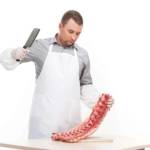 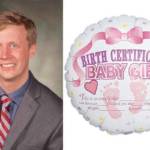 Senate introduces bill to give birth certificates to miscarried fetuses
Scroll to top
Share this ArticleLike this article? Email it to a friend!
Email sent!