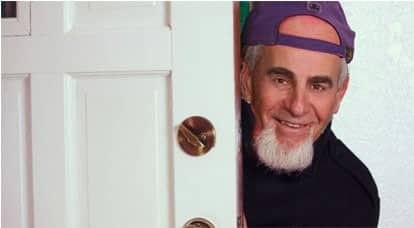 Senate President Eli Bebout (R-Riverton) on Monday reassigned a proposed Wyoming State Constitutional amendment that would defund public education after he realized the committee to which he initially assigned it might not pass the measure.

Bebout is a co-sponsor of Senate Joint Resolution 4, which would amend the state constitution so that the Legislature would never be under any pressure to raise taxes in order to fund Wyoming public schools.

Since the proposed amendment deals with education, Bebout initially assigned it to the Senate Education Committee. That committee includes the bill’s sponsor, Sen. Affie Ellis (R-Cheyenne), and another co-sponsor, Sen. Hank Coe (R-Cody).

But after hearing powerful public testimony from a Cheyenne High School student on Monday about harm the amendment would do to Wyoming education, it seemed unclear whether the measure would make it out of the five-member Senate Education Committee with an affirmative vote.

Ellis and Coe would surely vote for the bill regardless of what any high schooler said. But the committee also includes staunch education supporter Sen. Chris Rothfuss (D-Laramie) and moderate Republican Sen. Jeff Wasserburger (R-Gillette), both of whom voted against SJ-04 on introduction. That left another moderate Republican, Sen. Stephan Pappas (R-Cheyenne), as the deciding swing vote.

A source in the education community told Better Wyoming that Pappas had assured them he would vote against the amendment.

So, later that afternoon, fearing defeat of his pet project to defund Wyoming public school, Bebout reassigned SJ-04 to the Senate Revenue Committee, instead.

Wasserburger serves on that committee as well, but so does Ellis. The other three members are all Republicans who voted in support of the SJ-04 on introduction, making it essentially a slam-dunk.

This slick maneuver is characteristic of Bebout, who has enthusiastically embraced the powers granted Senate President to move forward his personal political agenda.

Last year, Bebout assured passage of two anti-abortion bills by assigning them to the Senate Agriculture Committee, chaired by ardent “pro-life” Sen. Larry Hicks (R-Baggs), instead of sending them to what would be the appropriate committee, Senate Labor and Health. The chairman of the Senate Labor and Health Committee, Sen. Charlie Scott (R-Casper), is known to generally respect women’s reproductive rights.

Bebout also singlehandedly killed popular measures last year to collect unpaid taxes from bankrupt mineral companies and to reform Wyoming’s criminal justice system. Both proposals passed the House by wide margins, but Bebout refused to assign them to committees, leaving them in his desk to die.

Throwing out the constitution

The proposed constitutional amendment, SJ-04, would change Wyoming’s constitution so that the Legislature could seize complete control over funding levels for Wyoming public education. Currently, the Legislature is obliged by law to fund public schools so that every student in the state has access to a quality education.

The Wyoming State Supreme Court has reaffirmed the Legislature’s responsibility to adequately fund public schools in a series of high-profile court decisions. These so-called “Campbell Decisions,” nicknamed after the school district that led the lawsuits against the Legislature, force lawmakers to come up with money for public schools, even if that means raising taxes.

During boom times, the Legislature has been able to fund education with mineral tax revenues. But the current mining bust has left the state’s annual education budget short about $250 million. Instead of raising new taxes to fund education at a constitutional level, SJ-04 would allow the Legislature to simply throw out the constitution and fund schools with whatever mineral tax money they have lying around.

Challenges to the amendment

Despite Bebout’s best efforts, SJ-04 faces real challenges before it’s actually able to change Wyoming’s constitution. Even if it passes the Senate Revenue Committee and the full Senate, it would face certain opposition from Speaker of the House Steve Harshman (R-Casper), a vocal education champion.

Harshman and the House fought back last year against Bebout’s Senate as the latter tried to cut $90 million from the state’s education budget (they compromised at cutting about $35 million, on top of the roughly $25 million cut the year before).

The House Speaker will have options equal to Bebout’s if he decides to kill the amendment. He could refuse to introduce it, assign it to an unfriendly committee, or simply persuade his colleagues in the House to vote it down on the floor.

Even if it were to pass the House and the full Legislature, the amendment would face a potential veto from Gov. Matt Mead, who spoke against further education funding cuts before the 2018 budget session.

Finally, even if Mead does sign the resolution, it would then be put on the ballot for Wyoming voters to affirm or deny. If testimony against the bill on Monday was any indication, the people of Wyoming don’t want the Legislature having full control of education funding.

Bridger Bogus, a senior at Central High School in Cheyenne, addressed the committee on Monday in opposition to the amendment. The teenager argued that it would fundamentally damage Wyoming education.

Two criminal justice reform bills sail through the House, as they have in years...