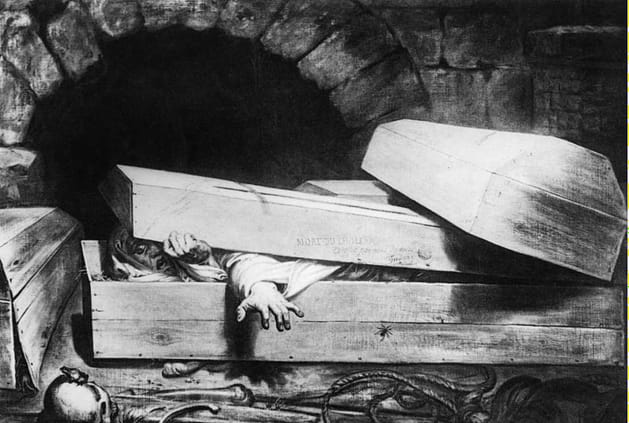 A sense of doom began settling on any prospect of Wyoming tax reform at the final meeting of the Legislature’s Joint Revenue Committee late last month.

Leaders of Wyoming’s travel industry, state and local tourism officials, and other stakeholders had collaborated for nearly a year to craft a proposed “leisure and hospitality tax.” The proactive measure would allow Wyoming’s Department of Tourism to fund itself, to promote the industry, and it would free up millions of dollars in the state’s General Fund for other uses.

But Senate President Eli Bebout (R-Riverton) had made his opposition to the proposal clear, arguing that it would affect too many Wyoming residents via taxing bar and restaurant purchases. Instead, Bebout said he would support a statewide lodging tax, which would target more out-of-staters.

That’s the Wyoming Way when it comes to generating revenue: Tax mineral companies, tax tourists … just don’t tax us. We don’t want to pay for anything ourselves.

Talk about self-sufficiency and rugged independence.

Under Bebout’s sway, the committee killed the “hospitality and leisure tax,” which until that point had been the revenue proposal with the likeliest chance of passing this session, given its support from the industry it would tax the most.

Bills need clear majorities to pass, and the “hospitality and leisure tax” vote was split 6 – 6, with one member of the committee absent.

Things have gone downhill from there.

Only a few revenue bills reached the Legislature at all this session, despite the roughly $450 million annual shortfall in the state’s budget and two prior years of deep budget cuts.

The Revenue Committee had been tasked by leadership to come up with proposals generating $100, 200, and 300 million, which they failed to do. They came up with a couple of paltry tax bills, and they devised a handful of proposals to shuffle money around Wyoming’s multitudinous savings accounts and investment interests, which together would generate about $100 million for actual use by the state.

None of the measures would make a serious dent in Wyoming’s dependence on mineral revenues for 70 percent of its operating budget, nor help the state move away from its boom-bust roller coaster.

The only two bills sponsored by the Revenue Committee that would have actually raised taxes focused on liquor and cigarettes. Proposals such as these face stiff opposition from lobbyists who swear Wyomingites will simply starve to death if they’re forced to pay a few cents more per bottle of booze.

They’re also often derided as “sin taxes,” which is ridiculous.

A real “sin tax” would tax actual sins, like Wyoming Liberty Group founder Susan Gore’s greed when she adopted her ex-husband as her child in order to secure a larger inheritance, or former Wyoming Secretary of State Ed Murray’s (alleged) lust for his teenage babysitter.

Taxes on things like cigarettes and alcohol make sense because the state helps pay for people’s healthcare. Cigarette-related health problems alone cost Wyoming more than $250 million a year. Taxes on cigarettes are a way of recouping some of those costs.

But to the Wyoming Legislature, all taxes are sins.

The booze and cigarette taxes—along with proposals on property tax, sales tax, wind tax, and even Bebout’s lodging tax—died ignoble deaths on Friday afternoon. Friday was the last day the House could consider bills for introduction. But the chamber wrapped up work early that day, leaving 37 bills in the lurch.

“It’s not even 3:30,” Rep. Cathy Connolly (D-Laramie) said as she walked into the hallway.

House Speaker Steve Harshman (R-Casper) explained to the Wyoming Tribune-Eagle that it wasn’t his fault that his chamber left work early, blocking any chance of new revenues. (Revenue proposals, by law, must begin in the House, and not the Senate; meanwhile, the Senate managed to get through all its bills.)

“I thought we’d go longer with Committee of the Whole, but we didn’t,” Harshman said. “So a motion was made and the body voted [to adjourn].”

He also noted that it was Senior Night for the football team back home at Natrona County High School, where he’s a teacher and head coach.

“Here’s the deal: We’re all busy people, it’s my Senior Night. Your family, your job come before the Legislature,” the Speaker said.

Good thing there wasn’t anything more important he could have been doing.

So, the Legislature now has no means of addressing massive shortfalls in the state’s general or education budgets other than shuffling around money, spending savings, and further cutting public schools and services.

To add insult to injury, wrapping up work early on Friday meant that lawmakers didn’t even get to discuss ideas for otherwise addressing Wyoming’s money troubles.

Several forward-looking, long-term approaches were effectively squashed, including a bill to create a Tax Reform 2020 committee. Paying homage to a similar committee convened the last time Wyoming faced a nasty mineral bust, the mostly Republican sponsors of the TR2020 bill wanted to convene a group to seriously develop a plan of action to move away from the state’s pathetic dependence on minerals.

The prior committee, Tax Reform 2000, examined Wyoming’s options at the time and found that the most prudent move would be to implement personal and corporate income taxes. Then, the fracking boom of the early 2000s hit and the immediate need for tax reform subsided.

So lawmakers, as usual, didn’t do anything.

Rep. Harshman described to WyoFile one of his elaborate plans this session to divert money to schools from Wyoming’s $8 billion Permanent Mineral Trust Fund. He said the move would be “our hedge against a personal income tax.”

It’s not a coincidence that Harshman mentioned income tax—rather than, say, increased sales or property taxes, or something wonky like a Gross Receipts Tax.

To any sober and sane person who’s examined Wyoming’s revenue problems—including the Tax 2000 committee members—an income tax is the obvious answer. That’s likely why lawmakers, drunk on the belief that coal will come back and save us, didn’t want to hear the Tax 2020 proposal.

Rep. Connolly and Sen. Chris Rothfuss (D-Laramie) sponsored a comprehensive tax reform bill that the House neglected to hear on Friday. Among its foremost features was an income tax.

A modest income tax in Wyoming would generate hundreds of millions of dollars, while a provision in the Wyoming state constitution would shield anyone making less than (roughly) $50,000 from any tax increase whatsoever. Other middle-class people would see a modest tax increase.

The revenue would come almost entirely from the ultra-wealthy people who currently use Wyoming as a tax haven.

According to Montana-based Headwaters Economics, the “non-labor” income earned in Wyoming, which is primarily investment income for billionaires, is more than double the personal income earned by people working in agriculture, forestry, oil and gas extraction, and mining combined.

If lawmakers like Bebout are so hell-bent on taxing people who don’t live in Wyoming, these people with gargantuan summer homes in Jackson who claim residency here for tax purposes would be a good place to start.

Maybe we won’t have to wait until the state is plunged into a Kansas-like crisis for the Legislature to meaningfully pursue tax reform. But it’s likely some anti-tax lawmakers will have to go before we see progress.

It’s not going to happen this session, anyway.