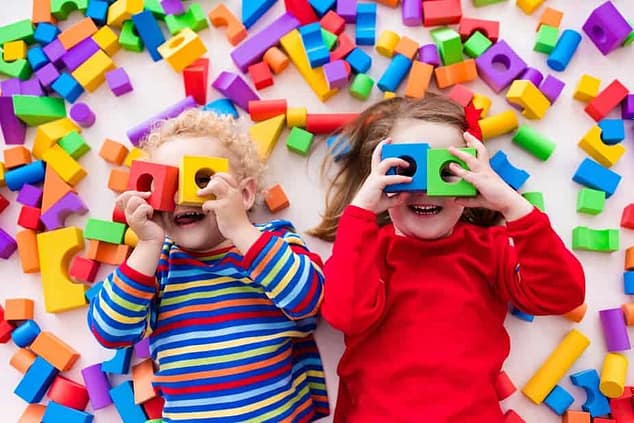 A bill to move Wyoming toward universal pre-K education passed the Senate Education Committee on Monday, although the state is far from achieving that goal as a result of its public education funding troubles.

Sen. Chris Rothfuss (D-Laramie), the bill’s sponsor, said this type of coordination will be fundamental if the state wants to figure out how to actually implement early childhood education.

“I see this legislation as a first step so we know what’s going on, and to having an office that’s capable of communicating among [the existing agencies] and really understand where we’re at, what our needs are and where we can do better,” Rothfuss said.

Wyoming is one of just a handful of states that doesn’t fund early childhood education.

According to consultants recently hired to “Recalibrate” Wyoming’s public school funding model, this neglect is needlessly costing the state money in the long run.

Early childhood education has been proven to improve students’ performance as they move through school. Funding universal pre-K would increase on-time graduation and decrease the amount Wyoming spends on remedial programs to help kids who fall behind.

SF-96 does not allocate any funding to launch a statewide pre-K funded program, since there’s no funding to be had—Wyoming faces a roughly $250 million shortfall in its annual education budget as a result of our dependence on mineral revenues. As lawmakers refuse to raise any new revenues, funding for new programs is scarce. Pre-k programs that exist in Wyoming now operate thanks to federal grants and private funding.

But Rothfuss’ bill puts in place the infrastructure to move Wyoming toward developing a state-supported pre-K program that can help all kids succeeed … whenever the Legislature decides to fund it.

Depressingly, Wyoming had at its fingertips the seed money to launch a robust statewide early childhood education initiative several years ago, but it dropped the ball.

In 2011, the federal government was offering grants of up to $50 million to states participating in its Race to the Top Early Learning Challenge, a national effort to spread the benefits of pre-K education nationwide.

Wyoming was awash in money at that point from a mining boom and could have easily funded the launch of its own state-funded pre-K program. But the circumstances behind its forgoing hundreds of millions of dollars in federal money are nevertheless worthy of a face-palm.

Apparently, Wyoming was a shoe-in for the program. But then-superintendent of public instruction Cindy Hill’s staff neglected to show up to a meeting of the Wyoming Early Childhood Partnership, which was finalizing the grant application.

Neither seems likely. Wyoming has a habit of not taking advantage of federal funding that could dramatically benefit its residents (Medicaid expansion, anyone?). Wyoming didn’t even get out of the starting block for this important “race,” which could have revolutionized the state’s whole approach to getting young kids prepared for public school.

Instead of a jump start toward state-supported early childhood education, Wyoming is left to take baby steps.

Rothfuss said if his bill is approved it would not go into effect until July 1, 2019, and it could be delayed by a year beyond that if the stakeholders agree that the consolidation under DOE isn’t ready to begin.

“I don’t think it will be a Herculean effort,” he predicted.

He said the bill intentionally does not restructure the early childhood education programs currently operating because deciding how the new office will run is part of a process to be negotiated by DOE, the governor, the other departments and stakeholders.

Sen. John Hastert (D-Rock Springs) said that, despite Wyoming’s school funding problems, he believes the time is right for all pre-K education efforts to go under the umbrella of the Department of Education. He noted, for instance, that all four departments are now competing for the same certified staff.

Sweetwater County School District #2 is one of the few Wyoming school districts that offer school-based pre-K right now, although their program is limited to students five years and older.

Superintendent Donna Little-Kaumo told Wyoming Public radio that the program has been a resounding success.

“We are seeing kids that are motivated to learn, kids that are confident and believe in themselves as learners, teachers that can move on with the curriculum because the kids are ready, and parents that feel like they’ve had a gift of a lifetime for their child” Little-Kaumo said. “It’s just a win-win-win any way you look at it.”

Lawmakers bury tax reform chances, while the need for tax reform remains very...
Scroll to top
Share this ArticleLike this article? Email it to a friend!
Email sent!