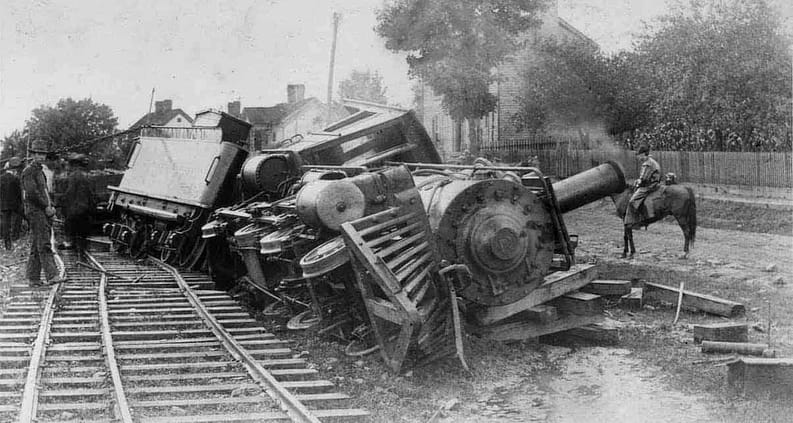 The Legislature's 2018 budget session is a trainwreck for Wyoming schools.

When Marguerite Herman looks at the Legislature during the current 2018 budget session, she sees a train wreck in slow motion.

The former Associated Press journalist, Parent Teacher Association lobbyist, and current member of the Laramie County School District No. 1 Board of Trustees has been watching Wyoming state lawmakers work for decades.

But she’s never seen a session, she said, quite like this.

The Legislature’s two chambers—the House and the Senate—are in wild disagreement about how to approach the state’s education funding shortfall.

Herman says she “despairs education will be the whipping boy” caught between the two chambers and their disagreements.

As a result of busted mineral revenues, the Legislature has cut roughly $77 million from Wyoming public schools over the past two years. This year, the Senate has proposed a budget that cuts more than $100 million more.

The House, meanwhile, proposes modernizing the state’s current revenue streams to put less money in savings and more toward education. But its proposal also contains $34 million in additional cuts.

“The Senate version is draconian,” Herman said. “It’s going to do serious and long-term damage to education. Why would you suggest something like that, except it’s a pound of flesh you’ve been after for 30 years?”

The House proposal, she said, is certainly not what education advocates want, “but it’s cuts that school districts may be able to possibly absorb.” 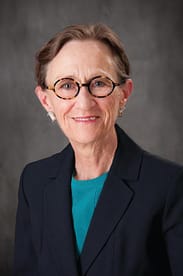 Both versions, Herman said, will result in laying teachers off. The cuts from the last two years have already resulted in the elimination of nearly 600 public school jobs. The Senate proposal would likely eliminate another 1,500 jobs, which would be devastating not only to schools, but also communities and economies.

“Early retirement can only take care of so much,” Herman said. “There will be layoffs and there will be other cutbacks that will start to take a serious impact.”

“He’s immune to any arguments, he’s immune to any sympathies,” she said. “Ruling the body with such an iron hand, and he’ll brook no compromise. He started out with a premise [about education] and nothing is going to move him. He commands enough loyalty, I don’t see the Senate going against him—out of loyalty or fear.

“Wholesale mutiny would have to happen,” Herman continued. “I don’t know if there are a lot of people who think like him or they’re just afraid of him. It’s a pending disaster. It’s scary when you think about what’s at stake, because the funding bill that’s over in the Senate, SF 117, is catastrophic—and I don’t use the term lightly.”

Unlike typical partisan politics between Republicans and Democrats, she said the current battle is largely driven by egos.

“I think good things are going to fail just to show them who’s boss,” she said. “I think education [funding] is where the merits of a program are going to come secondary. ‘If it’s the House’s favorite bill then let’s kill it.’ You could make the strongest case possible and it’s not even going to matter It’s, ‘We’ll show them.’”

Back to the courts

The Wyoming Constitution guarantees each student in the state access to a quality education. The State Supreme Court has repeatedly upheld this fact, forcing the Legislature to fund schools, even when lawmakers were intensely reluctant.

Herman predicts school districts will take the Legislature to court after this year’s cuts.

“Litigation is becoming more and more evident and it’s going to make [legislators] even madder than they are now,” Herman said. “I just see [litigation] as kind of inevitable. It’s sad, because it’s going to use up precious resources and it’s going to burn a lot of relationships. It has always been avoidable, but it’s kind of like playing chicken with the school system. We’ve been down this [road] before.”

Conference committee will be the real conflict

Thus far, the House and Senate proposals have been a prelude to the real conflict. That will take place when the two chambers convene for a “conference committee” next week, in which teams from each chamber will negotiate a budget based on their two separate proposals.

Senate participants in the conference committee, Herman said “are going to have pretty narrow marching orders; very narrow authority to give in. If it isn’t Bebout, it will be a Bebout surrogate.”

The steadfastness with which the Senate is sticking to its position spells disaster, Herman said.

“It’s a train wreck in slow motion – they’re on the tracks and they can’t turn away. I don’t see any chance for reason to prevail. I just don’t,” she said.

Herman would like to see both sides put away their egos for the sake of Wyoming’s students.

“I’m in sympathy with the House because I think they’re actually giving thought to [different solutions]. But in the Senate it’s got all this ego stuff wrapped in it—no taxes, at all, for a lifetime. Why not? We’re going to count pennies, they’re voting in tax breaks” for oil and natural gas.

The PTA lobbyist wants parents to know that, if they want quality school for their kids, Wyoming needs to figure out new, non-mineral revenues to fund it.

Senate passes oil and gas tax break while Wyoming faces a budget crisis
Scroll to top
Share this ArticleLike this article? Email it to a friend!
Email sent!