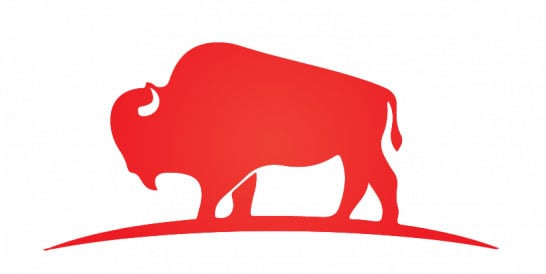 [fusion_text]More than two thirds of the State Senate voted Tuesday to pass a proposed constitutional amendment that would remove the Legislature’s obligation to adequately fund Wyoming public schools.

While normal bills require a simple majority, proposed amendments must meet a heightened two-thirds threshold to pass each chamber. Senate Joint Resolution 4, sponsored by Sen. Affie Ellis (R-Cheyenne), met the requirement with wiggle room to spare. It passed on a 22 – 8 vote.

Now the proposal moves to the House, where Speaker of the House Steve Harshman (R-Casper), an education advocate, will decide whether to let it move forward.

In contrast to the Senate’s cut-and-burn approach, Harshman has led the House down a different road to solving Wyoming’s education funding problem: He’s dug deep into the state’s complex revenue structure and figured out how to modernize it. Instead of continuing to dump money into savings accounts during a budget crisis, the House’s proposal involves shifting some of that revenue to pay for education.

The Senate doesn’t appear interested in modernizing anything, though. Each bill they’ve passed this session seems designed to keep Wyoming entrenched in the old ways—undereducated, mineral-dependent, squirreling away gold like Scrooge.

Ellis’ amendment would make the Supreme Court leave them alone to cut education and continue with their crotchety ways.

A traditional approach to defunding schools

Ellis is only a second-year lawmaker, but her tactics to defund Wyoming public schools come out of long-established playbooks.

Her proposed amendment, for instance, largely mirrors another brought last year by Sen. Dave Kinskey (R-Sheridan). Kinskey has been a vocal proponent of defunding Wyoming education for years, regularly complaining that the state’s students just aren’t worth the investment. His facts, however, are often questionable and derided by his colleagues.

Ellis also uses old tricks when it comes to arguing in support of her position to cut school funding. She recently told Wyoming Public Radio that she’s against raising taxes to fund schools because school districts are not transparent in reporting how they spend state funds.

This argument echoes the Wyoming Liberty Group’s “Transparency Before Taxes” campaign. The Liberty Group, which advocates for the privatization of basically everything, has long been a proponent of gutting public education and instituting a system of private charter schools.

As WPR pointed out, however, Ellis’ and the Wyoming Liberty Group’s transparency argument might sound good, but it’s nonsense: School districts keep detailed records of their expenditures. They’re available online to anyone, and anyone can attend public school board meetings and ask questions about districts’ budgets.

Finally, Ellis’ view of Wyoming’s education funding problem rests on a tried-and-true Cowboy State theme: federal government overreach. As she explained onstage at the 2017 national Conservative Political Action Conference, the federal government’s overbearing regulations hurt Wyoming’s mineral industry. “That has had a trickle-down effect on our education system, which is largely funded by those resources,” Ellis told the D.C. crowd.

So, we just need to get the feds off our back, drill in Yellowstone National Park, and funding our schools will be easy.

At home among the Good Ol’ Boys

Ellis’ traditionalist approach to cutting Wyoming education funding has found favor in the Senate, which is comprised predominantly of Good Ol’ Boys.

Her proposed amendment sits comfortably beside another by Sen. Charlie Scott (R-Casper), the ol’est of the Senate’s Good Ol’ Boys. Scott’s amendment would change the way Wyoming funds school facility construction, reverting back to the grand times of his youth when rich kids attended fancy schools and poor kids had to learn in crappy buildings.

Her amendment would also give life to the longtime dream of the Legislature’s top Good Ol’ Boy, Senate President Eli Bebout (R-Riverton). Bebout is the lead architect of the Senate’s proposed $130 million cuts to public schools this session, which would almost certainly be declared unconstitutional. The Wyoming State Supreme Court has repeatedly upheld education as a fundamental right and has forced the Legislature to fund it. Ellis’ amendment would strip the court of its power to force the Legislature to fund schools, making Bebout’s cuts legal.

Wyoming’s current revenue system that guides the flow of tax dollars from their sources—mostly in the mining industries—into the state’s various bank accounts was designed in the 1980s. The Senate’s approach to education funding keeps that system in place—which seems appropriate, since basically everything it does is 40 years behind the times.

The House, on the other hand, has brought forth a proposal to address Wyoming’s roughly $230 million education funding shortfall by modernizing the state’s revenue streams, brining them in line with current economic reality.

This basically involves shifting around streams of revenue so that less goes into savings and more is available to fund education. While Wyoming’s vast savings do serve a purpose—the interest they generate goes to good use via investments—it’s absurd to fill them up further while schools are closing, teachers are being laid off, and students’ educations are under threat as a result of budget cuts.

Harshman, the Speaker of the House, likens the state’s different revenue streams to different-sized pieces of pie.

The House proposal, which he helped design, involves complex formulas and calculations. But at the end of the day, Harshman said at a recent House Education Committee meeting, Wyoming has a finite amount of money—that’s what the pie is.

The House proposal just moves around the lines that divide up the pie.

“The lines we have now were drawn in the 1980s and 1990s,” Harshman said “We’re just redrawing the lines to meet new demands and problems. None of this is rocket science. We’re just looking at our revenue streams and trying to shift that pie a bit.”

By “redrawing the lines on the pie” to put more money toward schools and less toward savings, the House proposal would cut just $37 million over the course of three years—compared to $130 million in the Senate proposal—all without raising taxes.

Education advocates seem to have cautiously backed the House proposal, seeing it as obviously the lesser of two evils.

“In a perfect world, we would love to utilize savings and see no cuts,” said Brian Farmer, executive director of the Wyoming School Board Association. “But if we have to do reductions, this is a far better alternative than what we’ve got down the hall [in the Senate].”

Farmer noted that, even beyond the education funding crisis, the state’s money problems reflect a need to modernize its revenue structure.

“People talk about our $900 million ‘structural deficit’—that implies that the structure is a problem,” Farmer said. “This [House proposal] is a good thing. This state has one pot of money, one pie. How we divide it is a policy decision.”

Next week, members of the House and the Senate will embroil themselves in negotiations during a “conference committee” to hammer out a solution to Wyoming’s education budget crisis. At stake is whether Wyoming will take a more modern approach that saves public schools, or whether it will stubbornly keep pouring money into savings and decimate education.[/fusion_text]

https://image.tetonmediaworks.com/w:auto/h:auto/q:mauto/https://betterwyo.org/wp-content/uploads/2018/03/BW-LOGO-just-buff.jpg 274 546 BetterWyoming /wp-content/uploads/2020/07/A-Better-Wyoming_logo.png BetterWyoming2018-03-02 02:50:182019-08-20 12:12:22While the Senate looks to slash education, a House proposal would modernize revenue streams to put less toward savings and more toward schools
Senate passes oil and gas tax break while Wyoming faces a budget crisis

Senate works to nab pot brownie dealers before they strike again
Scroll to top
Share this ArticleLike this article? Email it to a friend!
Email sent!