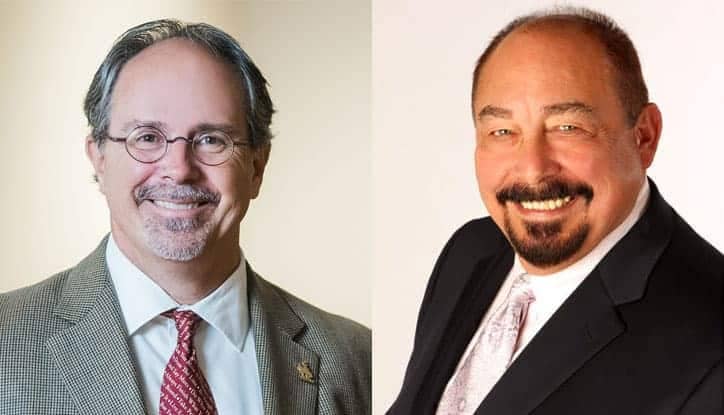 The House Minerals Committee killed a bill they weren’t supposed to on Monday, so the oil and gas lobbyists who run the Wyoming State Legislature made them go back and vote on the bill again.

The proposal in question was Senate File 74, a bill written by ALEC to protect the oil and gas industry from protests like the one that took place on the Standing Rock Indian Reservation.

The bill died with a 4 – 4 vote yesterday morning after a committee member who was a sure-bet supporter recused himself because of a conflict of interest.

Shocked, the lobbyists jumped into action and began applying pressure to the “No” votes. Committee chairman Mike Greer (R-Worland) conveniently neglected to “sign the bill jacket”—a technical procedure required to make the vote official—giving lobbyists a chance to apply pressure to Rep. Bill Henderson (R-Cheyenne), who agreed to change his vote.

The committee reconvened this morning, where SF-74 officially passed 6 – 2. The industry convinced Rep. Tom Crank (R-Kemmerer) to change his vote as well.

Greer made sure to sign the bill jacket this time.

SF-74, “Crimes against critical infrastructure,” would punish pipeline protesters with up to ten years in jail and a $100,000 fine. It would also punish organizations that “aid or encourage” protesters—like churches, environmental groups, or Native tribes—with fines of up to $1 million. 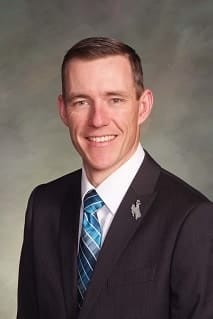 The legislation sailed through the Senate, with a 25 – 5 vote. Some of the Legislature’s most powerful Senators are sponsoring the bill, including Senate President Eli Bebout (R-Riverton) and Wyoming Secretary of State candidate Sen. Leland Christensen (R-Alta).

After it passed its final vote in the Senate last week, Better Wyoming overheard Rep. Tyler Lindholm (R-Sundance) excitedly assuring the bill’s chief lobbyist, Robert Jensen, that it would pass the House, as well.

Jensen is an oil and gas lawyer who lobbies for HollyFrontier, owner of the Cheyenne oil refinery, pipeline company ONEOK, Westmoreland Coal, and the American Fuel and Petrochemical Manufacturers.

“Oh yeah, we got the votes,” Lindholm told Jensen in the hallway. The lawmaker grinned and gesticulated like a puppy eager to please his master. “Wyoming is actually conservative sometimes,” he guffawed.

A mockery of Legislative procedure

Numerous groups protested the unbelievable mockery of Legislative procedure that allowed for a re-vote on the bill.

According to the Legislature’s own rules, committee votes must take place while the committee is convened in a public meeting. So, Henderson couldn’t just change his vote after the meeting Monday morning—the committee would have to meet again.

Today is the last day committees can vote on bills during the 2018 session, so the oil lobbyists and legislators had to work it out so the committee could hold a special meeting this morning.

One struggles to imagine a bill dealing with any other industry or issue prompting a scenario like this to play out. No one in the Legislature is bending over backwards, ignoring the rules, and re-voting on behalf of any other interest.

Again, by the Legislature’s own rules, committee meetings must be public, and public notice of a meeting must be posted by 3 p.m. the day before the meeting takes place. But it took a while for the lobbyists and lawmakers to get their affairs in order. According to WyoFile, the notice for today’s meeting wasn’t stamped until 3:07 p.m. yesterday and it wasn’t posted until 3:58 p.m.

Upon hearing protests, the Legislature’s Rules Committee met at around 5 p.m. to consider whether to allow the re-vote. The committee determined that, because this bill is so important to the oil and gas industry, they would ignore the rules and allow the special meeting.

Who’s in charge in Wyoming

Even in a bona-fide Petrol State like Wyoming, where lawmakers openly work at the behest of mineral companies and consider everything else a secondary interest, this situation was a disturbing reminder of who, precisely, is in charge.

It’s one thing, for instance, that the Senate President who’s also the president of an oil company can propose a tax break for oil companies without anyone so much as blinking an eye. But for lobbyists to be able to straight-up refuse to allow a bill they’re backing to die, and to be able to pressure a committee into re-voting on it according to industry interests, suggests a degree of obedience among our state’s leadership beyond even what cynical observers expect.

The House Minerals Committee settles in for its re-vote.

One struggles to imagine a bill dealing with any other industry or issue prompting a scenario like this to play out. No one in the Legislature is bending over backwards, ignoring the rules, and re-voting on behalf of any other interest.

The mood was generally grim inside the conference room of the Jonah Building this morning where the House Minerals Committee met for the second time in as many days. Sen. Christensen, SF-74’s sponsor, appeared to be in good spirits, however. So did Rep. Lindholm, who sits on the committee.

Legislative leadership had decided the day before that the meeting would be public, but it would not include any kind of discussion among the committee members nor any testimony from the members of the public.

The committee was simply to sit down, shut up, and re-vote on the single bill.

Chairman Greer offered a lame excuse as to why he had not signed the bill jacket yesterday.

“As I was rushing out to the [House chamber] floor, I told [the secretary] we’d do the paperwork later,” he said. He attempted to characterize the re-vote as “not uncommon,” although it’s unclear when this has happened before. Greer certainly didn’t give any examples.

Henderson, for his part, looked as though he was being marched to the gallows. He maintained a hangdog frown throughout the meeting and kept his eyes averted down at the papers in front of him. It was hard to tell whether he was putting on a stage play for audience members like Lynnette Greybull, executive director of the Wind River Native Advocacy Center, or whether he actually felt like a piece of pathetic garbage for buckling under lobbyist pressure.

Greer asked for the roll-call vote. The “ayes” from the day before reaffirmed themselves: Reps. Lindholm, Greer, Danny Eyre (R-Lyman), and Bunky Loucks (R-Casper). Rep. Crank joined them.

Two committee members maintained their “no” votes when their names were called: Reps. James Byrd (D-Cheyenne) and Aaron Clausen (R-Douglas), the latter jutting out his chin and looking somewhat like a defiant Viking prepared battle the proposal both with his vote and with his beard.

Finally, the secretary called out: “Henderson?”

Henderson didn’t respond. The committee members turned to him, but he kept his eyes down and didn’t meet their gazes.

After another pause, Henderson inhaled deeply and issued something of a garbled, reluctant-sounding response in the affirmative.

The vote was finished. The bill passed. The lobbyists won.

Henderson got up and walked over to Lynnette Greybull as the room was clearing out. He extended his hand. We hope to God, for his sake, he was apologizing.

Wyoming GOP committeeman Charles Curley under fire for allegedly assaulting...
Scroll to top
Share this ArticleLike this article? Email it to a friend!
Email sent!