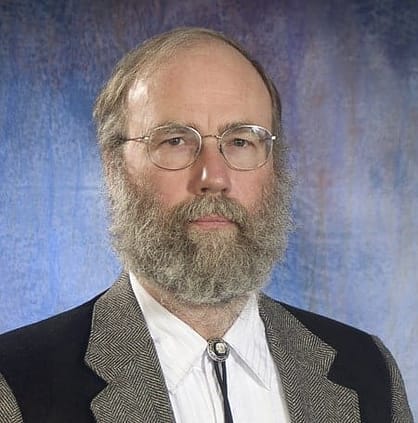 [fusion_text]NOTE: This article was updated Wednesday morning to include comments by Darin Smith, chairman of the Laramie County GOP, who said he found out about the incident several days after the fact, encouraged Wallin to press charges, and demanded that Curley resign.

The article was also updated Thursday morning with a more detailed account of the altercation that was told to K2 Radio in Casper.

Wyoming Republican State Secretary Charles Curley has been asked to resign from state party leadership after he allegedly assaulted a female colleague nearly two weeks ago.

Curley has refused to resign, prompting concern and heated debate among members of the Wyoming State Republican Party.

According to an anonymous source who spoke with K2 Radio in Casper:

The alleged altercation began with an argument between Curley and Wallin regarding how the dinner was being run. Wallin reportedly walked away from that disagreement.

But as she did so, sources say, Curley pursued her and hit her in the back. He then allegedly grabbed her by one arm and spun her around to face him, pulling down her shirt to expose her shoulder at one point.

The state GOP has chosen silence instead of publicly condemning Curley and his actions. They have refused to publicly show support for Wallin or vow that such incidents have no place in Wyoming’s most powerful political party.

Much of this information is based off of interviews from sources in and around the Jonah Building during the Wyoming State Legislature’s 2018 budget session. The sources predominantly requested anonymity for fear of repercussions from Republican leadership, although several provided Better Wyoming with evidence to corroborate their claims.

Despite not yet appearing in the news, the fact that Curley allegedly attacked Wallin is widely known around the Jonah Building and has been discussed in hushed tones for the past ten days.

Others who either witnessed Curley’s alleged assault or have firsthand knowledge of it include: Wyoming Liberty Group CEO Jonathan Downing; Gail Symons, a member of the Wyoming Government Spending and Efficiency Commission; and state GOP Treasurer Doug Chamberlain.

UPDATE: Darin Smith, chairman of the Laramie County GOP, contacted Better Wyoming after this report’s initial publication. He said he found out about the alleged assault several days after the fact. He said he immediately called Wallin and encouraged her to press charges, and he then demanded that Charles Curley resign.

The state’s GOP leadership has apparently gone to great lengths to keep the situation under wraps while they determine how best to deal with Curley’s refusal to resign. They have chosen silence instead of publicly condemning Curley and his actions. They have refused to publicly show support for Wallin or vow that such incidents have no place in Wyoming’s most powerful political party.

Physically assaulting a colleague in many circumstances would result in repercussions much harsher than merely asking the assailant to resign. But no such action has been taken against Curley.

GOP leaders will reportedly meet this week to discuss the situation.

Among the more disturbing aspects of the stories regarding Curley’s alleged assault of Wallin has been witnesses’ tendency toward victim blaming. People willing to discuss the event with Better Wyoming have said that Wallin has been getting on her fellow Republicans’ nerves lately, making people in the party upset.

This shifting of attention away from Curley—as though Wallin was somehow doing something that made her deserve to be physically assaulted—seems part and parcel with Curley’s not facing any serious repercussions nearly two weeks after the alleged assault.

To be clear, Better Wyoming and Charles Curley share no love for each other. We have previously reported on Curley and called him an “arch-conservative nutjob” for his fanatic opposition to raising new revenues and decreasing Wyoming’s reliance on the minerals industries.

Curley declined to comment about that accusation to the Casper Star-Tribune, but noted of Better Wyoming: ““I can make some really snarky remarks but I think their language stands on its own.”

Better Wyoming recognizes that this fact might make readers suspicious of our motivations for breaking the news about Curley’s alleged assault of Wallin. For that reason, we have sat on this story for several days without reporting it.

However, since no other media outlet has been able to find people to speak about Curley’s alleged assault on the record, we felt it was important to make this situation known.[/fusion_text]

Medicaid work requirements bill, aimed at Wyoming’s “poorest of the poor,”...
Scroll to top
Share this ArticleLike this article? Email it to a friend!
Email sent!