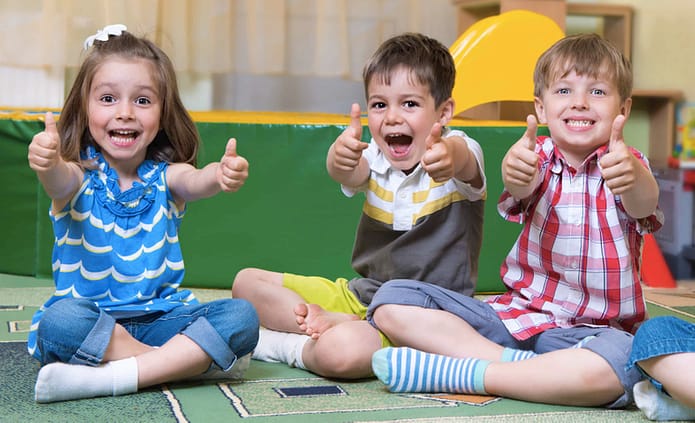 The Legislature won't be threatening these children's education ... for now.

As Gov. Matt Mead walked past a group of journalists in the hallway of the Jonah Building on Wednesday, one called out: “Hey governor, are you here as the enforcer on education funding?”

Mead smiled as he passed by. “I’m more like the cooler,” he said. Then he disappeared into a conference room.

In gambling parlance, a “cooler” is a person who can stop anyone’s hot streak, like the protagonist in the 2003 movie The Cooler who works for a casino. 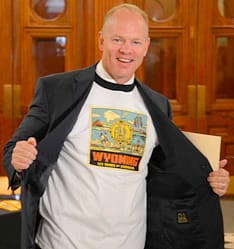 Mead’s remark was cryptic, but it doesn’t seem too much of a stretch to guess what he meant: the Legislature, led by Senate President Eli Bebout (R-Riverton), had been on a hot streak of cutting education funding for the past two years. Mead has publicly stated he wants the cuts to stop.

He may have been there to cool Bebout down.

Bebout, Mead, and Speaker of the House Steve Harshman (R-Casper) have been meeting all week behind closed doors to find a solution to the state’s $240 million annual education budget deficit. On Thursday, education advocates at the Jonah Building declared their confidence that the three men had struck a deal. It should be formally announced Friday.

Prior to the 2018 budget session, Bebout had said he hoped the Legislature would cut $100 million from public schools this session, on top of the $77 million in cuts from the past two years. As recently as Wednesday evening, the Senate’s budget included roughly $160 million in education cuts to be rolled out through 2020.

But Harshman and Bebout, with Mead’s encouragement, agreed to a compromise Thursday that removed school funding cuts from the two chambers’ budget bills. Instead, the question will be addressed by House Bill 140, which passed the Senate Thursday afternoon. Education advocates had been reluctantly rooting for that bill despite its roughly $30 million in cuts. It was clearly the least evil thing that would come out of the Senate.

Not very evil at all

In fact, HB-140 doesn’t seem very evil at all, given the circumstances. The cuts it contains will roll out in stages, with only $8 million in reductions slated for 2019. An official explained to Better Wyoming that, since much of that reduction deals with special education, and since special education costs are reimbursed by the state on a rolling basis, then schools might not experience any real cuts next year at all.

The solution also buys education advocates time to build more momentum against further cuts, and even to potentially reverse the cuts scheduled in HB-140 for 2020.

It will also provide the Legislature the opportunity to figure out new sources of revenue and actually close the education funding gap, should they actually choose to fix the underlying problem.

The compromise struck between the House and Senate on the state’s budget affects school funding, and is rather bizarre.

Since neither Harshman nor Bebout were willing to cross the vast chasm between their two philosophies on how to pay for schools, they decided to try Harshman’s plan for one year, and Bebout’s plan the next.

It’s sort of a compromise without any compromise.

Harshman’s approach involves modernizing Wyoming’s revenue structure—which hasn’t been updated since the 1990s—directing less severance tax revenue toward savings, and more toward schools. It also involves allocating sales tax from online purchases toward education, and a hodgepodge of other measures. Harshman’s plan, he said, will add as much to school funding as a half-cent sales tax increase would.

In 2020—if all goes according to the compromise—the state’s revenue structure will then revert to its current state, per Bebout’s wishes, and school funding not covered by current revenues will come out of the state’s “Rainy Day Account.”

But lots of crazy things can happen between now and then.

After two years of losses, education advocates won this round. Not only will public schools not see deep cuts next year, but two constitutional amendments were also defeated that would have made school cuts by the Legislature much easier.

That doesn’t mean lawmakers lusting for cuts to Wyoming public school funding have given up.

A strange display of things to come took place just before the Senate passed HB-140 on Thursday afternoon. Sen. Dave Kinskey (R-Sheridan), who wants to defund schools even more than most of his Senate colleagues, proposed an amendment to the bill. This seemed odd, since it was widely agreed upon that Bebout and Harshman had struck a deal that involved the bill’s passage, as is.

It turned out that what Kinskey really wanted to do was “have a conversation” about “the reality” of Wyoming education funding. This involved a strange stage play in which he distributed a set of charts to the entire Senate, which some Senators had apparently seen before and others had not. Kinskey proceeded to argue that, according to the charts, education had not been cut in Wyoming at all—since the cost of education increases every year, the Legislature’s cuts to education have merely been decreases to an ever-increasing funding stream.

Kinskey did not bother to explain why, if the Legislature hasn’t cut education, at least eight Wyoming schools have closed in the past two years, nearly 600 public school jobs have been eliminated, and programs like driver’s ed and athletics have been canceled across the state.

Sen. Chris Rothfuss (D-Laramie) attempted to rebut Kinskey’s surprise set of graphs by challenging the assumptions behind the numbers, since equations as complex as a state’s school funding formula can be easily manipulated.

Sen. Jeff Wasserburger (R-Gillette) was less delicate. “I don’t think these numbers are factual,” he said.

Kinskey finally withdrew his amendment, but he had made his point: Wyoming school funding has not actually been cut one bit.

Regardless of its truthiness, it’s an argument we’ll likely hear again.

House amendments might scuttle a consensus vote on pipeline protest bill
Scroll to top
Share this ArticleLike this article? Email it to a friend!
Email sent!