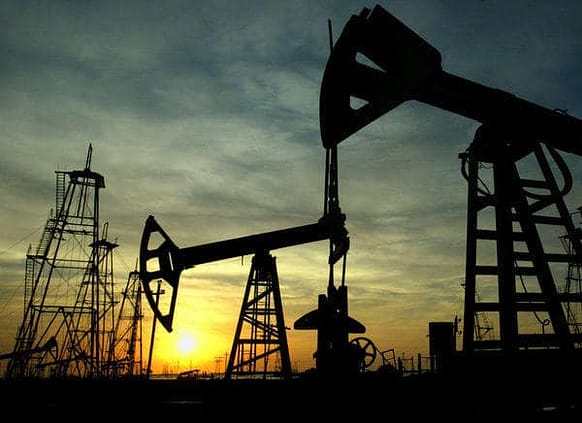 “(Wyoming is) a poor, friendly, hard-working state that exports everything, especially talent. The state leaks brain power like thin tea through a colander.”

I was shocked — yet gratified — to read such a blunt description of my home state in the first pages of Samuel Western’s Pushed Off the Mountain, Sold Down the River: Wyoming’s Search for Its Soul. I, too, was once a talented (if ornery) Wyoming high school student who saw no opportunity here and split after graduation. 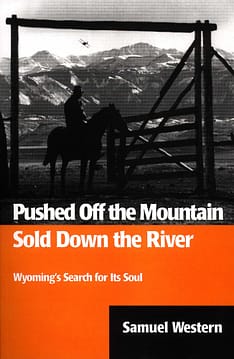 Thirteen years later, I’m back, and Western’s slim yet sweeping political-economic history has fleshed out my understanding of the state and why people like me so often leave. I recognized the outlines of the book’s characters — state leaders, drunk on the myth of Wyoming’s “rugged independence,” betting

that cattle, oil, gas and coal would bring us eternal abundance. Western filled in those outlines with anecdotes and observations: “Out of (Wyoming’s) 112 years of existence, probably only forty were not lean,” he wrote. “For example, in 1968, after the United States had enjoyed one of the longest economic expansions of the twentieth century, then-Governor Stanley K. Hathaway discovered that Wyoming had $80.00 in the state’s general fund. … How could one of the leading energy states in the nation be so poor?”

Pushed Off the Mountain had been out for more than a decade when I finally read it in 2014. In the interim, fracking brought Wyoming an energy boom. Not much had fundamentally changed — the state’s economy remained homogenous, young people continued to leave in droves, and lawmakers hadn’t a clue how to stop it. So I wondered what else had happened since Western’s book was published in 2002.

Now, a damning sequel of sorts provides some answers.

Jeffrey A. Lockwood’s Behind the Carbon Curtain: The Energy Industry, Political Censorship, and Free Speech tracks how mining companies colluded with politicians during Wyoming’s 2000s boom to suppress science, art and dissent. Lockwood, an entomologist and creative writing professor at the University of Wyoming, identifies entire constellations of these instances, showing how corporate power, political cowardliness and the “learned helplessness” of Wyoming’s citizenry have preserved the state as a lucrative playground for mining companies devoid of much opportunity for anyone else. He quotes a community leader from Carbon County, where the median income is lower than Mississippi’s despite its mineral wealth: “You graduate from high school over in Hanna, and then what are you going to do? If you want to earn a living, you’re going to have to go to work in the mines, and if you don’t want to do that, you’re screwed.”

Western rooted Pushed Off the Mountain’s narrative in Wyoming’s frontier history of failed homestead agriculture and imperial cattle barons. These factors, he wrote, helped develop a culture lacking entrepreneurial spirit. Settlers became accustomed to quasi serfdom. Since the farming was bad, they had no choice: Work for the big ranchers or leave the state. Today, Lockwood says, fossil-fuel CEOs have replaced cattle barons, and young people, lacking other jobs, are funneled either into the energy industry or out of Wyoming.

Lockwood draws his story largely from interviews with people who have learned firsthand how jealously these new barons guard their power. He quotes an art museum curator in Casper who received threats from a state legislator and Anadarko executives over an exhibition of photographs that depicted mining’s damage to the land: “(The curator) was deeply shaken by ‘how such an enormous, successful, powerful, wealthy industry remains so thin-skinned to even the smallest criticism or challenge, so petulant and angry when questioned.’ ”

Throughout the book, Lockwood reveals how energy corporations suppress information they find disagreeable, and not just in Wyoming. Indeed, scientists worldwide have lost funding and jobs, citizens have been harassed and silenced, and government agencies have been cowed into a submission much like that described in Carbon Curtain.

Less common, perhaps — at least in the “free world” — is the suppression of art. But the Casper museum canceled that photo exhibition when its oil-rich benefactors threatened to cut its funding. Worse, the curator was forced to sign an agreement stating that future exhibitions had to be approved by the board. Lockwood describes how this emboldened coal companies a couple years later to demand that the University of Wyoming remove an artwork that referenced global warming.

Today, the boom is dying — coal, oil and gas prices are all down — and Wyoming once again faces lean years. The state is losing population while lawmakers struggle to fund public schools and infrastructure. Many of the leaders Lockwood vilifies remain in power, but a new generation is working to figure out how to stop Wyoming from remaining a poor state that exports talent.

No how-to manual for this work exists. But Western and Lockwood’s books show us the currents against which we must swim.

This essay originally appeared in High Country News on March 19, 2018.

Session recap: How the death of “Wyoming Public Lands Day” illustrates mining’s...
Scroll to top
Share this ArticleLike this article? Email it to a friend!
Email sent!