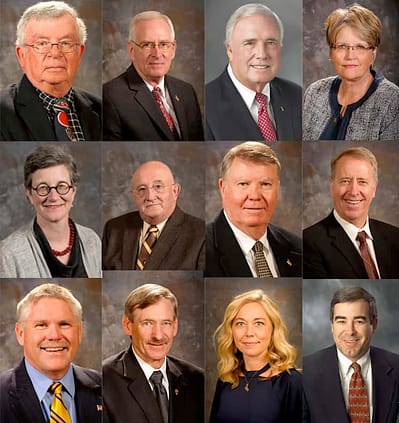 The UW Good Ol' Board of Trustees is taking over.

UPDATE (MAY 2): Better Wyoming has learned that this morning, one day after the publication of this article, the Board of Trustees removed the problematic proposed regulations from its May meeting agenda for further discussion. Instead, they will tentatively vote on the regulations during the Board’s meeting in July.

The University of Wyoming’s Board of Trustees plans to grant itself sole authority to eliminate academic departments, cancel courses, and fire tenured faculty members as it sees fit. The move would further consolidate the Board’s authority over the university in the midst of a financial crisis.

The Board plans to give itself these unprecedented powers during its meeting May 9 – 11. Leaders of the university’s Faculty Senate have asked the Trustees to postpone the vote to provide opportunity for further discussion.

The University of Wyoming faces an ongoing financial crisis as a result of the State Legislature’s decision in 2017 to cut $42 million from the university’s budget. The cuts have already led to department closures and the elimination of roughly 370 university jobs.

Should the Trustees’ proposals pass, University President Laurie Nichols would be effectively demoted to a figurehead—available to make speeches and pose for pictures, but possessing little real authority.

Meanwhile, the Trustees would be one step closer to realizing their apparent goal of transforming the Wyoming’s single university into a glorified techincal college with a Division I football team.

The University of Wyoming’s Board of Trustees consists of 12 governor-appointed members. Among this motley crew of wealthy, well-connected Good Ol’ Boys—you’ve got an oil tycoon, a governor’s daughter, bankers, lawyers, a real estate developer—few have higher education experience beyond obtaining a college degree.

Nevertheless, they’re attempting to wrench control away from university administration and shape the school as they see fit.

As a Board, the Trustees’ job is to create policies that guide administrators and faculty in the daily work of running the university. Instead, the Trustees’ upcoming vote will give them the ability to micromanage university operations.

If the past is any indication, they’ll manage poorly.

The Board of Trustees’ incompetent recklessness was on full display in its decision last summer to seize university research funding and consolidate it into an account that it controls. The move derailed current and future research projects at the university and threatens future funding opportunities.

Trustees must now come up with $15 million for the Science Initiative from the funds it took from other departments—funds other researchers had depended on, but will never see again.

University faculty and administration, including President Nichols, argued forcefully against the consolidation. Departments and faculty members often receive funding for specific research projects, and the sources of that funding expect their money to be used in the agreed-upon manner. The National Science Foundation, for instance, isn’t going to grant UW further funding for specific projects if it knows the money will just be lumped together into a pot to be divvied up by Trustees.

Faculty also worried that, once their funding was swept into the Trustees’ account, they’d simply never see it again. Those worries are already being vindicated.

Along with harming ongoing research and threatening future funding, the Board of Trustees’ decision to seize control of research funds also cost the university $15 million.

The Wyoming State Legislature agreed several years ago to provide $100 million for the University of Wyoming Science Initiative, a multi-year project to update campus laboratories and improve research.

But this year, when state lawmakers saw that the Trustees’ suddenly had a “reserve account” of nearly $140 million—the research funds swept up from all the departments—they reconsidered, and dropped the funding amount to $85 million.

That leaves the Trustees to come up with $15 million for the Science Initiative from the funds it took from other departments—funds that other researchers had depended on, but will never see again.

Each of the Trustees’ new proposals to grant themselves unprecedented power to eliminate programs, courses, and faculty hinges on the fact that the university faces a financial crisis.

For instance, current university regulations state that the Board can eliminate academic programs in the case of low enrollment or loss of accreditation. This typically takes place via a process that starts in the President’s office and involves review by various stakeholders.

But a new proposed regulation states that:

“The Board of Trustees may decide to reorganize, consolidate, reduce and/or discontinue an Academic Program for educational, strategic, realignment, resource allocation, budget constraints, or combinations of educational, strategic, and/or financial reasons. The Board of Trustees may take any of these actions individually or in combination with any of the other actions.”

In short, if the university is facing tough financial times—as it often does thanks to Wyoming’s boom-and-bust economy—the Board is giving itself the ability to cut whatever it feels like.

Similar proposals would grant the Board the ability to unilaterally eliminate individual courses or tenured faculty “in the event of insufficient institutional revenue or state imposed budget cuts,” effectively removing any check on their power or whims.

Trustees prefer to play President themselves

The Trustees’ decision to consolidate power among themselves reflects their struggles to secure stable administrative leadership for the university.

In 2013, the school experienced the trainwreck of Bob Sternberg, who the Board of Trustees hired as University President and who resigned just five controversial months later. The university then coasted for a couple years with an interim president—which was fine with the Trustees, who apparently prefer to play President themselves. 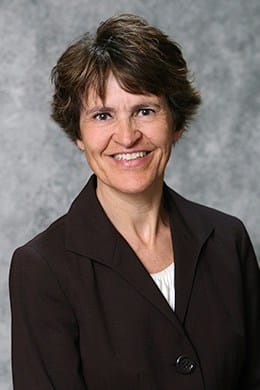 The Board’s current effort to seize power now threatens the leadership of President Laurie Nichols, who was hired in 2016. After she confronted the board over the research funding consolidation, the Board—unaccustomed to having anyone stand up to them—created a new administrative position, Chief of Staff, that assumed many of the president’s responsibilities. They filled the position with a former D.C. lobbyist widely viewed on campus as a “Yes Man” for the Trustees.

The proposed regulations to be voted on next week would further remove Nichols’ authority. In the corporate world, if a company’s board demoted its CEO in a similar manner, it would be customary for the CEO to resign.

Meanwhile, the Board of Trustees is refusing to publicly release the results of a recent survey of faculty and staff about Nichols’ performance. According to documents obtained by Better Wyoming, the Board’s secrecy stems from the fact that faculty’s criticisms were aimed far more often at the Board itself than at Nichols.

Conflicts of interest guide the Trustees

The Board of Trustees has a long history of lax attitudes toward conflicts of interest—in typical Good Ol’ Boy fashion, they’re not going to be bothered by the fact that they personally benefit from their public service positions.

It should shock no one to learn, for instance, that incoming Board President David True, co-owner of Casper-based oil conglomerate True Oil, refused to declare a conflict of interest over decisions regarding UW’s Enhanced Oil Recovery Institute, even though the EORI conducts research on behalf of the oil industry and has a mandate to benefit Wyoming producers.

If the Trustees succeed in securing the ability to unilaterally eliminate faculty and departments, it will be relationships like these, between True and the EORI, that will guide UW as it moves forward dealing with the Legislature’s budget cuts. Certainly, none of the Trustees’ pet projects, friends, or favorite departments will face the chopping block.

Between its crisis in leadership and its financial crisis—not to mention the awful morale on campus and the exodus of faculty from what’s widely viewed as a sinking ship—this is one of the most difficult periods of the University of Wyoming’s history.

Instead of relying on a competent administration to develop a strategic plan and cooperatively steer the institution through troubled waters, the Board of Trustees has decided it knows best, and it will just do the job itself.

Wyoming’s budget is the smallest it has been in 15 years. We still need new...
Scroll to top
Share this ArticleLike this article? Email it to a friend!
Email sent!