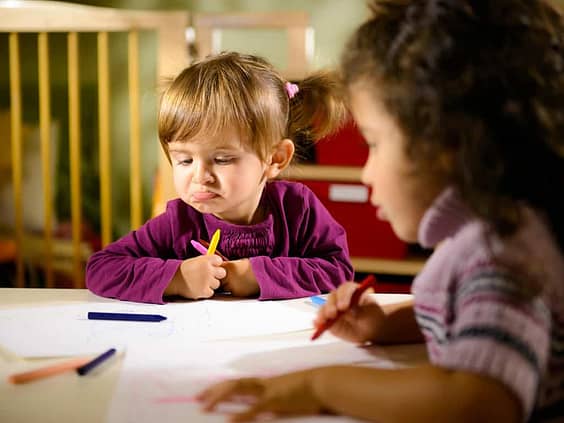 Wyoming students in kindergarten through third grade may soon receive less attention as a result of shady policy decisions.

An unelected state commission is using back-door tactics to change policies that would dramatically affect Wyoming K-12 students, their families, and public education.

The Wyoming State School Facility Commission invoked “emergency rules” in May to change policies governing the number of students Wyoming schools must fit into their classrooms.

By declaring an “emergency,” the commission was able to act outside of public scrutiny and without public input.

While no apparent “emergency” exists, the commission went forward to change its rules governing student-to-teacher ratio—increasing it from 16 students per teacher to 25 students per teacher—as well as how to determine when a growing school district needs a new building, and what counts as a “suitable” schoolhouse.

If the commission refuses to provide more classrooms, schools will be stuck cramming more children into each room, regardless of what the law says.

But even as the Legislature cut roughly $100 million from Wyoming public school funding over the past three years, class sizes have remained unchanged. During the last Legislative session, lawmakers killed a bill that would have increased class sizes.

Now, however, it appears that the School Facilities Commission is trying to accomplish what those lawmakers couldn’t. And members of the Wyoming education community suspect that the commissioners didn’t come up with this idea on their own.

It seems that politicians looking for more school funding cuts think they’ve found a sneaky way to accomplish their goal: by compelling the School Facilities Commission to do their dirty work.

The School Facilities Commission has one job: to make sure that Wyoming students have good buildings in which to learn.

It is not a policymaking body. Or, it’s not meant to be, anyway.

But the commission has been involved in the policy debate over class sizes since last October. That’s when it first indicated its intent to change its formula governing how many students should be in a class—which, in turn, determines when schools need more classroom space.

The Legislature, by law, should govern class sizes in Wyoming schools. And it has: The rule on the books says student-to-teacher ratios should be 16:1 in grades kindergarten through third.

But if the School Facilities Commission refuses to provide more classrooms because of its new calculations, schools will be stuck cramming more children into each room, regardless of what the law says.

At the same time, some growing school districts required more space for students, and a number of school buildings across Wyoming had fallen into disrepair.

But as Governor Matt Mead—who appoints the School Facilities Commission—crafted his 2019 – 20 budget to present to the Legislature, the commission announced that it would change its formula so that kindergarten through third grade classes in Wyoming could have up to 25 students, instead of 16.

Presto, change-o! The governor was able to axe tens of millions of dollars from his prospective budget in savings from paying fewer teachers, in addition to the savings accrued by foregoing new school construction.

The Wyoming Education Association (WEA) and others protested the move. During the 2018 session, the teachers union helped convince lawmakers not to increase class sizes.

But the School Facilities Commission is going forth with its own rule change, regardless of its responsibility and mission to provide adequate school buildings. In essence, it is looking to cut budgetary corners at the expense to students and education in the state.

A WEA memo addressed to the commission and provided to Better Wyoming spells out the complaint.

“It appears that [the School Facilities Commission’s] decision is not the result of any serious educational analysis of the effect of class size on students, but rather a technique to avoid addressing a large backlog of needed facilities by simply changing the rules,” the memo said. “In essence, the Commission moved the goal posts and declared victory, asserting that the backlog of unmet needs was now largely solved.”

There are only a handful of variables that have been proven to definitively affect student performance.

Class size is one of them.

The commission’s decision will force school districts to bus even more students out of their neighborhoods.

Small classes also have an outsized benefit for students coming from difficult backgrounds. Wyoming is currently the best state in the nation when it comes to closing the achievement gap between students who receive free or reduced lunch and their better-off peers. Increasing class sizes would jeopardize that excellent achievement.

As the Legislature’s cuts threaten to embroil the state in a costly lawsuit over the constitutionality of education in Wyoming, the School Facilities Commission’s decision is pushing us closer to that brink.

This is not the first time a School Facilities Commission decision has negatively impacted Wyoming schoolchildren for the sake of cutting education budgets.

Historically, if a Wyoming school became too small for a growing population, the commission would bump the school up on its list of facilities that need additional classroom space.

However, in 2016, the commission decided to change its approach. Instead of looking at individual schools, it started looking at entire districts—if one school was over capacity but another school within that district had space, the commission would not consider that school in need of increased space.

“There have been no informational meetings around the state and no hearings, resulting in very little understanding by the public of what these seemingly technical changes mean as a practical matter for their children.”

Instead, they told schools to bus students across town, a practice one WEA official referred to as “economically forced busing.”

Laramie County School District #1 Assistant Superintendent Dave Bartlett said busing students out of their neighborhoods decreases student performance. He said his district works hard to keep kids in their own neighborhood schools, because social factors can have outsized impacts on students’ learning.

“To force a kid to relocate and put him across town with a different set of peers makes it difficult for him to assimilate,” Bartlett said.

He noted that in a growing district in Cheyenne, more than 100 elementary students were already being sent elsewhere. The School Facilities Commission’s increasing class sizes will force even more students to be bused.

A chance to fight the “emergency rules”

The thing about “emergency rules” is that, by definition, they aren’t permanent. But they can turn into permanent rules.

The School Facilities Commission’s use of emergency rules allowed them to change class sizes under the radar, without public knowledge or input. But those changes will expire unless the commission submits to due process.

“In reality, these facility decisions can lock in harmful educational decisions for decades.”

For that reason, the commission will hold a public hearing on the rule change later this month in Cody—conveniently all the way across the state from Cheyenne, where the rule change will have the most impact.

Before that hearing, however, the commission will present its proposed changes to the Legislature’s committee on school facilities, which has the power to block their class size increase.

The School Facilities Commission appears to hope that it can slide this change through without much public notice, because the commissioners know parents, educators, and the public are against increasing class sizes.

It its memo to the commission, the WEA lambasted the group for its shady practices that could have dire effects: “There have been no informational meetings around the state and no hearings, resulting in very little understanding by the public of what these seemingly technical changes mean as a practical matter for their children,” it said. “In reality, these facility decisions can lock in harmful educational decisions for decades.”

Why won’t Wyoming reform its cannabis laws? Ask a cop lobbyist.
Scroll to top
Share this ArticleLike this article? Email it to a friend!
Email sent!