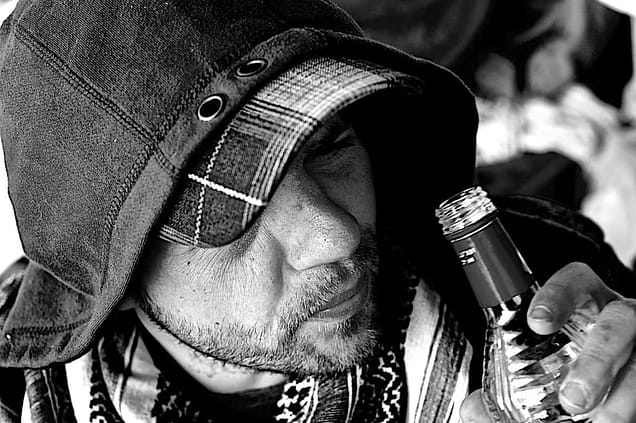 It makes sense that Casper and Cheyenne have the two busiest homeless shelters in Wyoming. After all, they are the two biggest cities in the state.

“Any town in the state that doesn’t have a rescue mission or services for the homeless puts them on a bus to Casper.”

But there’s another reason these shelters are bustling: Across the vast expanses of much of the rest Wyoming, there simply aren’t enough resources to help.

“Any town in the state that doesn’t have a rescue mission or services for the homeless puts them on a bus to Casper or gives them gas cards to get here, because they know they will receive help,” she said.

Nevertheless, Casper’s funding from the U.S. Department of Housing and Urban Development (HUD) does not take into account that the Oil City also serves many homeless folks from elsewhere.

“Casper is only funded for Casper. What I do have is an abundance of homeless people,” Summerall-Wright said. 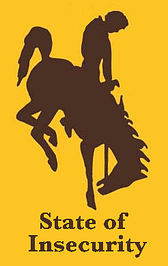 The absence of resources for homeless people in much of Wyoming is compounded by the statewide lack of other services: particularly those related to mental health and substance abuse.

This lack has been in the news lately because it also contributes to Wyoming’s overflowing prison population.

At a forum on criminal justice last June, a director from the Wyoming Attorney General’s Office said mental health and substance abuse services are even sparser in Wyoming than our rural population.

“Chemical addiction isn’t really the problem—it’s a symptom of a deeper problem.”

Nationwide, according to HUD, more than one-fifth of homeless people suffer from mental health problems, and upwards of forty percent abuse drugs and/or alcohol. The Wyoming State Hospital has found that 60 percent of its mental health patients have substance abuse problems, to boot.

Brad Hopkins, director of the Wyoming Rescue Mission in Casper, sees the connection between substance abuse and mental health clearly in the homeless people who come through his doors.

“Chemical addiction isn’t really the problem—it’s a symptom of a deeper problem,” Hopkins told Better Wyoming. “Folks stuck in that cycle of chemical addiction just have a deep, abiding emotional pain that leads to self-medicating.”

So, Wyoming’s few anti-homelessness programs have their work cut out for them. Fully addressing many homeless folks’ situations involves not just housing and a job, but mental health and substance abuse treatment, as well.

Brandon Maynard, Peak Wellness’ Cheyenne director, said his clients who come from Comea typically have some form of depression or anxiety. Others may be suffering from schizophrenia, extensive trauma, and cognitive issues.

“Substance abuse is huge,” Maynard said. “There are a good number who have personality disorders.”

These are often people, Maynard said, “who used to have a lot—a house, a good, job, a family—and through drug use they lost all of that.”

Despite the complex, interwoven nature of substance abuse, mental illness, and homelessness, Comea Shelter takes a hard-line stance against drugs and alcohol. If a homeless person can’t pass a Breathalyzer test, they don’t get past Comea’s front door—even if it’s freezing out, and even if booze if a person’s only available means of self-medicating.

Keeping people outdoors and telling them to “Just say ‘No’” doesn’t help a thing.

The problem with using sobriety as a condition for getting someone off the streets, of course, is that it leaves a lot of people on the streets. And there’s no evidence that “zero tolerance” policies like Comea’s do anything to deter substance abuse, particularly in cases that involve mental illness.

The Casper Rescue Mission has a somewhat less draconian approach—they at least let drunk people in out of the cold, into a room where they can sleep and use the toilet.

“There is nothing more isolating than poverty and homelessness,” Hopkins, the Casper Rescue Mission director, said. “No one aspires to be homeless. It’s a degrading situation to be in.”

Likewise, no one aspires to be drunk on the street in the cold. Keeping people outdoors and telling them to “Just say ‘No’” doesn’t help a thing.

The State of Wyoming has been unable to build effective public infrastructure to coordinate anti-homelessness efforts in large part because of the Legislature’s funding cuts to social services.

Similar cuts have damaged Wyoming’s mental health and substance abuse services, as well. These cuts, in turn, make it even harder to address homelessness.

Peak Wellness, which works with Comea Shelter and others in Cheyenne, saw $1 million in state funding cuts in 2016. As a result, the company closed the Chrysalis House, its facility in nearby Pine Bluffs. Chrysalis House was the only addiction treatment center for women in the southeastern part of the state.

That same year, the Legislature eliminated a total of $11 million in state grants to mental health and substance abuse centers as a result of a downturn in mineral revenues. Along with Peak Wellness, for instance, the Central Wyoming Counseling Center lost $700,000.

The next year, in 2017, the Legislature cut an additional $16.5 million from the Behavioral Health Division of the Wyoming Department of Health, which focuses largely on mental health and substance abuse.

These cuts all came after the Legislature in 2015 completely stopped funding the Wyoming chapter of the National Alliance on Mental Illness, forcing the organization’s state office to close.

Mental health and substance abuse are underlying problems for many of Wyoming’s ills, and homelessness in particular. Without foundational resources to address these issues, it’s easy to see how the loss of a job, a divorce, the death of a family member, or other similar occurrence could spiral into someone losing their home.

No wonder the director from the Wyoming Attorney General’s office described Wyoming’s mental health and substance abuse services as “frontier.”

It’s certainly not because we’re at the forefront of anything. Quite the opposite.

It’s because we leave people out in the wilderness.

Wyoming is the only state without a “food policy council” to fight hunger...
Scroll to top
Share this ArticleLike this article? Email it to a friend!
Email sent!