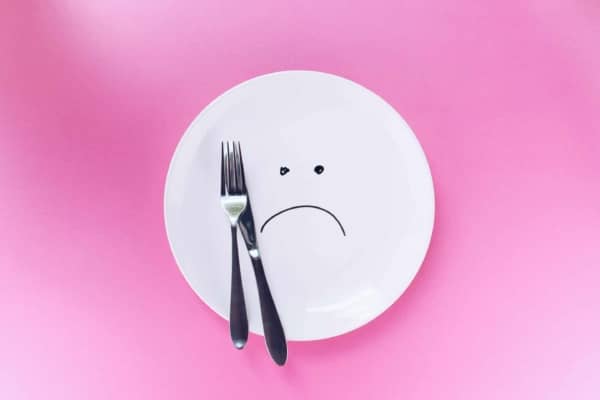 Roughly 13 percent of people in Wyoming don’t know where their next meal will come from. Many are kids and old folks.

Food pantries, charities, the federal SNAP “food stamps” program, and other efforts are all in place here to help folks keep hunger at bay. But unlike every other state in the nation, Wyoming has not developed a mechanism to coordinate these efforts, or even to take a macro-level view of our food insecurity problem to see what could be done better. 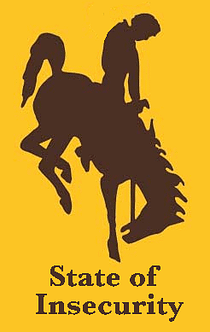 In fact, it would be a stretch to say there’s any “system” at all here to confront hunger. Without one, it’s hard to imagine how Wyoming will chip away at the number of its residents who struggle to find enough to eat.

“Food is a system”

Forty-nine states in America have a “food policy council” to coordinate anti-hunger efforts.

Wyoming, alone, does not.

These councils look different in different places—they vary according to each state’s needs. But they all have the common goal of ensuring their state’s residents have access to healthful food.

“The hunger relief system in Wyoming is terribly broken.”

“Food is a system, from everything that goes into production to everything that goes out the other end as waste or compost,” said Christine Porter, a University of Wyoming professor who specializes in food, community, and health. “But food is not generally thought of in a coherent, systematic way.”

That is precisely the work of a food policy council. They tend to deal with big-picture questions related to agriculture and food production, market and retail availability, distribution and efficiency, and the food economy. They are typically made up of people with different food-related backgrounds—from grocery store owners to farmers to soup kitchen directors—who can combine their knowledge and expertise and guide state lawmakers in food-related decisions.

And while a food policy council’s work tends to involve improving the overall “food system” in a state—work that benefits everyone—the councils are also, by default, involved in helping people who are having trouble getting enough to eat.

A council in the works

Thankfully, a coalition in Wyoming is currently working to develop a food policy council. Progress is slow, and folks involved like Purcell and Porter say it could take a couple years to fully come together.

“We already have organizations that would be leaders from communities struggling with not enough to eat.”

“Nobody’s tried, to my knowledge, to create a council here, so it’s not like there’s been efforts that have failed,” Porter said.

But the potential advantages are obvious. First, a food council would bring folks together from across the state to share knowledge and best practices, helping to eliminate guesswork and outdated ideas.

“We already have food justice and food equality organizations across the state—Wyoming Food for Thought in Casper, a coalition in Gillette, Growing Resilience on the Wind River Reservation, and Feeding Laramie Valley—that would be primary leaders from communities struggling with not enough to eat,” Porter said.

Representatives from these and other groups met at a summit last summer to discuss the creation of a food policy council. Porter helped organize the summit. She said the ideal council would include livestock and produce growers, representatives from hunting and fishing groups, food distribution experts, people who run grocery stores and farmers markets, and a potentially a whole cast of other characters.

But Porter said Wyoming’s council also has the opportunity to learn from other state’s mistakes.

“The voice that is often missing, that is not as strong—but in some ways needs to be the strongest—are eaters and people who are not getting enough food to eat,” she said.

Both Porter and Purcell said Wyoming’s rural character is a big obstacle for anti-hunger efforts—one that a food council could help overcome.

“One of our issues is not having any supermarkets in rural areas,” Porter explained. “In some communities, even if you have plenty of money you can’t buy food because there’s no store.”

“One of our issues is not having any supermarkets in rural areas.”

But Porter said a food policy council could help turn this problem into a—sort of—advantage. For instance, federal and foundation grants are available nationwide to find solutions for rural hunger. Few organizations in Wyoming are even aware of how many potential resources like these that exist, and even fewer have the capacity to try to capture them.

A food policy council, on the other hand, would be perfectly suited to apply for national grants, bring these resources to Wyoming, and put them to work.

“We could try new and innovative things,” Porter said. “There are a lot of issues in food insecurity and the supply chain that need to be explored in rural places that we’re particularly well placed to do. Grants would definitely bring in more resources.”

Purcell, the Food for Thought director, said any food policy council that exists in Wyoming should focus on strengthening local solutions—even if they’re funded by outside dollars or coordinated with statewide efforts.

“There’s not a lack of food. There’s a lack of mechanisms for distributing the food.”

“Usually national or statewide organizations think they know best,” Purcell said. “You have macro-solutions that don’t necessarily end up working on a community level as well as they could.”

Purcell founded Food for Thought in 2012 after the Natrona County School District cancelled a program that provided backpacks filled with food for needy children.

“There’s not a lack of food. There’s a lack of mechanisms for distributing the food,” she said.

Food for Thought distributes about 700 boxes of food to families and individuals each week, gives food bags to local students, operates a mobile food truck and a seed bank, and is building a commercial kitchen to provide space for food producers to prepare and package their products.

The organization’s goal is not simply to give people meals, but also to help grow businesses and build community in ways that fight hunger in the long run.

“Our hope is to get it to the next level where we’re strengthening our local economy, we’re doing job training, and we’re giving micro-entrepreneurs opportunities to step up,” Purcell said.

The solution to Wyoming’s food insecurity problem won’t come from charity and soup kitchens alone. As Food for Thought’s multifaceted approach suggests, it will require work from many angles, and the degree of complexity will grow with each localized effort.

All of this will require leadership, coordination, and resources that simply do not exist in Wyoming today. The creation of a food policy council can’t come soon enough.

Wyoming’s food stamp problem — STATE OF INSECURITY
Scroll to top
Share this ArticleLike this article? Email it to a friend!
Email sent!