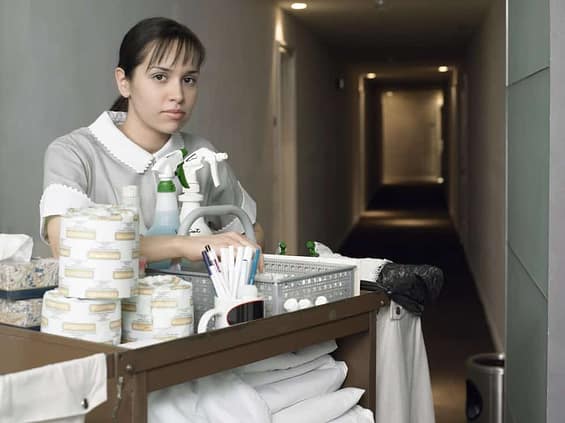 Tens of thousands of Wyoming workers would benefit from an increased minimum wage. So would the state's economy.

The Wyoming Department of Workforce Services found that, in 2013, nearly 30,000 Wyoming workers in 117 occupations made less than $9.25 an hour.

As we begin 2019, the number of low-wage workers here is potentially higher—six years ago, the state’s economy was strong and mining jobs kept wages high. But the DWS study hasn’t been updated. 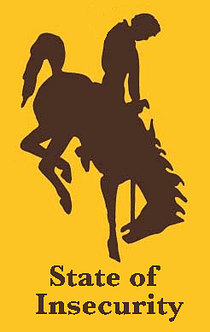 Regardless, if Wyoming were to raise its minimum wage to $10, what would happen?

According to Nick Colsch, director of the Wyoming Center for Business and Economic Analysis in Cheyenne, it would be a “huge boom to the economy.” This is besides the fact that it would decrease the need for welfare and significantly improve tens of thousands of Wyoming residents’ lives.

Putting more cash into workers’ pockets results in the money recirculating in local economies. Compare this, for instance, with the negligible benefits of giving tax breaks to rich people, who sock the extra money away.

“With extremely low-income people, they’re going to spend all of [their extra earnings] or close to all of it,” Colsch said. “A wealthy person will put it in a CD.

“If you give a college student 20 bucks, that 20 bucks is gone within 20 minutes,” he added. “They’re going to go out and buy food, beer, some new clothes if they can.”

Higher wages also mean that people have extra cash to shop at slightly more expensive mom-and-pop businesses and to buy local products, rather than shopping at Walmart for Chinese-made goods.

Earning below the minimum

Wyoming’s minimum wage is the lowest in the nation, alongside Georgia, at $5.15 per hour. The federal minimum wage is $7.25 an hour, and that’s the minimum people can make at most Wyoming jobs.

But not all of them. There are exceptions in which not all Wyoming workers must even be paid the $5.15 hourly minimum. Among those exempted from the state minimum wage are agricultural and domestic workers.

If you are 20 or under, Equality State employers can pay you a “training” wage of $4.25 an hour for your first 90 consecutive days of work.

And Wyoming’s hourly “tipped” minimum wage, earned by restaurant servers, is a whopping $2.13. Employers are supposed to chip in more if a server’s total wages, including tips, amount to less than $7.25.

According to the 2015 DWS study, the jobs in Wyoming with the highest number of low-wage workers are what you’d expect: they include waiters and waitresses, fast-food workers, grocery store stock clerks, and motel/hotel/resort desk clerks.

Many people who work in the leisure and hospitality industry make at or slightly above the minimum wage, depending on their experience. The Wyoming DWS reports that in 2017 for all workers in the sector, women made an average of $12,979 per year, while men earned $16,507.

According to the National Women’s Law Center, about three-quarters of Wyoming’s minimum wage workers are women. Unsurprisingly, the center concludes that the minimum wage “falls far short of what it takes to live above the poverty line.”

Meanwhile, Wyoming continues to struggle to attract and retain young people, including many who would take entry-level positions. These positions pay rates that are affected by the baseline a minimum wage should establish. The lower the minimum wage, the fewer young people you can hope will stick around.

All legislative attempts to establish at least $9 an hour as the Wyoming minimum wage have failed. That figure would still be below a “living wage” in Wyoming—in other words, the actual amount of money it takes to pay for the basics.

The Massachusetts Institute of Technology’s Living Wage Calculator estimates a living wage for an individual in Wyoming is $10.63 per hour. That’s roughly $22,000 annually for a full-time worker.

But for a single parent in Wyoming, MIT’s estimated living wage jumps to a whopping $23.63 an hour. That’s $49,150 for a single full-time worker supporting a child.

A full-time worker currently earning minimum wage in Wyoming makes about $15,000 a year—less than one-third of a “living wage” and hardly enough to raise a kid.

“As far as being able to afford a two-bedroom apartment in Wyoming and not take up more than 30 percent of your income, you’d need that minimum wage over $14,” Colsch said. “The general cost of [raising] a kid is about $20,000 a year, so $23 an hour would be about right.”

Voters in two states this year took matters into their own hands and affirmed significant minimum wage increases. In both Arkansas and Missouri, right-wing lawmakers control the legislature and have refused to raise the minimum wage. Many spoke out against the ballot initiatives, claiming they would harm their states’ economies.

But Hutchinson’s claim is nonsense, and empirical data and analysis prove it.

Seven decades of data studied by the National Employment Law Project found no correlation between minimum wage increases and loss of employment, despite claims from corporations and politicians that hikes would result in vanishing jobs and shuttered businesses.

Here’s the truth: after nearly 70 percent of the 22 U.S. minimum wage increases between 1938 and 2009, employment increased. In the hospitality and leisure industries, whose lobbyists are typically among the loudest to proclaim how much their businesses would be hurt, the number of jobs actually increased after 82 percent of the minimum wage hikes.

More recently, minimum wage opponents cheered when a study showed that Seattle’s minimum wage increase to $15 an hour hurt the city’s economy. But the cheers silenced shortly after, when the study’s authors admitted their analysis was fundamentally flawed.

It turns out that Seattle’s economy is doing just fine.

“The real question is whether the executives or people writing the checks want to part with that money.”

He pointed to the fact that as Walmart has increased its wages in recent years, the corresponding price increases have been “pretty marginal,” even before the recent federal corporate tax break passed by Congress.

That’s mainly because much of the corporation’s costs are in distribution.

“That’s how they really make their money, by having a very efficient trucking and shipping mechanism,” Colsch said. “As far as the workers you actually see in the store, they’re not making up much of Walmart’s costs.

“Larger corporations with the lower income tax rate are going to have a lot of leftover money,” he said. “The real question is whether the executives or people writing the checks want to part with that money.”

Of course the executives don’t want to part with their money. They’d rather have taxpayers step in and take care of their workers via food stamps, welfare, and other public services—even as the heirs to the Walmart fortune live relatively tax-free in Jackson

A 2018 Luntz/Global poll commissioned by the national restaurant industry produced results that it did not want the public to see. Leaked to The Intercept, the poll found that seven in 10 Americans want the minimum wage increased to at least $10 per hour, even if it means they would pay more for meals.

Colsch said an increase from the federal minimum wage of $7.25 an hour to $9.50 in Wyoming is completely doable, and could be phased in at about 50 cents an hour over four years.

“You might not see that dramatic an increase per year, but it would allow business owners to adapt,” he said. “They can change their wages to well above the $9.50 and start encouraging people to come work for them as opposed to other companies.”

A brief history of the Wyoming Legislature’s not raising the minimum wage...
Scroll to top
Share this ArticleLike this article? Email it to a friend!
Email sent!