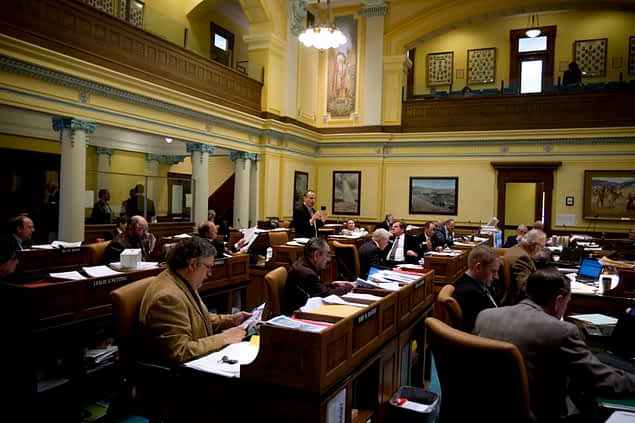 Supporting a minimum wage increase is lonesome work at the Wyoming State Legislature.

Most Wyoming lawmakers are retired and/or rich. They don’t really care whether the clerk at Kum & Go can’t afford rent despite working full-time (they prefer to pay at the pump, anyway). 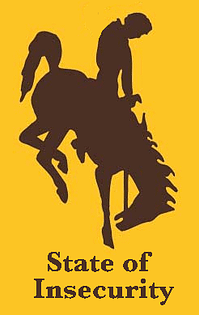 But at each session, at least a handful of legislators push to increase Wyoming’s lowest-in-the-nation minimum wage. In recent years, these have included a waitress, an economist, and a small business owner—lawmakers who have personal “skin in the game” and expertise when it comes to minimum wage.

Unfortunately, not a single bill to raise Wyoming’s minimum wage has lately stood a chance of winning approval from the blue-blooded ranchers, oilmen, and retirees who run the capitol.

While neighboring Western states and the federal government have tended to gradually raise their minimum wages every few years, Wyoming—characteristically—prefers to hold on as long as possible to the old-time rates until being drug, kicking and screaming, into modernity.

The lone GOP supporter: An economist

In 2014, when former Rep. James Byrd (D-Cheyenne) sponsored a bill to raise the minimum to $9 an hour, the House gave the issue a whole 10 minutes on the floor before unceremoniously dumping it into the session’s dustbin. It failed introduction 51-9.

Byrd said his bill would have enabled minimum-wage workers “to purchase an extra bag of groceries, a tank of gas, an extra pair of shoes for their kids. This money gets turned over two or three times in the community.”

Former Rep. Mike Madden (R-Buffalo) was the lone GOP lawmaker who supported the proposal. Madden is an economist who understands the reality of minimum wage increases, rather than the hysterical doom-bringing hype that many of his colleagues believed.

“I thought it was important for the public to have a forum in a legislative committee to hear people’s respective views,” Madden said after the vote.

But that type of discourse is generally unwelcome at the Wyoming legislature when it comes to doing something—anything—on behalf of poor people.

Barker is a college graduate with a career in social work. But she had “burned out” at that stressful profession and was working as a restaurant server in Cheyenne.

As a waitress, she got to learn what life is like making Wyoming’s “tipped” minimum wage, which is $2.13 and hour.

The idea behind a “tipped” minimum wage is that a server’s tips will bring their total wages up to the federal minimum.

But if a server has a slow night, and what she brings home is less than what she would make at $7.25 an hour, her employer is supposed to cover the rest—though there’s no oversight to make sure this happens.

“I don’t know any restaurant owner who does that,” Barker said, of the “tip credit” rule. Her own manager was quick to remind servers that there were plenty of people who could replace them, so no one filed a complaint if they got shortchanged

Barker said she doubted her employer would ever raise wages without being forced to. Nevertheless, Byrd’s 2015 minimum wage bill never made it out of committee.

Minimum wage opponents like to claim that forcing higher wages will hurt small businesses. This claim struck Rep. Byrd a bit funny while he discussed his 2017 bill to raise the minimum wage to $9.50.

Byrd is a small business owner himself and past president of the Southeast Wyoming Economic Development District.

If a business owner cannot pay their employees a living wage, he told the House Labor Committee, “I would submit that you are not a very good businessperson and you are on your way out of business.”

Cheekiness aside, Byrd noted that he had raised wages at his own small computer shop not long before. The wage hike amounted to one percent of his net profit, he estimated, but he saw higher worker morale and better productivity. He also predicted that the raise would decrease turnover, lowering his training costs.

Byrd’s bill got a bit further than usual that year. It actually passed through committee—but not before the committee amended it so that it would have only raised Wyoming’s minimum wage to the federal rate of $7.25.

It didn’t matter—the bill mustered only 20 of 60 votes when it got to the House.

Women’s champion picks up the mantle

Byrd tried once more before leaving the legislature last year to run for Secretary of State. No one was surprised when his minimum wage bill was not even considered for introduction during the shortened 2018 budget session.

This year, Rep. Cathy Connolly (D-Laramie) said she plans to introduce a bill to raise Wyoming’s minimum wage to $8.50 and hour. Connolly is a University of Wyoming professor and the legislature’s biggest champion of closing Wyoming’s gender wage gap, which is among the worst in the nation.

Since roughly three-quarters of Wyoming’s workers earning minimum wage are women, raising that wage would increase wage equality between men and women in the Equality State.

Better Wyoming launches advocacy campaigns for the 2019 State Legislative s...
Scroll to top
Share this ArticleLike this article? Email it to a friend!
Email sent!