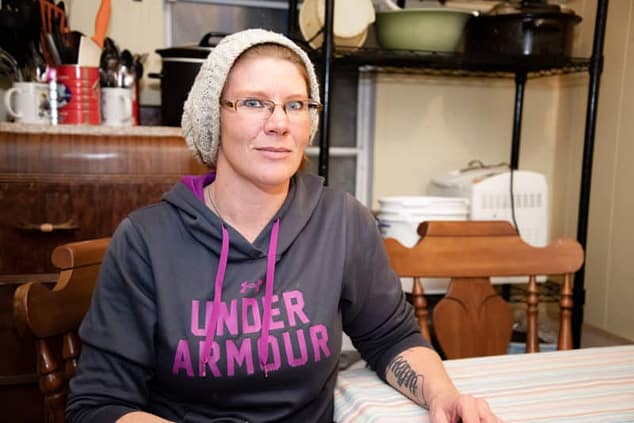 Amanda Barnes’ father made $9 an hour in 1982, which was good money back then. It was enough for her parents to buy a house that year, a few months before she was born.

Thirty-six years later, Barnes makes $9.25 for every hour she works cleaning rooms at a Laramie hotel. She’s on her feet all day, tired and sore at the end of her shift with little to show for it. 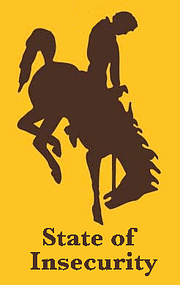 It is not enough to buy a house. Instead, Barnes bought a “fixer-upper” mobile home. But she can’t afford to fix it up. Her lot rent at the trailer park is low, but Barnes has still found herself behind when other costs have jumped up and taken bites out of her earnings. She’s fallen up to three months late on rent and was nearly evicted.

Welcome to the life of a low-wage earner in Wyoming. She does a job few other people want or would even accept—but a job that the countless tourists coming through Wyoming each year demand.

Raising two daughters, ages 9 and 11, is far from easy when living paycheck-to-paycheck. Barnes is one unexpected expense from homelessness.

“People look down at us, like we’re low class,” Barnes said. “But without us, who’s going to clean their rooms and serve their food?”

Barnes is one of the roughly 30,000 workers in Wyoming whose lives would improve with a minimum wage increase.

She’s the person minimum wage critics are talking about when they sneer and ask, “Why don’t those people just get more skills and provide more value to their employer?”

Barnes said she gets plenty of advice, but it’s typically far from helpful. She said it’s usually along the lines of “work harder” or “budget better.”

Work harder? She challenges anyone who says that to do what she does for a week, knowing that most wouldn’t last more than a day or two.

And budget better? Try doing that making about $15,000 a year and raising two kids, with no health insurance or work benefits.

Barnes genuinely considers herself lucky that the hotel where she works at recently gave her a quarter-per-hour raise. “It may not be much, but it will add up,” she said.

Life wasn’t always so difficult. Barnes was born and raised in Colorado, where she had a middle-class upbringing. After she got married and started a family of her own, the future looked bright.

“He fell off the wagon and completely screwed us up.”

“My husband was bringing home $700 to $800 a week, and I didn’t have to work,” Barnes said. “I did some waitressing part-time just to have some extra money.”

But she said things fell apart when her husband, who struggled with substance abuse, “fell off the wagon and completely screwed us up.”

Suddenly, Barnes was on her own with two kids to feed.

After the divorce, Barnes entered the job market working as a cook/cleaner at a nursing home. She made $8.25 an hour, which at that time was Colorado’s minimum wage.

“I loved that job and helping people,” she recalls. But she couldn’t afford childcare expenses.

She wasn’t a math whiz, but she chose accounting because it required an attention to detail, which she possesses. In addition to her classes, Barnes also needed to work, and her first job in Wyoming was at Goodwill. She was a cashier, stocked shelves, and cleaned the store for $8 an hour.

She couldn’t believe she was making less than at the nursing home.

“We only survived because of TANF [Temporary Assistance to Needy Families],” she said, referring to the federal cash welfare program.

Work and school and raising a family

Between college and the job, Barnes was only able to spend about an hour per day with her girls. That was far too little.

Her grades suffered, too, as she spread herself thin. She was put on academic probation during her second year. As a result, her student loan payments started coming due. Barnes was shocked when she opened the letter: she had borrowed $7,000, which rose to $10,000 with interest.

She hasn’t been able to go back to school.

Barnes began working as a motel housekeeper. At first, she was happy because on weekends she was able to bring her daughters to work. But that policy ended and she started working more on weekdays while the kids were in school.

During the busy summer season Barnes said she is able to work full-time. But her most recent check for two weeks in December was for just 32 hours.

Barnes is working on getting her children covered by Medicaid in Wyoming. She did not make enough in Colorado to secure stable housing, so she moved her family around a lot to stay with other people. In the process of those moves, her kids’ birth certificates were lost, and she’s getting them replaced. That requires time, money, and trips to Cheyenne.

But Barnes herself falls into Wyoming’s infamous “Medicaid gap.” So even with her ID, she’s out of luck. Because Wyoming has refused to expand Medicaid, she can’t get on the free health insurance program, nor can she obtain a government subsidy through the Affordable Care Act.

“Work offers a preventative health plan, but it costs $40 a month,” Barnes said. She turned down the plan because she needs that money for other expenses.

Barnes gets upset when she hears people stereotype food stamp recipients as lazy people who spend taxpayers’ money on luxuries. She enrolled in the Supplemental Nutrition Assistance Program because it was the only way she can feed her family.

There are no frills in Barnes’ life. She cuts her own hair and does her own nails. “I haven’t had a professional haircut in 12 years,” she said.

The pair of expensive-looking Nikes she is wearing, Barnes explained, may cost more than $200. But they were free to her. The hotel where she works gives employees first dibs at any items left in the lost-and-found box for more than three months, and she managed to snag them. They fit pretty well.

“I go through a ton of shoes at work, usually from Goodwill or a $7 pair on sale at Walmart that last about three months if I’m lucky,” she said.

Barnes at home with her boyfriend and her daughters (photo: wyomingrenegadeimages.com)

Barnes doesn’t believe she will ever have enough money to retire, so she dreams of the day she will “go off the grid” and homestead. She wants to buy a plot of land and move her trailer there, without the need to pay lot rent or face the threat of eviction ever again.

She imagines that she could grow her own food, hunt, and perhaps raise her own livestock to sell to the Laramie co-op grocery store.

Barnes would be in “survivalist” mode, she said with a laugh.

Then again, she already is.

Here come the abortion bills
Scroll to top
Share this ArticleLike this article? Email it to a friend!
Email sent!