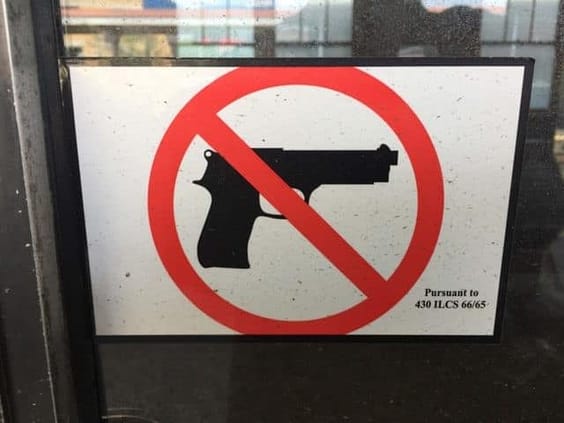 A bill that would have wiped out gun-free zones at all Wyoming schools, colleges, and public meetings died a lonesome death on Wednesday.

Perhaps that’s because no one but its gun fanatic sponsors thought it was a good idea.

Not a single member of the public showed up to testify on the bill’s behalf.

Meanwhile, more than a dozen people spoke against the proposal, which the Senate Judiciary Committee voted down, 3 – 2.

The limits of concealed carry

“I’ve seen people at Wal-Mart with more ammunition on their belts than I carried in Vietnam,” said Ted Dunn, a retired Marine. He adamantly made the point that simply having a concealed carry permit doesn’t make anyone an expert in gun safety.

“I still do not know how to shoot a gun.”

“What happens if they are fumbling with a weapon and another person considers them a threat?” Dunn asked.

The sponsor of Senate File 75, Sen. Anthony Bouchard (R-Cheyenne), argued that if people go through the process to obtain a concealed carry permit, it pretty much automatically makes them “a good guy with a gun” who will keep others safe.

But Janine Bay Teske, a Teton County School Board member, explained that she took the 12-hour course required to get a concealed carry permit—which was basically a hunter’s safety program with a background check.

At the end of it, Teske said, “I still do not know how to shoot a gun.” 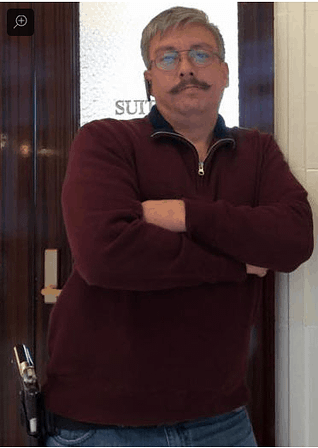 Sen. Anthony Bouchard strikes a pose with his sidearm

In years past, high-profile gun bills have attracted standing-room-only crowds who are roughly divided for and against the proposals.

But on Wednesday morning, Bouchard and three of the bill’s co-sponsors— who gave him a collective “atta boy” in brief comments—were SF-75’s only friends.

Prior to becoming a state lawmaker, Bouchard was the president of Wyoming Gun Owners, “Wyoming’s ONLY no-excuses gun organization.” In that capacity, Bouchard routinely went after state legislators who he deemed “anti-gun.” After he was elected, he harassed a group of University of Wyoming students who had put together a presentation about gun control and threatened to cut their program’s funding.

Bouchard’s gun activities have allegedly connected him to the wider gun fanatic community in the United States. But he said the national gun experts he had lined up to testify on Wednesday couldn’t attend because of bad weather.

Many opponents of SF-75 pointed out that the bill would strip local control from school boards, city councils, and other duly elected bodies to make decisions about guns.

Had the bill passed, the University of Wyoming could no longer keep guns off its campus, for instance, and the Casper City Council couldn’t keep them out of its meetings.

Bouchard claimed that the bill had nothing to do with “local control,” though he was at a bit of a loss about how to defend this point.

“The government closest to the people governs best,” he said, “and in our case that is our board of trustees.”

Many arguments against SF-75 related to carrying guns in schools—which, of course, are about the only places in Wyoming where guns aren’t widely welcomed.

“If we believe this is the way we make our campuses and schools more safe, we are sorely misguided,” Schaffer, the LCCC president, said. “There are far more effective ways to increase safety in our schools and colleges.”

“We all want to make our schools safe environments for learning, but SF-75 will not bring us closer to that goal.”

Devon Peterson, of Cheyenne, said allowing guns in her niece’s school would create an element of fear that would distract her from learning.

Tammy Johnson of the Wyoming Education Association said, “There is a chilling effect in academic engagement that occurs” when firearms are present.

“I will not face down a student who might have a gun,” said Dr. John Sanford, a retired community college instructor. He said he and several colleagues “seriously considered walking out the door” when similar legislation was offered in past sessions.

Beth Howard, of Cheyenne, pointed out that schools’ insurance rates could skyrocket if SF-75 passed, noting that the Idaho Legislature was asked to appropriate $3.7 million for a similar bill in the Potato State.

Barb Cook, a retired teacher, said access to a firearm triples the risk of suicide and doubles the risk of death by homicide. Cook said guns in a school environment pose risks for teachers and administrators who can be confronted by angry parents, grandparents and others.

“Injecting hidden, loaded firearms is reckless and could have terrible consequences,” she said. “We all want to make our schools safe environments for learning, but SF-75 will not bring us closer to that goal.”

“This ain’t the last you’ve seen of me!”

One co-sponsor who testified about SF-75 was Rep. Art Washut (R-Casper), a former police officer. “I believe many of these gun-free zones that have been established are artificial, at best, and there’s nothing to keep a person with ill intent from bringing a firearm into those environments, other than a sticker on the door,” he said.

In Washut and Bouchard’s minds, danger lurks everywhere, and only a “good guy with a gun” and a concealed carry permit can stop them.

Unfortunately, despite the death of SF-75, further danger lurks at the capitol: a mirror bill that would also ban gun-free zones, House Bill 183, has been introduced in the Legislature’s other chamber, sponsored by Tim Salazar (R-Dubois).

But if that bill ends up in Senate Judiciary, it might meet the same fate as SF-75. It’s also possible that the Speaker of the House, Steve Harshman (R-Casper), might just “forget” to assign it to a House committee.

Harshman is, after all, a teacher.

Bill to ban “crossover voting” is brought back to life, demonstrating the...
Scroll to top
Share this ArticleLike this article? Email it to a friend!
Email sent!