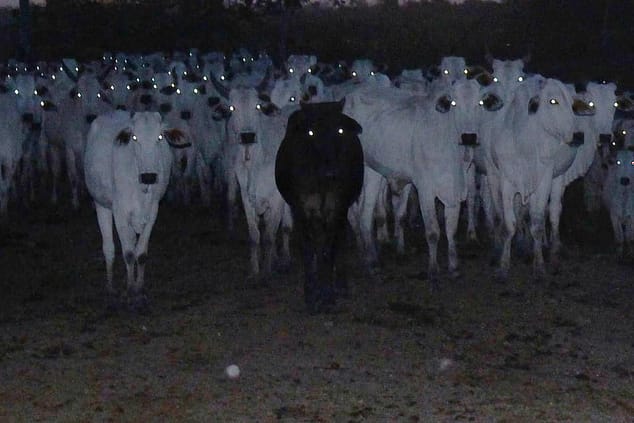 Bills to ban "crossover voting" keep advancing, like a stampede of zombie cows.

Sometimes when a rancher tries to put down a cow, he shoots it, but the darned thing won’t die. Once in a while, the animal even gets up and starts walking around again, strong as ever.

Maybe that’s why bigwig Wyoming state legislators decided to send a bill that’s already been shot down twice this year to the Senate Agriculture Committee for its third try.

The bill, which would ban voters from switching political parties at the polls, has nothing to do with agriculture. But it is the number one priority of the state Republican Party. Billionaire megadonor Foster Friess is pushing it hard, too.

The real reason Senate President Drew Perkins (R-Casper) sent Senate File 160, “Change in party affiliation – 2,” to Senate Ag is that the committee is a rubber stamp. It knows how to follow marching orders. It’s the same reason why, two years ago, then-Senate President Eli Bebout (R-Riverton) sent two anti-abortion bills to the committee that typically deals with cows. He wanted them passed.

In this case, SF-160 isn’t just any cow: It’s a sacred cow. And despite dying two deaths already this year, it’s up and walking around again.

The original Senate bill to ban “crossover voting” was Senate File 32, sponsored by Sen. Bo Biteman (R-Ranchester). It would have prohibited voters from switching parties after May 1, before the candidate filing deadline, so people wouldn’t even know who was running for office before having to declare their party loyalty.

It was assigned to the Senate Corporations, Elections, and Political Subdivisions Committee, where it died 2-3. That should have been the sum of its short, obnoxious life.

But the committee chairman, Sen. Bill Landen (R-Casper), who cast a dramatic and decisive “no” vote the first time around, suddenly changed his mind. He decided to bring the bill back so it could be debated on the Senate floor.

Sen. Tara Nethercott (R-Cheyenne), however, showed an independent streak. She switched her “yes” vote to “no,” keeping the bill from leaving the committee and killing it for a second time. 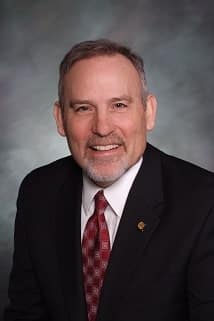 But in true cow-zombie fashion, SF-32 came back to life again, this time in the form of SF-160, also sponsored by Biteman. This bill is essentially the same, but it would place the deadline for switching party affiliation in mid-June, about two months before the primary in mid-August.

Perkins, the Senate President, knew that sending SF-160 back to the proper committee that oversees election-related bills would be like sending it to the slaughterhouse. So he assigned it down the hall to the Good Ol’ Boys on the Senate Agriculture Committee.

Late on Tuesday night, after most good farmers had gone to bed, a roomful of GOP state officials and honchos mooed and brayed and clucked and squealed until the committee gave them their way.

Tuesday was an overall good day to be a billionaire megadonor who wants to restrict voting in Wyoming.

Roughly 12 hours before Senate Ag’s unanimous vote, the House Corporations Committee voted 7 – 2 in favor of House Bill 106, which is yet another bill that would ban voters from switching party affiliation at the polls.

It’s mostly the same as SF-160, but it would set the deadline to switch parties two weeks before the primary.

HB-106 is essentially an insurance plan, in case the cow-zombie SF-160 keels over for good.

A vote for GOP purity

“You should perk up if you’re a Republican, this is an issue with us in the county here, a lot of us supported bringing this up,” said M. Lee Hasenauer, a former Laramie County Commissioner and Tea Party organizer.

“You should perk up if you’re a Republican.”

“Primaries are for the parties, the general election is for the public,” Hasenauer said.

Hasenauer didn’t mention that primary elections are funded by public money, giving the general public a perfectly reasonable claim to participate in whichever one they want.

“This is about gaming the system, and we’re trying to fix that. … I’d like to see a 5 – 0 vote come out of this committee,” said Darin Smith, chairman of the Laramie County GOP executive committee.

Smith stressed that all six GOP candidates from the 2018 gubernatorial election support a limit on switching parties. He said Gov. Mark Gordon told the party he’d sign the bill into law if it passes.

Hasenauer complained that Wyoming’s current primary system prevented far-right goons like him and Friess from getting elected.

“You send out flyers countywide to get the nomination, and you’re an ultra-conservative. You’re asking that candidate to now pass out flyers to the Democratic Party so he can win?” he asked.

Other people told the two committees that they should leave the primary system alone and not change it just because some wealthy sore loser was having a temper tantrum.

“Wyoming already has it right.”

“We hear that voting for the person instead of the party is, in fact, the problem. It’s not,” said Marguerite Herman of the Wyoming League of Women Voters. “[We’re told] if it’s not the election results sought by certain leaders, it’s mischief, it’s subversive, it’s nullifying, and in the words of some people, it’s fraudulent.”

“Wyoming already has it right,” said Chris Merrill, executive director of the Equality State Policy Center. “This bill seeks to lock us into an affiliation far ahead of the election, before most regular folks are even thinking about elections and before we even know who the candidates will be.

“It’s none of the government’s business why a person chooses a political party, especially when our elections are publicly funded,” he added.

A wimpy show of defiance

At the end of the testimony before the Senate Agriculture Committee, Sen. Glenn Moniz (R-Laramie) was visibly upset.

Sen. Moniz doesn’t bow to intimidation … except when he does.

“I was elected by my constituents in Albany County to represent them,” he announced. “I know how I’m going to vote on this bill, but I’ve had somewhat of a struggle with it. I do not succumb to intimidation or threats by anybody. In fact, sometime it changes my mind on issues.

“I will listen to honest feedback on both sides of the issue and I will vote based on what I think my constituents expect me to do.”

And then Moniz folded his tough stance, succumbed to intimidation, and voted for the bill, exactly like his party bosses told him to.

A bill to repeal the death penalty is alive in the Wyoming State House
Scroll to top
Share this ArticleLike this article? Email it to a friend!
Email sent!