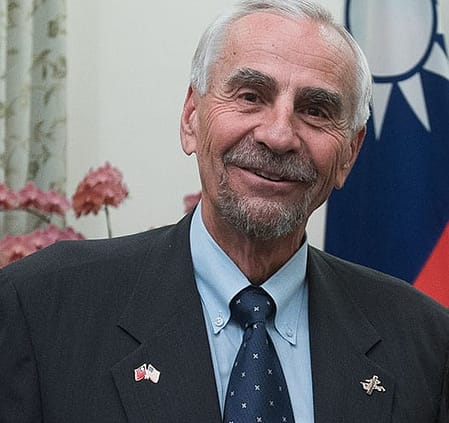 A meeting of the Senate Appropriations Committee on Thursday morning had the feel of a Soviet show trial. All the actors were in place and playing their roles, and although it seemed like the committee was deciding whether to pass a bill, the outcome had long been predetermined.

The bill in question, Senate File 134, would give a tax break to oil companies in Wyoming. It was brought by Sen. Eli Bebout (R-Riverton), who owns a Wyoming oil company. Bebout is also, conveniently, the chairman of the Senate Appropriations Committee. He lords over the group like an aging patriarch prone to long-winded, rambling lectures.

To no one’s surprise, the bill passed out of committee 5 – 0 with no fuss.

SF-134 would exempt oil companies from paying the majority of their severance taxes if oil prices drop too low. Low oil prices cut into companies’ profits, and the tax break would help them offset losses.

“When prices are down, they need some help to drill.”

This is a form of corporate welfare, by which the state would keep oil producers’ pockets padded during industry downturns, rather than subjecting them to the free market.

Bebout’s own company, Nucor Oil and Gas, would directly benefit from the bill’s passage. He said companies like his need assistance when oil prices are down.

According to the Wyoming Department of Revenue, the proposed tax break would cost the state roughly $110 million over its first three years.

The tax break would cost the state roughly $110 million

The state has only recently emerged from a severe budget shortfall, largely thanks to higher oil prices.

Since October, however, oil prices have dropped, threatening the state’s financial stability.

If Bebout’s bill passes, low oil prices would likely trigger SF-134’s tax exemption. Under SF-134, companies would receive a tax break when the cost of “West Texas Intermediate” oil drops below $80 a barrel, and when “Western Canadian Select” drops under $60.

At the time of this writing, “West Texas Intermediate” costs $50 a barrel, and “Western Canadian Select” costs $43.

The only person to publicly testify at Thursday’s show trial was Pete Obermueller, President of the Wyoming Petroleum Association. The oil lobbyist’s father, Rep. Jerry Obermueller (R-Casper), is a co-sponsor of SF-134. 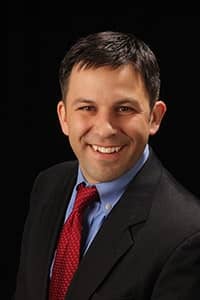 The younger Obermueller said that this bill is necessary to make Wyoming competitive against other oil-producing states.

“I’m the chairman of a major independent company,” Bebout said. “If I’m looking at where to spend money, I’m going to do it in New Mexico or Texas.” Those places, he said, are cheaper to drill.

Obermueller went on to list the difficulties of drilling in Wyoming, including high transportation costs, few incentives, and the burdens of working on federal public land. He said states like North Dakota and Oklahoma, where most land is privately owned, are much more profitable.

Bebout said he couldn’t agree more. After Obemueller was finished, the chairman gave the young lobbyist some tips on how he could better argue on the bill’s behalf in the future, such as delving deeper into the specific troubles of transportation.

The Wyoming Legislature has paid lip service in recent years to diversifying the state’s tax base. This would shield public services and infrastructure from funding cuts that result from mineral busts.

Bebout’s proposed oil tax break would threaten further funding cuts. Perhaps in anticipation, the Senate this week proposed a $9 million cut to the state’s education budget that would affect teacher salaries. On Wednesday, Sen. Dave Kinskey (R-Sheridan), who serves on the Senate Appropriations Committee with Bebout, sponsored a budget amendment that would cut funding from a breast and cervical cancer program.

Senate President Drew Perkins (R-Casper), who is sponsoring SF-134 along with Bebout, said the tax break for oil companies would usher in a new era of economic prosperity for Wyoming.

He compared the possibilities to the times when Wyoming lowered its severance tax on coal to boost business.

Perkins said that tax breaks for coal companies made Wyoming the “coal capital of the world.” In comparison, he said, Montana has coal reserves similar to Wyoming, but because of a lack of tax incentives, barely any production.

Of course, he didn’t mention that, today, Montana has a diverse and thriving economy, while Wyoming’s reliance on coal has left it shackled to a dying industry.

The glory of oil

It’s unlikely that this oil tax break will actually become law. Bebout and Perkins proposed a similar bill last year, which passed the Senate. But it died in the House Revenue Committee, where this one will probably land.

That won’t keep the oilmen from dreaming their oil dreams.

In another Senate Appropriations Committee meeting earlier this week, Perkins and Bebout were beside themselves talking about how wonderful oil is for Wyoming.

As Perkins read from a bill outlining the final stages of the Wyoming State Capitol Building’s renovation, he remarked that the capitol’s dome looks like an oil tanker while it’s wrapped up in protective scaffolding.

“Go oil!” Bebout blurted out from his chairman’s seat.

For those of you who have never been to the Legislature, but who look around Wyoming and wonder why we don’t make progress, this is what it’s like here: a bunch of old men sitting around a mostly empty conference room, patting themselves on the back, and shouting about the glory of oil.

Three anti-abortion bills are moving through the Wyoming Legislature
Scroll to top
Share this ArticleLike this article? Email it to a friend!
Email sent!