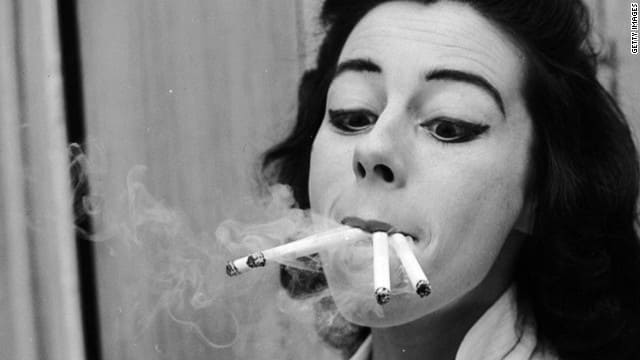 Smoke 'em while they're cheap!

UPDATE: This bill was voted down Wednesday on its third reading in the House

A bill advanced by the House on Monday would raise Wyoming’s cigarette tax rate by 50 cents per pack.

House Bill 282 would also tax “vape” products for the first time, at 20 percent of the wholesale purchase price.

House Speaker Pro Tem Albert Sommers (R-Pinedale) said the measure, which is sponsored by the Legislature’s Joint Appropriations Committee, would bring an estimated $8.3 million annually into the state’s General Fund and $1.5 million to local governments.

Everyone pays the cost of smoking

Earlier in the session the House Revenue Committee killed by one vote a proposed $1 per pack tax increase. Revenue Chairman Rep. Dave Zwonitzer (R-Cheyenne), who sponsored that bill, noted on Monday that Wyoming’s tobacco tax hasn’t been raised for 16 years. Wyoming taxes cigarettes at 60 cents a pack, the 6th lowest rate in the United States.

“Non-smokers are subsidizing smokers to the tune of $240 million per year in healthcare costs.”

Rep. David Miller (R-Riverton) objected to the increase, calling it a regressive tax that hits seniors hard. “It’s just very harmful to them in their later years,” he said, without a trace of irony.

But supporters of the bill cited health reasons and the fact that studies have consistently shown that higher tobacco taxes cause more young people to stop smoking.

Rep. Dan Furphy (R-Laramie) cited a University of Wyoming study that showed that “non-smokers are subsidizing smokers to the tune of $240 million per year in healthcare costs.”

Nicholas reminded his colleagues that the House had passed a tobacco tax increase two years ago, in an effort to help fund Wyoming schools. But the Senate killed that effort. He noted that, today, Wyoming public education funding still faces a nearly $100 million shortfall, and the state needs to figure out a way to close that gap.

House Speaker Steve Harshman (R-Casper) told the chamber it should advance the tobacco tax bill and try to improve it, but he didn’t specify how. 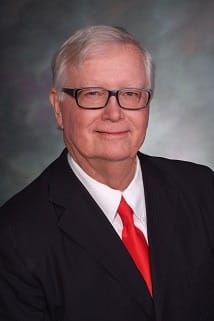 Harshman, a high school football coach and teacher, said there is a lot of conflict about whether vaping is good for people—because if they’re vaping, they aren’t smoking.

“The bottom line is it’s a huge issue,” he said. “All these kids smoke now, it’s the thing to do.”

Rep. Tyler Lindholm (R-Sundance) asked, “What happens if we raise this tax? Are we going to get people to quit? No, that’s not going to happen.”

Lindholm, who is from Canada, said his relatives to the north pay “extreme” tobacco taxes, while Wyoming’s are relatively very low.

Tobacco industry lobbyists have been pushing legislators to amend HB-282 so that it would not increase the cigarette tax but only affect vaping products. Currently, vaping products are not taxed in Wyoming outside of normal sales tax.

Lindholm, who vapes like it’s going out of style, offered such an amendment on the House floor Monday. It failed on a standing vote, with only 21 House members supporting it.

Freshman Rep. Clarence Styvar (R-Cheyenne) made a last-ditch effort to kill HB-282. “If we’re going to tax people we need to do it fairly, not go after one group—the smokers of Wyoming,” he said.

HB-282 passed on a standing vote when 34 House members rose to support it. It is scheduled for its third and final reading in the House Wednesday.