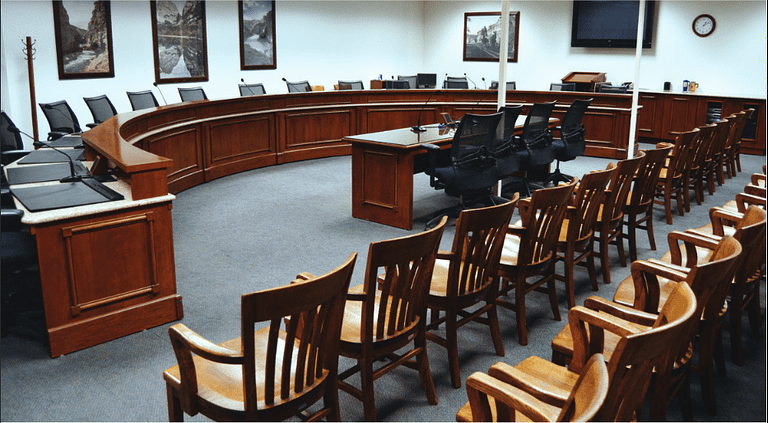 The Legislature went home on Monday night without hearing HB-230.

A bill that would have protected LGBTQ workers in Wyoming from discrimination on the job died a quiet death on Monday night.

House Bill 230 would have ensured that no one in Wyoming could be fired, denied promotion, or otherwise demoted or refused employment on the basis of their sexuality or gender identity.

The bill faced a series of procedural deadlines that ultimately helped seal its fate.

Friday was the last day that bills could make it out of committees in their “chamber of origin.” HB-230 squeaked through the House Revenue Committee on Friday, with a 5 – 4 vote.

In turn, Monday was the final day that bills could be heard for “first reading” in their chamber of origin.

House members debated legislation past 9 p.m. last night. But despite receiving hundreds of emails and letters supporting HB-230, House Majority Floor Leader Eric Barlow, who decides which bills will be heard on the House floor, never brought it up for consideration. The day’s final bill dealt with regulating “video skill games.”

The LGBTQ workplace equality bill never got a hearing or a vote. 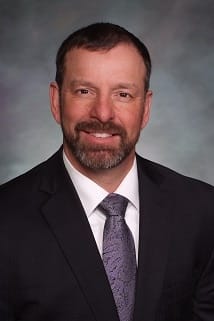 For instance, Barlow was a vocal opponent of House Bill 10, “Crimes against critical infrastructure,” which would have outlawed pipeline protests like those at Standing Rock. Barlow neglected to put HB-10 before the House on Monday, and it, too, died.

It’s unlikely that Barlow—who generally expresses thoughtfulness and compassion—flatly opposes protecting LGBTQ workers from discrimination. But he wasn’t willing to do them any favors on Monday, either.

The Wyoming Republican Party had made blocking any LGBTQ nondiscrimination measures its number two priority for the 2019 legislative session. At the committee hearing for HB-230 on Friday, Rep. Cyrus Western (R-Sheridan) asked Wyoming Republican Party Executive Director Kathy Russell point-blank whether Republican lawmakers would face “punitive measures” if they voted for the bill.

Russell dodged the question, but Western voted “no” anyway.

By denying HB-230 a hearing on Monday, Barlow saved his 50 Republican colleagues in the House from having to publicly decide between what’s right and what their party wants.

During Friday’s committee meeting on HB-230, it became clear that lawmakers were queasy about including protections for transgender people in the bill. This could have been a sticking point for the bill’s non-hearing on Monday.

Testifying before the committee, Rep. Roy Edwards (R-Gillette) argued that if the bill was going to include gender identity, then it should have to list all the different ways people self-identify.

“I hear there are over 100 [different gender identities],” Edwards said. “I don’t know what they all are. How would an employer know?”

Rep. Tim Hallinan (R-Gillette), who sits on the Revenue Committee, worried that transgender people might sue their employers if they didn’t refer to them by their preferred gender pronouns.

“I hear on TV there are places where [transgender people] don’t approve of the pronouns that are referred toward them,” Hallinan said. “Would that be considered in a lawsuit?”

Members of the public testifying against the bill encouraged this line of argument. Robin Goodspeed, a Laramie County GOP precinct committeewoman, said that transgender people suffer from gender dysphoria, which she called a “mental illness.

“Why would the state create a protected class for people with mental illness?” Goodspeed said.

Amber Pollock, a Casper businesswoman and a member of the state’s official economic diversification task force, ENDOW, reminded the committee that transgender people are often even more at risk than other members of the LGBTQ community. She called on the committee not to remove gender identity from the bill.

On Monday, fears that HB-230 would not be brought for consideration in the House began to circulate among LGBTQ advocates at the Jonah Building. People close to discussions about the bill said that there was a good chance that, if it were heard, there would be an amendment to remove gender identity.

“For our supporters, please know that we will not stop. We will not give up.”

“It is disconcerting that even with an outpouring of emails, calls, and letters in recent weeks, workplace equality legislation did not clear this procedural hurdle,” board chair Kenneth Ingram said. “For our supporters, please know that we will not stop. We will not give up. We are committed to ensuring that all hardworking Wyomingites can share in the freedom to live and work without fear of discrimination.”

On Friday, after the Revenue Committee meeting, Wyoming Equality hosted a group of high school students from Gay-Straight Alliance (GSA) clubs around the state. The children visited the Wyoming Supreme Court and the Legislature to talk with justices and lawmakers and learn about state government.

Wyoming LGBTQ kids and their allies met with legislators like Rep. Dan Zwonitzer (R-Cheyenne), who sponsored HB-230. They learned about the bill and how it could impact their lives if they chose to enter Wyoming’s workforce.

They also met with Rep. Western, who voted against the bill that morning, and many of them met with their local legislators to express support for HB-230.

They also lobbied for Senate File 50, a bill that originated in a Fremont County high school class and that would make the blotched tiger salamander Wyoming’s official state amphibian.

Thankfully for the children, lawmakers heard their voices—at least partway.

The State Senate approved SF-50, and Tuesday morning the House Travel, Recreation, and Wildlife Committee advanced it to the full House with a unanimous vote.

With HB-230’s failure, the students learned a valuable lesson: It’s easy to get Wyoming lawmakers to patronize you with cutesy legislation; it’s much harder to get them to respect your civil rights.

“Fetal personhood” bill dies in the Senate, while an abortion reporting...
Scroll to top
Share this ArticleLike this article? Email it to a friend!
Email sent!