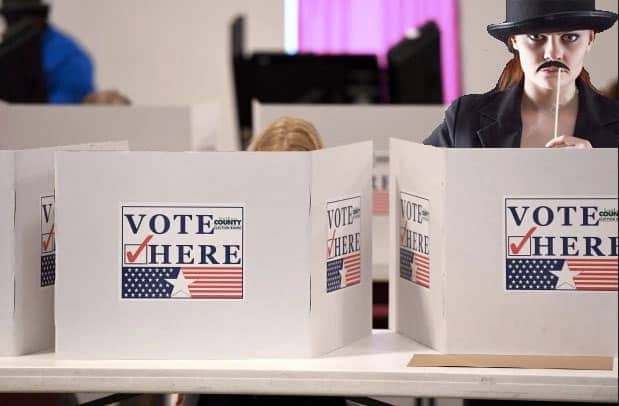 According to the bill's sponsor, voter fraud like this could be rampant in Wyoming.

The House on Wednesday rejected a measure that would have required Wyoming voters to present “valid photo identification” at the polls.

Rep. Chuck Gray (R-Casper) tried to bring Wyoming in line with other states that have passed voter ID laws in recent years, since the U.S. Supreme Court struck down a key part of the Voting Rights act in 2013.

Gray sponsored House Bill 192, which would have required a voter to show a driver’s license or other form of ID that would be vetted at the polls by election workers.

Wyoming’s small population means that a handful of votes can determine an election. Since that’s the case, Gray said during debate on the House floor, voter fraud could affect the outcome.

“If they served beer at the polls I’d show my ID—but then I probably wouldn’t get elected.”

But opponents argued that Wyoming experiences very little voter fraud, and that Gray’s bill was unnecessary.

“This is a solution in search of a problem,” said Rep. Tyler Lindholm (R-Sundance). He said there were no cases of voter fraud in the 2018 elections because “our system is working. The secretary of state’s office and our county clerks have figured out” how to verify if a person is registered to vote and eligible to receive a ballot.

Supporters of voter ID laws often point out that people show their driver’s licenses all the time, Lindholm said, like when they’re buying a drink at the bar. “If they served beer at the polls I’d show my ID—but then I probably wouldn’t get elected.”

Rep. Mary Flitner (R-Greybull) said in rural parts of Wyoming “we all know one another” so the bill isn’t necessary.

Rep. Dan Kirkbride (R-Chugwater) said he’s learned to trust county clerks to do their jobs right. He believes requiring would-be voters to show a photo ID would lead to “inevitable confrontations that would result in voters being turned away.”

“Our volunteer poll workers would be given police authority. Where is the training for them?”

“Our low-paid or volunteer poll workers would now be given police authority,” Connolly said. “Are they going to be responsible to know what counts as a valid ID? Where is the training for them?”

As a result, several legislators said, election judges would have a harder time finding poll workers.

Kirkbride added that more government regulation of voting isn’t necessary, just like it isn’t needed for education or gun issues.

“In Wyoming when we’re told by the federal government what to do, we resist it,” he said. “Now [with this bill] we’re doing it to ourselves.”

Gray said it’s impossible to prove that voter fraud exists without a law that requires people to show a photo ID. “Right now it’s kind of a free-for-all,” he said. 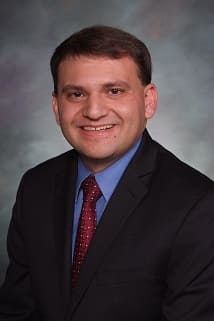 Rep. Art Washut (R-Casper) agreed. “Sometimes we don’t know what we don’t know,” he said. “There might be more voter fraud than we know.”

Rep. Scott Clem (R-Gillette) said one man testified in the House Corporations Committee that he and his son have the same name, and his offspring cast a ballot that election judges counted as his by mistake. “This does happen,” Clem said.

But Rep. Dan Zwonitzer (R-Cheyenne) said to convict someone of voter fraud a prosecutor must prove intent, which was not present in Clem’s example. He noted that’s a high bar that no one has been guilty of in recent Wyoming elections.

What is a real problem, he said, is that many seniors do not have a photo ID, primarily because they don’t drive and don’t have a state license. The elderly residents of nursing homes also do not have the other forms of ID that would be necessary to vote under HB-192, such as utility bills with their name and address.

Other lawmakers pointed out that Gray’s bill could create difficulty for military members serving overseas.

HB-192 would have never made it to the House floor if it weren’t for what first-year Rep. Andi Clifford (D-Riverton) admitted was a bit of a freshman mistake.

The bill barely squeaked past the House Corporations Committee with a 5 – 4 vote. Clifford, a member of the Northern Arapaho tribe, supported the bill after successfully offering an amendment to include tribal ID cards as forms of “valid” identification.

Rep. Shelly Duncan (R-Lingle), who serves on House Corporations with Clifford, told the House during debate on Monday that she voted for HB-192 in committee to support her Native colleague.

Clifford said she had offered the amendment and backed the bill to raise awareness of the difficulties many tribal people have registering to vote. She said, ultimately, this bill would be bad for the majority of voters in her district, which includes the Wind River Reservation.

One member of the House, Rep. Evan Simpson (R-Afton), was absent. But he liked the bill.

On Wednesday, Simpson’s vote would have secured victory in the House for HB-192, which needed 31 votes to pass.

But another of the bill’s supporters, Rep. David Northrup (R-Powell), was gone on Wednesday. And in a change of heart, Rep. Zwonitzer, who co-sponsored the bill, flipped and decided to help kill it.

Wyoming Senate passes tax break for oil companies
Scroll to top
Share this ArticleLike this article? Email it to a friend!
Email sent!