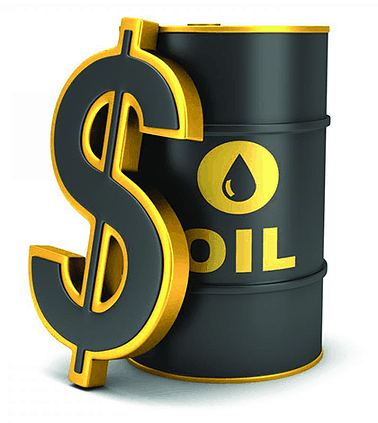 More money for the oilmen, less for teachers.

The Wyoming State Senate passed a bill on Wednesday to give a tax break to oil companies.

Senate File 134 was brought by Sen. Eli Bebout (R-Riverton), who owns an oil company. Bebout is also the chairman of the Senate Appropriations Committee, which advanced the bill last week.

In its original form, SF-134 would have cost the state of Wyoming an estimated $110 million over its first three years of implementation, according to the Wyoming Department of Revenue.

An amendment on Wednesday narrowed the scope of the bill, making it apply only to pre-existing wells that companies aim to “recomplete or workover.”

The bill would still cost the state millions in lost revenue, but it’s unclear how much. The Department of Revenue has not had time to make calculations based on the amendment.

Chris Merrill, director of the Equality State Policy Center, said the bill is “like a black box” in terms of its potential cost to the state.

It passed its third reading in the Senate with a 22 – 7 vote and is headed to the House.

Sen. Chris Rothfuss (D-Laramie) argued on the Senate floor Wednesday that the state should not be forfeiting tax revenue while the oil industry is doing well and Wyoming continues to struggle to fund its schools and state agencies.

“We should not be giving away money,” Rothfuss said.

“We should not be giving away money.”

While the Senate aims to give oil companies a tax break, it is also pushing for deep cuts to the state’s budget.

The two chambers of the Wyoming State Legislature, the House and the Senate, are currently debating the state’s new budget bill. The Senate’s version is about $80 million less than the version the House has approved. Among the Senate’s proposed cuts is a $9 million reduction in funding for public schoolteacher salaries, which might be unconstitutional.

A class of oil tycoons 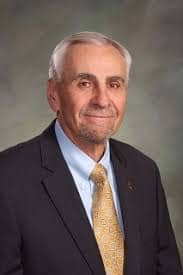 Before a vote on SF-134’s first reading in the Senate, on Monday, Bebout acknowledged to his colleagues that he faced a potential conflict of interest by voting on the bill. Bebout is the owner of Nucor Oil and Gas, and legislators are not supposed to cast votes that would directly benefit them.

But conflict of interest rules do not apply when a lawmaker is part of a “class of people” that would be affected by legislation—so, for instance, a female lawmaker could still vote on a bill about the state’s gender wage gap, or other proposals that would generally affect women.

Bebout argued that SF-134 would, in fact, affect a “class of people”—oil tycoons, apparently—and stood in support of the bill.

It passed first reading by one vote, prior to being amended.

Bebout claims that his proposed tax break for oil companies would increase production and create jobs.

But several senators pointed out that oil prices—not tax rates—drive the market, and that the tax break wouldn’t spur the industry.

“Production in this state always has been and always will be driven by the market.”

“Two studies have shown that our taxes are not a burden and do not affect production,” Sen. Cale Case (R-Lander) said.

The proposed tax break would put extra money in companies’ pockets, but it wouldn’t be enough to meaningfully affect the industry. The tax break would, however, cut deeply into Wyoming’s budget.

“It’s a ton of money to us but not a lot of money [to oil companies],” Case maintained. The decisions of company officials “are driven by the price of oil, not by tax exemptions,” he said.

“It seems like a really bad idea, because production in this state always has been and always will be driven by the market for oil,” Merrill said. “It’s been shown time and time again that the severance taxes don’t have any affect on the level of production.

“So if you carve out a special exemption for certain oil and gas producers, you’re just leaving money on the table” that would have been paid to the state, Merrill said.

Wyoming Legislature struggles to take parental rights away from rapist ‘d...
Scroll to top
Share this ArticleLike this article? Email it to a friend!
Email sent!