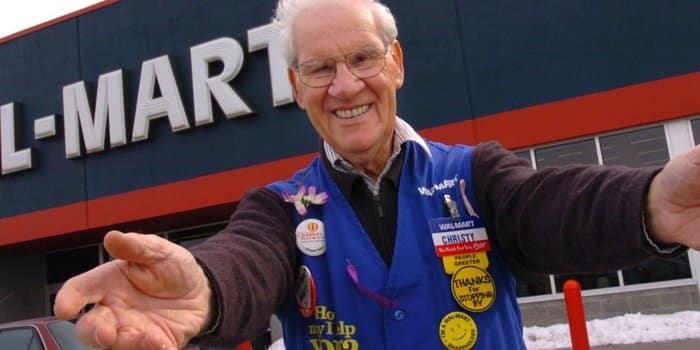 Wyoming is one of two states that have neither a corporate income tax nor a gross receipts tax.

What do you give a big-box store in famously “business-friendly” Wyoming?

How about a 7 percent corporate income tax?

That’s what Rep. Jerry Obermueller (R-Casper) determined would be one tax measure that the Wyoming Legislature might actually pass this session as it looks to close the state’s education funding shortfall. He’s sponsoring House Bill 220, the National Retail Fairness Act, which would bring in an estimated $45 million a year for Wyoming schools.

That figure comes from Wyoming Department of Revenue Director Dan Noble, who called it a “conservative estimate.”

So far this session state lawmakers have turned their thumbs down to a measure to impose a personal income tax, plus two proposed tobacco tax increases. A bill to remove tax exemptions for dozens of industries and services went nowhere.

Almost without exception, each effort to raise new revenues in recent years has failed, even as the Legislature has cut more than $100 million from statewide K-12 education funding and has made deep cuts to other public services and infrastructure.

Obermueller’s bill, which passed the House with a 44 – 14 vote, was raced through the chamber at breakneck speed. It was introduced on Jan. 22 and sent to the Senate on Jan. 25. But it languished there and wasn’t assigned to the Senate Corporations Committee until Feb. 7. The panel hasn’t yet taken action, but has until Feb. 20 to report bills out to the floor.

HB-220 would affect all corporate vendors operating in Wyoming that have more than 100 shareholders.

In fact, it was the notoriously anti-tax Bebout who suggested taxing large corporations like Wal-Mart at a Joint Revenue Committee interim meeting in 2017. HB-220 would affect all corporate vendors operating in the state that have more than 100 shareholders.

The version of HB-220 approved by the House would direct the revenue it generates to education funding. But that could conceivably change in a Senate that has been more interested in cutting public school budgets than helping find revenue to operate them.

As Obermueller has explained, some conservative legislators are finding this proposal palatable because most of the companies that would be taxed under HB-220 are headquartered out of state.

The tax rate would also not affect consumer prices, since huge corporations set their prices at a national level. 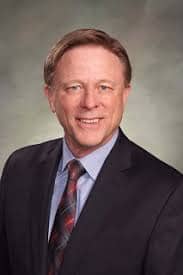 Large chains in the retail, accommodation, and food service sectors like Wal-Mart, Macy’s, Applebees, and McDonalds are already taxed in other states. So, Wyoming is basically missing out on revenue that other states collect.

Perkins, the Senate President, has pointed out that, in Arkansas, where Wal-Mart is based, the money coming in from sales in Wyoming is paying for Arkansas roads, schools, and other public services and infrastructure.

In an interview with WyoFile, Perkins said: “You’ve got money that is being paid by hard-working families in Wyoming that is being taxed in the state where the headquarters of large corporations are.”

Because these corporations operate throughout the world, their prices are not affected by the taxes a single state like Wyoming would impose, Obermueller said. He doesn’t expect Wyoming consumers to see any price increases if the bill passes.

Meanwhile, should HB-220 pass, corporations will be able to deduct the Wyoming tax from income tax in their home states, so advocates say it won’t hurt the companies.

Other opponents include the Wyoming Petroleum Exporters Association, the Wyoming Liberty Group, and the Wyoming Farm Bureau, which all oppose any tax increases no matter what. The Farm Bureau called for a study of the impact the measure would have in the state.

Obermueller, though, said it is time for the Legislature to act, find a stable source of revenue for education, and stop sending money to other states.

HB-220 has been getting mixed reviews in the media.

The Casper Star-Tribune Editorial Board backed the proposal, noting, “It’s time legislators consider a variety of solutions to solving the massive education funding deficit that is so undeniably important to Wyoming’s future. As Rep. Obermueller points out, not all taxes are created equal—and not all of them are inherently wrong for Wyoming.”

“Not all taxes are created equal—and not all of them are inherently wrong for Wyoming.”

Not surprisingly, Patrick Gleason of the conservative Americans for Tax Reform wrote an op-ed criticizing Wyoming for wanting to pass a corporate income tax. Jared Walszak of the conservative Tax Foundation opined that that bill “would create new tax burdens for many companies in a state where it can already be expensive to operate.”

Wyoming and South Dakota are the only two states that impose neither.

Equality State Policy Center Executive Director Chris Merrill said he was surprised to see HB-220 passed so quickly and convincingly in the House. He said its strong bipartisan support from legislative leadership might help its chances in the Senate.

Anti-tax zealots in the Legislature have had to recently face the sobering fact that, without diversifying Wyoming’s tax base, diversifying the state’s economy might actually do more harm than good.

While the ESPC has not taken a position on the proposed corporate income tax, Merrill said the sponsors of the bill “are trying to take a pragmatic approach to an unfortunate reality that a corporation like Wal-mart pays on average 7 percent taxes in every other state” except South Dakota.

“The boom-and-bust cycle is a problem we’ve been living with as long as anyone can remember.”

“Corporations have a standardized pricing model, so we pay the same in Wyoming for a flat-screen TV as you would in New Jersey or California,” Merrill said. “So you can look at this bill as leveling the playing field and recapturing some tax dollars.”

Will that argument win the day in the Senate? “Probably not,” Merrill said.

“But the sponsors of the bill should be commended for at least trying to think creatively about expanding the tax base in Wyoming. The boom-and-bust cycle of commodities is a problem we’ve been living with as long as anyone can remember.”

Wyoming Legislature moves to reinstate tax rebate program for elderly and disabled...
Scroll to top
Share this ArticleLike this article? Email it to a friend!
Email sent!