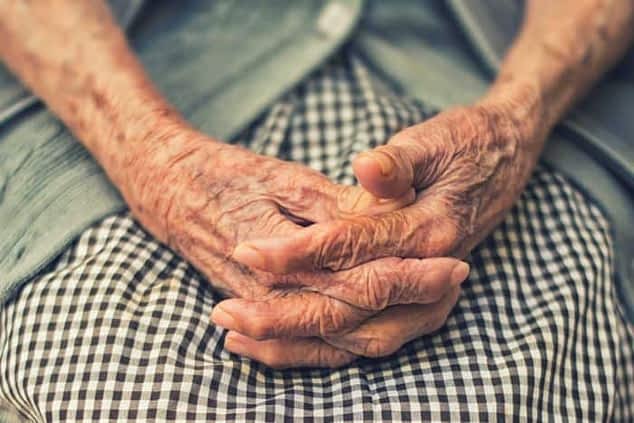 You don’t hear much about poor people at the Wyoming State Legislature.

There have been bills seeking to help a billionaire win his zoning dispute with county commissioners so he can build an expensive private school, and a tax break for rich oil companies. Those measures both passed the Senate and are now working their way through the House.

When legislators bring up poor folks, it’s usually to accuse them of being “freeloaders” for receiving public services, or to make sure they don’t have access to healthcare or a higher minimum wage.

But on Tuesday the Senate Revenue Committee heard a sympathetic take on people who live in poverty, when Rep. Tim Hallinan (R-Gillette) talked about House Bill 127. His proposal would reinstate funding for the popular Tax Refund for the Elderly and Disabled, which was discontinued in 2016.

“This bill will help the poorest of the poor in Wyoming,” Hallinan said on Tuesday.

HB-127 passed the Senate committee with a unanimous vote. It now goes on to the Senate floor for debate.

It once was a bust-proof program

Prior to 2016, the Tax Refund for the Elderly and Disabled program had been funded in Wyoming for 41 consecutive years, through all previous booms and busts.

Even if the Legislature brings back the refund program, it could be gone again before we can say “bust.”

But mineral tax revenues began tanking around 2015, and a crueler crop of legislators intent on public services had entered the capital. Three years ago, they put the tax refund for the elderly and disabled program on the chopping block.

Now that oil markets have improved, so has Wyoming’s financial situation. But the state still depends on the whims of the mineral industry to fund its public services.

Even if the Legislature brings back the refund program, it could be gone again before we can say “bust.” 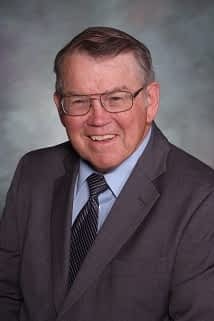 If HB-127 passes, the program will be slimmer than it was in 2016. At that point, it cost $4.1 million and aided about 6,000 seniors and disabled people. The bill to bring it back has an appropriation of just $2.5 million.

“Our state was in severe financial crisis in 2016 and felt forced to cut programs right and left,” Hallinan said. “The state’s finances are significantly improved three short years later. I believe we can now restore [the program’s] appropriation, but we reduced the amount because we’re not out of the woods yet in terms of the budget.”

Even with the tax refund, Hallinan said beneficiaries will still be “at or slightly above the federal poverty rate.”

The things they need

Co-sponsor Rep. Tim Salazar (R-Dubois) serves on the board of his local senior citizens center. He said the tax refund money would be well spent by its recipients on things they need.

“I’ve talked to many seniors who said they will be able to buy groceries and buy propane to heat their homes.”

“I’ve talked to many seniors who said they will be able to buy groceries and buy propane to heat their homes,” Salazar said. “Right now, they’re skipping meals and turning off the heat for two or three hours a day. I don’t know how they do it.”

“People on Social Security Disability only make about $9,200 a year,” said Jeff Gardner, executive director of the Wyoming Community Service Providers, which supports disabled people throughout the state. “For the people we serve, this is basically another month’s income for them.”

Gardner said the funds “are not used for anything extravagant. The money is used for things like new shoes that people have not been able to afford, or a new bed—necessities that will make their quality of life better.”

Maybe the taxes will refund themselves?

The only thing the Senate Revenue Committee didn’t like about HB-127 was the cost of staffing, which is $194,000. This is the same amount the program cost to administer in 2016.

Department of Revenue Director Dan Noble, whose department will oversee the rebate program, said the funds would pay for one full-time staff member and three seasonal contract employees. Noble said once rebate applications are received in August, it’s a labor-intensive process that requires extra staff.

“Can we do it with less people? We’ll do it with the people we need to have,” Noble said matter-of-factly. He added that the state’s Division of Aging will likely get involved with helping seniors fill out applications.

Sen. Ogden Driskill (R-Sundance) ignored Noble’s comments and offered an amendment to cut the program’s administrative budget in half. It was unanimously approved.

The difference in funding will have to be settled in a conference committee if the Senate passes HB-127. The measure already passed the House with a 47 – 13 vote.

Foster Friess’ proposal to remove county authority over private schools moves...
Scroll to top
Share this ArticleLike this article? Email it to a friend!
Email sent!