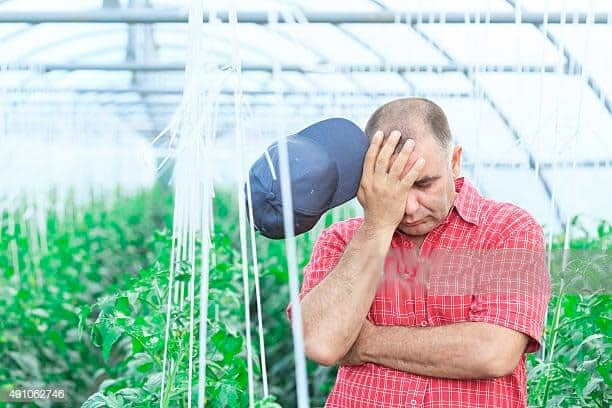 Unless the Senate restores the bill's funding, Wyoming farmers and people hoping to legally use CBD products will be out of luck.

That was the Senate Appropriations Committee’s message on Wednesday to all Wyoming farmers anticipating a new, potentially lucrative cash crop—industrial hemp. It was also the message to companies looking to expand into hemp processing, and to people anxious to legally use hemp-based CBD products.

The committee approved House Bill 171 with a 5 – 0 vote. It would put in place regulations for hemp and hemp-based products, like CBD oil.

In short, it means that the bill, as it stands now, is basically worthless. It will move to the full Senate for debate, where hopefully lawmakers will amend it to restore funding.

Rep. Bunky Loucks (R-Casper) tried to explain to the committee that if Wyoming doesn’t fund the basic steps necessary to grow hemp in Wyoming, the federal government will instead step in and impose its own regulations. 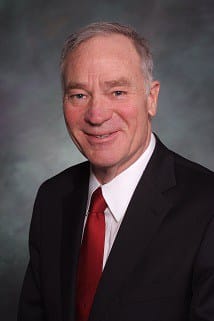 But, Loucks said, it will probably be several years before the USDA has its own system up and running.

The House passed the bill 60 – 0. It also had the unanimous backing of the Senate Agriculture Committee before it was re-referred to Senate Appropriations.

The bill originally had a $315,000 appropriation, including about $200,000 for testing equipment to make certain that CBD products from industrial hemp have a maximum THC content of .3 percent. Approximately $40,000 was in the bill for service contracts to ensure the equipment is properly working.

But Sens. Larry Hicks (R-Baggs) and Dave Kinskey (R-Sheridan) seemed to enjoy gutting the bill. This is the second hemp measure brought by Loucks in the past two years. It is also the second to have its appropriation stripped by the Senate.

Once a drug, now a farm product

CBD products come from hemp. Most CBD products contain trace amounts of THC—the psychoactive ingredient in cannabis—but not enough to get any users high. CBD oils, tinctures, lotions, and other products help relieve pain for many diseases and other medical conditions, including cancer, epilepsy, glaucoma, and auto-immune disorders.

“It’s important for this bill to pass so we can get our state plan approved and farmers can get their seed planted this year.”

When the U.S. Congress passed its Farm Bill in December, it re-classified CBD with less than .3 percent THC content, changing it from a Schedule I drug to a legal agricultural product. But it is not yet legal under Wyoming statutes, and some law enforcement agencies have thrown people in jail for possessing it.

Loucks and other proponents pointed to the 10 companies that have already expressed interest in processing Wyoming hemp into fiber, food, CBD, and other products. During testimony at a House Agriculture Committee hearing, one Colorado hemp producer said he planned to build a $5 million processing plant in Wyoming if the bill is passed.

“It’s important for this bill to pass so we can get our state plan approved and farmers can get their seed planted this year,” Loucks said.

A pointless hard line on funding

But Hicks was adamant that the lab equipment needs to be completely paid for in its first year through licensing fees from farmers. Loucks told him that it’s impossible to know at this point how many farmers may buy $750 licenses from the state. But the interest level has been high.

“Why are you going to do that? If you don’t like the bill, kill the bill.”

“You have to have a permit before you can start growing this stuff, right?” said Hicks.

Wyoming Agriculture Director Doug Miyamoto explained that the Farm Bill requires states to have the testing equipment in place—and the people to conduct the tests—as part of its plan that must be submitted to the USDA.

Kinskey said he knows of a private lab in his hometown of Sheridan that might be interested in getting a state contract to test hemp. “I’d love to see the private sector take advantage of this,” he said.

Hicks offered an initial amendment to strip all funding from the bill. This prompted the committee’s chairman, Sen. Eli Bebout (R-Riverton), to ask: “Why are you going to do that? We need the equipment, it’s one-time funding. What are you going to do? If you don’t like the bill, kill the bill. But you’ve got to have this in there to make it work.”

An obviously ticked-off Hicks withdrew his motion. But Kinskey offered up one just as harmful to the bill. His amendment made the state funding contingent on either finding a private lab to contract for the CBD testing or paying Colorado to do it. It passed 4 – 1.

Miyamoto said he will do what the committee requested and check with Colorado and private labs. But his resigned tone after the meeting indicated he already knows the answer—Hicks asked the same question about Loucks’ 2017 hemp bill, and Colorado said no.

Without its $315,000 appropriation, the bill’s passage would essentially be a meaningless gesture.

“It leaves us in a position where it’s going to be difficult to get a plan through the USDA. … This is not the first time, we’ve been through this before, especially on this topic,” Miyamoto said.

Senate proponents of HB-171 could still offer amendments on the floor to restore the funding. But it’s not likely, given the chamber’s absolute love for cutting budgets and its prior disdain for creating a profitable Wyoming hemp industry.

If the Senate passes the bill as it stands, the House could insist in a conference committee that it be funded. But it’s unclear whether any representatives would go to the mat for the measure.

A third scenario is most likely: Given the large number of House bills the Senate must consider before a procedural deadline on Thursday, it simply might not even be heard.

The $315,000 appropriation was the key to the entire bill. Without it, the bill’s passage would essentially be a meaningless gesture.

The last anti-choice bill of the 2019 Legislative session advances to the Wyoming...
Scroll to top
Share this ArticleLike this article? Email it to a friend!
Email sent!