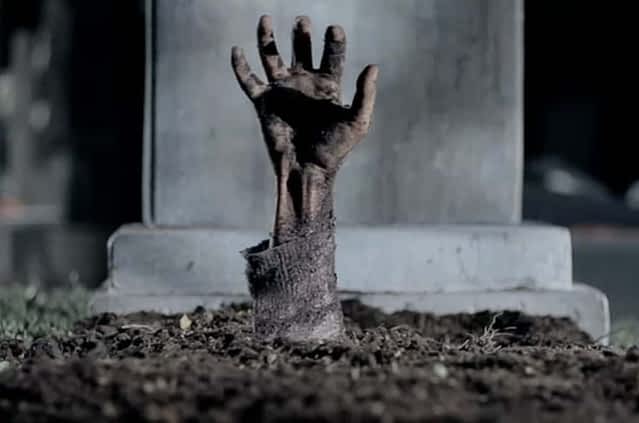 We know the term "zombie bill" is sort of a cliché by now, but jeez ...

You know how in monster movies, right at the end when it seems like the heroes have killed the monster, it comes back to life for one last scare?

That was the feeling around the Jonah Building on Thursday night, after the Senate voted down a bill to ban Wyoming voters from changing political party affiliations at the polls.

It was the fourth time a bill with that goal had died during this year’s Legislative session.

But after having seen so many bills to ban “crossover voting” come back to life, no one seemed to believe that this one was really dead.

The Senate voted down House Bill 106 on Thursday with an 11 – 14 vote. But there are 30 members of the Wyoming Senate, and only 25 votes were cast on the bill.

According to Senate rules—which lawmakers sometimes seem to make up as they go along—it’s apparently possible for the five senators who missed the vote to demand a do-over.

Banning Wyoming voters from changing party affiliation at the polls is the Wyoming Republican Party’s number one priority for the 2019 session. It’s also a goal megadonor Foster Friess is pushing hard. Friess blames his loss in last year’s governor’s race on Democrats who switched to vote in the Republican primary for Mark Gordon.

The five senators who missed the vote are not the types who profess loyalty to open elections over their own political party.

The only people who would be shocked to witness HB-106 come back to life would be people who haven’t been paying attention. 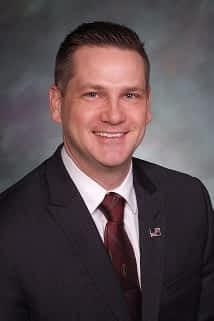 Senate File 32, sponsored by Sen. Bo Biteman (R-Ranchester), was the first to go. It would have prohibited all voters from changing their political affiliation between May 1 and primary election day in August. It was sent to the Senate Corporations Committee, which snubbed it with a 3 – 2 vote.

Committee Chairman Sen. Bill Landen (R-Casper) voted against the bill on the first go-round. But he changed his mind the next day after receiving what was likely more than a gentle nudge from state GOP leadership. He called for another vote on the measure.

But his fellow committee member Sen. Tara Nethercott (R-Cheyenne), who had voted “Yes” the first time, changed her mind, too. She switched to a “No” on the second vote, and SF-32 died a second time.

Legislators aren’t supposed to be able to watch their bill die and then turn around and bring forth another just like it. But Biteman was allowed to sponsor another “crossover voting” ban, Senate File 160.

Instead of sending it to the Senate Corporations Committee, which oversees bills dealing with elections, Senate President Drew Perkins sent Biteman’s new bill to the Senate Agriculture Committee. The cow pokes rubber stamped it with a 5 – 0 vote.

The bill would have prohibited any change in party affiliation from two weeks before county clerks mail the first absentee ballots, until the primary. That would effectively be about six weeks prior to the election. The Senate passed Biteman’s second bill, 20 – 10.

But when SF-160 reached the House, it was assigned to the House Corporations Committee, which declined to hold a hearing on it.

Meanwhile, the House had its own version of a “crossover voting” ban. HB-106, sponsored by Rep. Jim Blackburn (R-Cheyenne), set the deadline for changing party affiliation at 14 days before the primary. The House passed it 41 – 18, and when it went to the Senate, its old friends on the Agriculture Committee approved it 4 – 1.

Ag Committee member Sen. Cheri Steinmetz (R-Lingle) successfully changed HB-106 back to Biteman’s original May 1 deadline. Then she added some extras. Notably, she sponsored an amendment that would have required voters to show a photo ID to change affiliation.

During debate on the Senate floor Thursday, lawmakers squabbled over some amendments to HB-106 that shifted dates around. They also removed Steinmetz’ ID requirement.

“They’ll say they were denied the right to vote, and they will be rightfully offended.”

Sen. Cale Case (R-Lander) led opposition to Steinmetz’s ID amendment. “The photo ID thing is a red herring,” he said. “You have to have a photo ID to register to vote in Wyoming now.”

Senators who had opposed the other “crossover voting” bans stuck to their guns.

“I don’t think this is in the best interests of our party. I think this could come back to haunt us,” Sen. R.J. Kost (R-Powell) said.

Sen. Charles Scott (R-Casper) said the bill’s deadline for changing parties would make it more difficult to participate in elections.

“They’ll say they were denied the right to vote, and they will be rightfully offended,” Scott said.

Others who had supported the first bills lost their enthusiasm. Sen. Affie Ellis (R-Cheyenne) had voted for Biteman’s second bill. But she told her colleagues on Thursday she’s tired of seeing the same legislation brought back again and again as “insurance-type bills” in case their predecessors were rejected.

Can HB-16 be resurrected? In this Legislature, it seems like anything can happen.

“We have a great tradition in this state when it comes to personal freedoms, and that extends to the ballot box.”

Still, even if the bill is reconsidered, senators wouldn’t be able to amend it now—they would have to vote on the House version that set a deadline 14 days before the primary. Disagreements over the cutoff date have plagued the bills so far.

Chris Merrill, executive director of the Equality State Policy Center, has lobbied against each version of the “crossover voting” bans for the past six weeks. Far from looking exhausted, he seemed pretty chipper after the (hopefully) final Senate vote.

“Legislators today were looking out for all of the people of Wyoming,” Merrill said. “We just have a great tradition in this state when it comes to personal freedoms, and that extends to the ballot box. I think the majority of legislators recognized and honored that tradition.”

Medicaid work requirements bill faces an uncertain future in the Wyoming Ho...
Scroll to top
Share this ArticleLike this article? Email it to a friend!
Email sent!