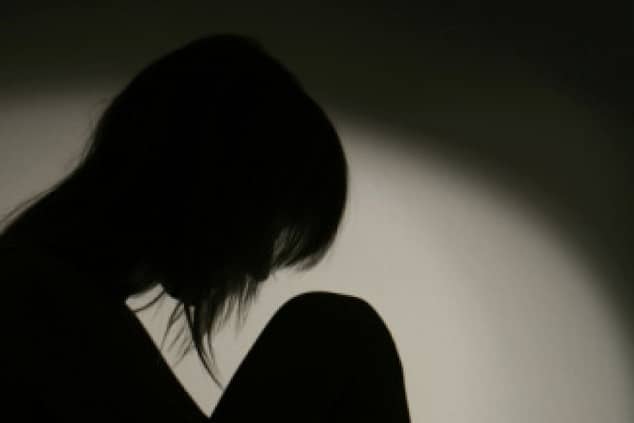 The House and Senate fought over whether to include the conviction requirement, or to use the "clear and convincing evidence" standard used by most other states.

According to some Wyoming State Legislators, you can commit rape without being a rapist—as long as you don’t get caught.

If you’re not caught, you get to be a parent. 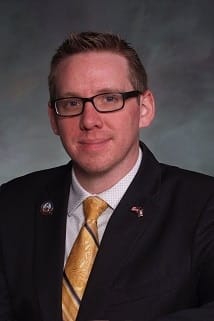 Olsen’s jaw-dropping comment came during debate over a proposal to ban rapists in Wyoming from claiming parental rights when their victim chooses to carry their pregnancy to term.

Even if there exists “clear and convincing evidence” that a child was conceived as the result of rape, Olsen said, “it shouldn’t be enough to take their parental rights away.”

After five years of failed attempts, Wyoming has finally joined 33 other states that terminate the parental rights of rapists.

But unlike most other states, Wyoming’s new law only applies to rapists who have been formally convicted of sexual assault. Elsewhere, civil courts use the legal standard of “clear and convincing evidence” to deny rapists’ parental rights.

The Wyoming Legislature’s passage of House Bill 107 this year may have been a positive gesture on behalf of sexual assault victims. But because our criminal justice system is so bad at prosecuting rape, the new law won’t realistically do much to protect them.

The problem is that rapists are very rarely ever convicted of anything.

For every 1,000 rapes, approximately five rapists are convicted of sexual assault. Fewer than 40 percent of rapes are even reported to the police. Those are seldom prosecuted, and even more seldom are they prosecuted successfully.

In 2017, for instance, an Albany County jury convicted a man of first-degree sexual assault. It was the first time such a conviction had been secured in nearly a decade—and it took two trials.

That’s one reason why 25 of the 33 U.S. states that now deny rapists parental rights require “clear and convincing evidence” that a person is a rapist, rather than a conviction.

As one expert explained to the Senate Judiciary Committee during the 2019 Wyoming Legislative session, “clear and convincing evidence” means simply that evidence of rape must be highly and substantially more likely to be true than untrue.

She used an example from Kansas, wherein a number of witnesses at a house party heard a woman pleading from inside a locked bathroom for her rapist to stop. The rape resulted in a child, and the man sued for parental rights. Even though the rapist wasn’t convicted, a civil court heard the case and decided the man shouldn’t legally be the child’s father.

As Rep. Jim Blackburn (R-Cheyenne) introduced it, HB-107 did not include the conviction requirement. The House voted to add that provision after arguments by Olsen and Reps. Mike Greear (R-Worland) and Clark Stith (R-Rock Springs). Stith successfully brought an amendment to require a rapist be convicted of first-degree sexual assault to lose his parental rights.

The Senate later stripped the conviction requirement out of the bill entirely, returning the “clear and convincing evidence” standard.

In a compromise between the two chambers, the new law now allows termination of parental rights for convictions of first- and second-degree assault, as well as first-, second-, and third-degree sexual abuse of a minor.

“At least it’s a start,” said Tara Muir, policy director of the Wyoming Coalition Against Domestic Violence and Sexual Assault. But she’s worried it’s not enough to keep from re-traumatizing mothers who are raped, give birth to the child, are forced to face their rapists in court, and then—without a conviction—must cede parental rights to their rapist.

Stith, an attorney, seemed to mine his brain for circumstances in which leaving the conviction requirement out of the bill could have unintended consequences. He said, for instance, if a female teacher had consensual sex with a male student that resulted in a child, the mother would lose her parental rights. “She’s no longer the mother,” he claimed.

Stith even imagined a scenario where a prison guard and someone out on probation or parole met in a bar and had consensual sex. “They have a child, and the correctional employee automatically loses his or her parental rights,” he said.

“I think proponents of this bill do not necessarily hold the moral high ground,” Stith concluded. “Because the cost in those circumstances, that happen more frequently than you might imagine, [is] depriving the child of their parent.”

Passing any bill whatsoever to terminate the parental rights of rapists has been difficult for Wyoming’s Legislature.

Lawmakers first considered the issue five years ago, but a bill to terminate rapists’ parental rights died. Similar measures met the same fate for the next three years in a row. Many legislators believed the issue finally had to be addressed in 2019.

“That was a heartbreaker.”

If not, warned Rep. Pat Sweeney (R-Casper) during floor debate, “We may end up with nothing.”

When the House took a roll call vote on whether to adopt the Senate’s version of the bill—and the “clear and convincing evidence” standard, rather than the conviction requirement—the motion passed, 31 – 28. But suddenly seven House members stood and changed their votes, killing the concurrence 24 – 35.

“That was a heartbreaker,” Muir said of the lawmakers’ changed votes.

When HB-107 went to a conference committee for negotiation between the House and Senate, the conviction requirement stood.

As a slight silver lining, Wyoming will now qualify to receive some additional federal funding for efforts against sexual assault and violence against women under the Rape Survivor Child Custody Act passed by U.S. Congress in 2015.

Wyoming Legislature rejects all Medicaid-related bills, good, bad, and otherwise...
Scroll to top
Share this ArticleLike this article? Email it to a friend!
Email sent!