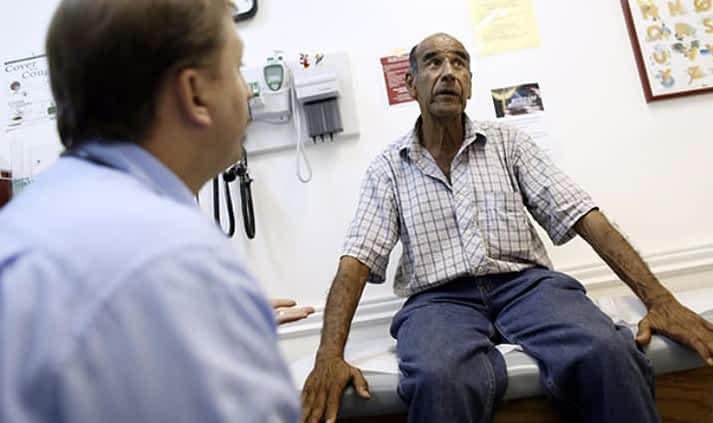 The Legislature huffed and puffed and, in the end, maintained the status quo.

Something about the word “Medicaid” just makes Wyoming lawmakers want to kill.

Kill bills, that is.

During the 2019 session, the Legislature rejected one actual Medicaid expansion bill, another measure to study the issue, and yet another to impose work requirements on existing Medicaid recipients.

This amounted to a whole lot of hoopla to maintain the status quo.

Of all the Medicaid-related bills, Senate File 146 came closest to passing.

Three of Wyoming’s neighboring states expanded the program via ballot initiative last election. Scott said that Senate leadership had asked him to sponsor the bill. 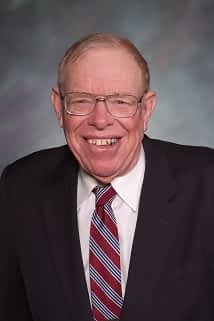 To casual observers, SF-146 may have appeared to be a serious attempt to examine the feasibility of Medicaid expansion. But it was really a slap in the face to the state Department of Health, which began studying the issue in 2011 and found myriad reasons to expand the program.

Scott has routinely accused the DOH of wanting to expand Medicaid in order to secure more federal funding, since DOH administers the program in Wyoming.

DOH Director Tom Forslund told the Senate Health Committee that he could provide the information the study promised at the cost of zero dollars, since his department had already done the work.

In addition to providing nearly 23,000 low-income, childless adults access to health insurance, the DOH found that expanding Medicaid would prevent an estimated 111 premature deaths annually. The federal government would have paid 100 percent of the expansion costs for the first three years, which totaled $120 million each year.

But the Legislature, led by Scott’s incorrect claim that the feds wouldn’t live up to their funding promises, has now rejected expansion for seven straight years.

It’s hard to imagine what new information Scott—or anyone—thought a study would find. But it doesn’t matter now. SF-146 died on third reading in the House, with a 28 – 31 vote.

Wyoming lawmakers often try to impose work requirements on Medicaid recipients, or any other “freeloader” who receives public services.

“Taking someone who’s already down and pushing them further down? That’s not what we do in my community.”

This session, Senate File 144, sponsored by Sen. Larry Hicks (R-Baggs), was the vehicle for work requirements. It would have affected all “able-bodied” Medicaid recipients between 18 and 65 years old.

Disabled people, pregnant women, single parents with young children, and some others would have been exempted from the proposed work requirements. But approximately 3,200 current Medicaid recipients would still have had to comply.

The bill stated that Medicaid recipients could meet the requirements by performing 20 hours per week at a job, employment training, school, or volunteering. Under SF-144, the Wyoming DOH would have applied to the federal government for permission to implement the requirements and negotiate exact terms.

The Senate passed the bill by a 23 – 5 vote. But it just squeaked by the House Labor and Health Committee, 5 – 4. Then it ran into further trouble during the House Committee of the Whole debate.

“I would suggest to you that the worst thing we could do is take away their healthcare,” Barlow said. “Taking someone who’s already down and pushing them further down? That’s not what we do in my community.”

The proposed work requirements would have thrown an estimated 1,700 people off Medicaid. That would have saved the state of Wyoming and the federal government $5.6 million a year each.

But it would have forced those without any health insurance to seek care at emergency rooms.

The Wyoming Hospital Association testified that the cost of uncompensated care at hospitals—already $130 million annually in Wyoming—would increase. Those costs would be absorbed by hospitals’ charging healthy patients more for treatment and insurance companies’ raising premiums.

SF-144 passed its first reading in the House, 30 – 28, with the help of lobbyists from a national right-wing think tank, Opportunity Solutions Project. But the bill lost much of its support thanks to the opposition of Barlow and others.

Another bill to impose Medicaid work requirements at least would have done so while expanding the program to tens of thousands of currently uninsured people in the state.

HB-244, sponsored by Rep. Andy Schwartz (D-Jackson), was this year’s version of a Medicaid expansion bill. The work requirements portion was obviously meant to entice far-right legislators to try to win their support.

In testimony to the House Labor and Health Committee, Wendy Curran of Blue Cross Blue Shield of Wyoming—the only insurer in the state that offers policies through the Affordable Care Act—said Medicaid expansion was “the only tool left in the box” for the state to see lower insurance premiums for everyone.

The bill survived that committee, but the House killed it shortly after, with a 23 – 36 vote. It included the same 20-hour work requirements as SF-144.

The Legislature’s failure to approve Medicaid expansion after seven years leaves little hope that any piece of legislation is going to do the job. That means a ballot initiative is the only option left for its supporters.

Idaho, Nebraska, and Utah all passed Medicaid expansion last November via ballot initiatives, with help from out-of-state organizations. Wyoming is one of only 13 states that have not expanded the program.

Young conservatives led the most successful push in Wyoming’s history to end...
Scroll to top
Share this ArticleLike this article? Email it to a friend!
Email sent!