There’s not really a more delicate way to put this: The Wyoming State Legislature doesn’t give a shit about “local control.”

Sure, lawmakers pay lip service to it. They like to say: “You know, I believe the government that governs best is the one closest to the people.”

But it’s nonsense. The Legislature likes local control when it means the Legislature’s control versus the federal government’s.

Otherwise, Wyoming legislators are happy to play tyrant over county commissions, school boards, city councils, and any other local governing body that falls beneath their fiefdom.

Got a local problem? Bring it on down to Cheyenne.

Consider the case of Senate File 49, a proposal brought by billionaire megadonor and failed gubernatorial candidate Foster Friess, on behalf of a private religious school his family is trying to build in Teton County. 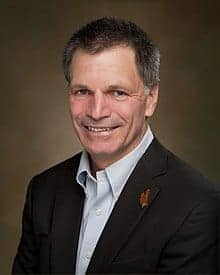 The commissioners denied the third variance, which dealt with the sheer size of the proposed structure. The ruling would have meant the Classical Academy might be without the extravagant gymnasium and cavernous performance hall it plans to erect.

Instead of making any concessions, further negotiating with the county, or taking the matter to court, Friess and his cohort brought their problems to Cheyenne for the Legislature to deal with.

Whenever the Legislature tramples on the authority of local governing bodies, lawmakers try to find an excuse to do it—some value they can hold up and claim is more important than dumb ol’ local control. That way, when lawmakers whine about “federal overreach,” they won’t seem like complete hypocrites.

In the case of Friess’ private school bill, the value they chose to uphold over local control was “school choice.”

The Legislature has spent the past three years unhappily dealing with the fact that it must adequately fund public education. The Wyoming constitution demands it. As the coal industry has plummeted, and the mineral tax revenue the industry once generated has disappeared, the Legislature has lost a critical source of money for schools.

Even after cutting $100 million from the state’s annual education budget, the Legislature has still come up short in its effort to close the funding gap. Lawmakers have been unwilling to raise any new revenues. As a result, more and more legislators are enticed by another possibility: privatizing education; or, as some like to say, promoting “school choice.”

The language of privatizing education

“School choice” advocates in the Legislature flocked to SF-49.

None could counter the argument that it’s wrong to strip every Wyoming county’s zoning authority because of one dispute in one county. They didn’t try.

Instead, the bill’s boosters steered the conversation again and again to the benefits of private schools.

“The whole purpose of this bill is to put private schools on a level playing field with public schools.”

Sen. Bill Landen (R-Casper) put it succinctly to the House Corporations Committee. He said he was hesitant about supporting SF-49 because it undercut local control.

During debate in the House, lawmakers argued that private schools are treated unfairly in Wyoming because they have to abide by zoning laws.

“The whole purpose of this bill is to put private schools on a level playing field with public schools,” Rep. Tyler Lindholm (R-Sundance) said.

Lindholm failed to mention that public schools are exempt from zoning laws because building a public school involves a lengthy, public process conducted by elected officials and guided by community input.

Several legislators pointed out that Wyoming spends an average of $17,000 per year on each K-12 student. By that measure, they said, having the Classical Academy educate a couple hundred kids saves the state a chunk of money.

“It would cost $2.5 million to send these kids to public schools,” Clem told his colleagues. “That’s a huge swing of money and resources. We give tax breaks and incentives to all sorts of businesses. But none has the bang for the buck of $17,000 per customer.”

Only three percent of Teton County’s land is available for development—the other 97 percent is public, protected land. It’s one of the few counties in Wyoming that actually attracts a growing population, and much of its attractiveness is tied to its open spaces and abundant wildlife.

So, local officials have crafted a careful, coordinated set of rules to guide growth and strike a balance between various pressures and interests. These rules apply to all private development—except, as of today, private schools.

Schwartz also pointed out to his colleagues that Teton County has, by far, the highest voter turnout in the state. It is one of Wyoming’s best examples of a robust representative democracy. Voters are very engaged, candidates hold numerous debates, and “by the time you get elected, the people know what candidates stand for and that they’ll represent you,” Schwartz said.

The zoning rules in Teton County, Schwartz said, were the result of widespread and informed civic participation. They are what the majority of an informed populace chose. As much as any single example in the state, he said, they epitomize local control.

But Teton County’s local control doesn’t mean much in Cheyenne. And it doesn’t even take Foster Friess to set lawmakers against it.

During a committee hearing on one of the other bills to override Teton County zoning during the 2019 session, a rancher complained to the House Corporations Committee that Teton County rules wouldn’t let her family subdivide their ranch. This, she said, was a violation of her family’s private property rights.

Rep. Lindholm—who’s from Canada—said the planning and zoning officials who had crafted the rules to help protect wildlife habitat didn’t seem “to understand what the Wyoming way of life is all about.”

With that, the committee marched the bill forward with a 9 – 0 vote, giving Teton County a taste of “the real Wyoming.”

Wyoming Legislature does nothing to address the “State of Insecurity” low-income...
Scroll to top
Share this ArticleLike this article? Email it to a friend!
Email sent!